OK, two more tournament-related posts and I'll move back to other things. First, I want to wrap up my impressions of the second New Eden Open. That won't take very long. Then I want to talk about what I think makes for a successful tournament team. That will take even less time. This is the first post.

Back in August after AT11 wrapped up, I wrote the following (condensed a bit):


How many really good tournament teams are there in EVE? Because frankly, with the current design of EVE tournament play, I don't think it's very many... And the more tournaments CCP has with its current design, the fewer really good teams I think we're going to have. We're going to see a snowball effect where fewer and fewer players will be willing to make the sacrifices necessary to be really be competitive in tournament play and I think those players will respond to it by moving either temporarily or permanently to alliances that support that play style.

In short, tourney play in EVE is in serious danger of becoming just like every other play style in EVE: dominated by a small number of groups that wipe out their competition in the meta-game rather than the actual game-game.

It's probably no surprise that I continue to hold that opinion seven months later.

If anything, things have gotten worse in the last seven months because a lot of teams that had the potential to be high-end teams simply didn't seem to care about the NEO. Look at Exodus's performance in AT11 versus in the NEO, for instance. They did... OK. But at the first sign of real abuse, they crumbled. And this is the third place AT11 team. The gap between the top-tier teams and the lower-tier teams is only getting wider and deeper than it was last summer.

What we're seeing more and more from tournament play is that teams are only as good as their practice partners. THINGY had Hydra Reloaded, the second place AT11 team. WeHURT had Exodus, the third place team. Hydra pretty clearly made knocking Pandemic Legion out in the meta-game a priority. That came out in public this weekend. All signs point to the fact that they were successful, invading the PL practice wormhole, leaving URLs to demoralizing screen-shots of their comps, and taunting them with even more embarrassing Youtube videos. PL took it in stride, sure -- but they used to be the masters at doing this to other people. And I do notice they got knocked out of this thing remarkably early. 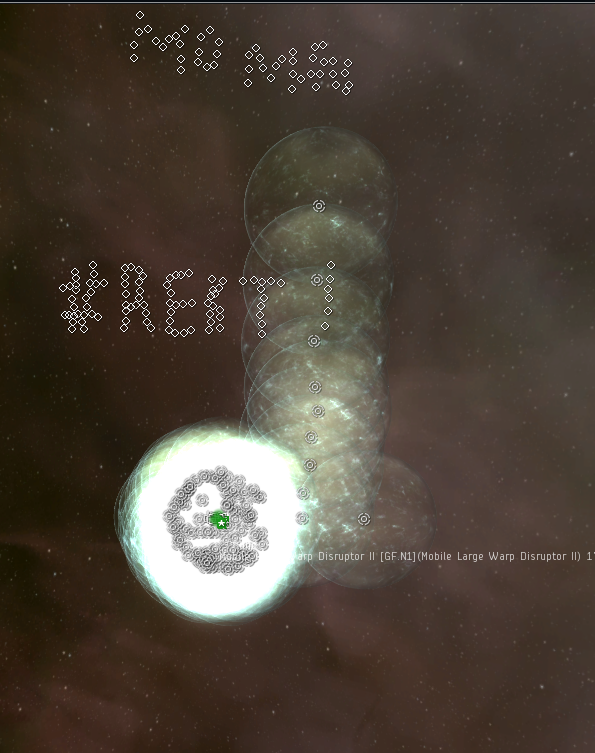 As I said last year, these things are being won in the meta-game before the first shots are fired. Look for Hydra and PL to watch the good pilots from WeHURT and THINGY and a few other teams and add them to their rosters. The way CCP is running tournaments right now, they'd be foolish not to. In much the same way Goons are smart to abort threats to their sovereignty in the crib, strong tournament teams are smart to poach good tournament pilots before they can lead other teams to tournament victories. Because if another team takes a tournament victory, that's a set of tourney ships that Hydra and the other top-tier teams have to buy from others instead of having in their own hangars.

Winning tournaments is in large part about dedication and execution; the latter comes from practice. The players willing to put in the work will be more than happy to do that work for teams that have a chance of winning. Why should they stay with teams that don't? And without the players that have that drive and dedication, lower tier teams aren't going to be a threat.

As a mid-grade team threatens to break into the top tier, a strategic poaching or two can firmly knock them back down into the lower-tier teams. We've seen it happen a lot. Hell, I'm getting a close up view of it in Rote Kapelle. So yeah. What we've got here from the player side is an "expanding share of a shrinking market" situation. Historically, that never ends well.

That said, this isn't just the fault of the top-tier tournament teams. CCP has to take some responsibility here as well.

So what we've got is a goose laying golden eggs, but those eggs are only available to a tiny, tiny minority of EVE players who are playing Pokemon with them. And the audience to watch the collection of these eggs is either holding flat or getting smaller. For most of the second NEO, the audience averaged around 3500 people. Last year, the average was 4500. The peaks were the same: a bit over 6000. But even that represents, at the very very most, some 3% of the EVE population. The other 97% simply doesn't care.

Tournament money is only as good as the potential it has to bring in new players, or retain the players already playing. If this stuff can't expand its audience, CCP has no particular reason to keep doing it. I personally love EVE tournament play but this time around, I have to admit to feeling bored through a lot of the proceedings. I was watching it because I felt like it was my job to watch it and report on the proceedings to you fine people.

But there's a limit to the number of times I can watch the Harlem Globetrotters beat the Washington Generals over and over again. 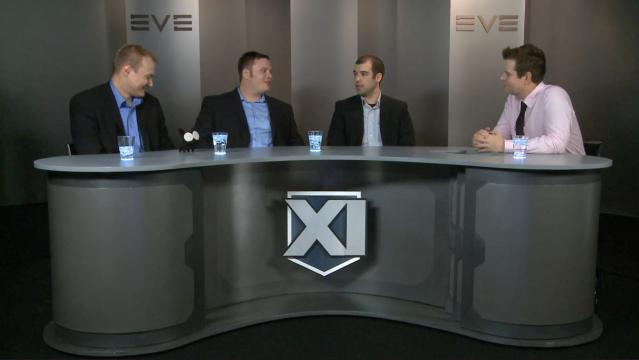 Oh yeah: one final question: did tournament cat go to Ireland with ex-CCP Soundwave? Last seen: AT11...
Posted by Jester at 11:31 PM