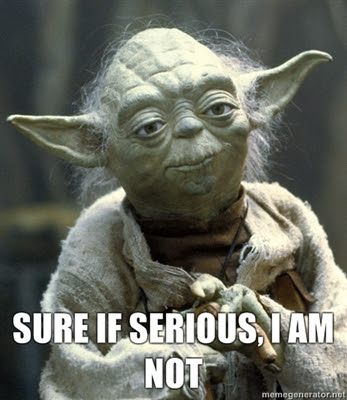 So, given that my alliance is fighting Pandemic Legion at the moment, I would be remiss if I didn't mention that rumor has it that PL was hit by massive corporate theft today.

Of course, that won't stop me from watching X-70 for fire sale dreads (and maybe a carrier).  The location of these potential purchases is quite convenient for me, after all.  ;-)

Though if it is for-real, then I would expect PL to quietly congratulate the thief and then make him a cash offer for the goods.  That seems to be the standard practice with big corp thefts in EVE these days (somer.blink, for instance).

To the larger issue, though: if it is for-real, then I will again go full Dogbert in my response.  On the one paw, nobody plays the meta game in EVE better than PL.  If they were hit with a two or three hundred billion ISK karmic bat, then even the PL guys would probably have to admit in their heart of hearts that nobody deserves it more than they.  They've probably inflicted ten times that amount in losses in this campaign alone.  Their meta-gaming is a big big factor in those successes.  They richly deserve to get some of this back.

On the other paw, I'm not a big fan of the meta-game in general.  There's no way to stop it, of course.  All you can do is deal with it as best you can.  But let's face it, EVE PvP is huge fun even if you're getting your teeth kicked in... as long as the fight is reasonably fair.  I've watched whole fleets get wiped out and yet the people flying in them are still high as a kite afterward and are ready to go out again.  But getting your teeth kicked in because the other guy has a spy on your comms or has stolen all your ships out of your hangar?  Not so much fun.  The only person that has fun then is the spy or the corp-thief.  Even the guys that benefit from the spy or the corp-thief don't have much fun: it's just forgettable.

This could also be a bit of a morale set-back for PL.  They've lost tons of caps to the NC over the last couple of months, and losing even more this way (something they're decidedly not insured for) might cause them to seek their fortunes elsewhere for a while so they can cash back up a bit.  And that would be a shame, because PL brings awesome fights, and I'm learning a lot watching them and fighting them.  They really are the best at what they do, as far as I'm concerned.  The last few months have been highly educational.

Anyway, if this is for-real, the smart thing for the thief to do might be to put all those ships up on contract, at slightly inflated prices, under the heading of them being collector's items with a Certificate of Authenticity.  Really play it up.  After all, there are probably a couple hundred NC care-bears that would love to inflict a little personal payback on PL.  ;-)