OK, fair warning.  This is going to be a long post, even though it's only going to touch on one issue: jump bridges.  However, this one issue is shaping up to be the issue of the CSM6 campaign.  I think every candidate is going to have to pick a side.

If you've read any of my blog at all, you know my position on jump bridges.  I wrote a major position post about it a month ago.  But here's my position in a nice tl;dr two sentence sound-bite:

No, I do not think jump bridges should be removed entirely.  However, I agree they are currently too powerful and too easy, and they need some major adjustments (and I have some ideas as to how).

Last week, there were three posts directed at the Goons on this issue.  They went public last Monday, 7 February.  I'm not going to post them here in their entirety, because they're pretty long, but if you like, you can read them yourself either on Scrapheap or on Kugu.

For those who don't want to bother, here's the gist:


...it is CSM time, and the current crop of idiots is looking to ruin everything we know about sovereign space despite having never lived there themselves. We are now uniting with our allies (and even our nominal foes) to ensure that the Nullsec Bloc seizes control over the CSM, Jump Bridges aren't removed from the game, and that CCP is forced to get a clue. 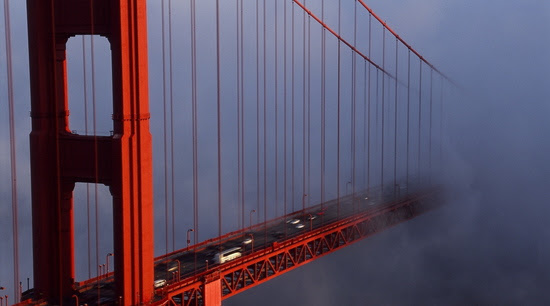 There's more details, and some of them are pretty interesting (one post claims that Vuk Lau will not be running for CSM6 because he's in the process of moving).  There are further details about likely candidates, who may or may not have public positions outside of simply expecting votes out of their own power blocs.  It's certainly being discussed!  On Scrapheap, as of right now (3:30pm Pacific) there are 13 pages of over-reaction, flames, and counter-flames.  The Kugu post has 23 pages of the same.

The gist of the argument is the feeling that without control over the CSM by large sov-holding 0.0 alliances, CCP is going to nuke all the jump bridges.  The source of this rumor is of course the December 2010 summit minutes, in particular the discussion with CCP Greyscale in part three.  The posts themselves are fear-based politics at its finest.  Here are the two relevant quotes that prompted the posts:


Greyscale: “Sweet!” – meaning [removing all jump bridges] will then not be discarded when the topic of jump bridges will be on CCP’s table.


As a result of this discussion, Greyscale committed to investigating the possibilities and consequences of the following changes ifas (sic) and when time was allocated to do sostuff (sic): No drones on supercarriers, jump-bridges die the true death, supercarriers become tier-III carriers, storage of supercapitals, and cyno spoolup.

The first one is critical: CCP is obviously considering a lot of options, at one end being to leave JBs alone and at the other end, making them "die the true death."

But at the risk of repeating myself, jump bridges are currently too useful for those who live in deep 0.0 to reach PvP areas, and are the only current decent counter to super-caps and therefore, the only thing preventing even more super-cap proliferation.  In addition, without relatively easy logistics, many elements of the game will become un-fun, something I am strongly against.  Over time, and as some of these issues are addressed, I agree that JBs can and should be scaled back.  But as I've said once already, what's needed here is a scalpel, not a sledgehammer.  The issue needs to be looked at very carefully.

Had I been in the room when the topic of JBs come up, I would have brought up some of these issues, and more besides.  It seems very clear now that Vuk Lau would have done the same, but he wasn't there.

Now, let me answer the obvious retort: "Of course you'd think that way, Jester, because you are a vile vile vile NC member.  You have every reason to defend the status quo."  Fair point.  But I've already gotten into trouble with my vile vile vile NC brethren by suggesting that jump bridges need major changes and are too easy, so I guess I'm going to catch it from both sides.  ;-)  The truth is that I've been in two alliances with decent JB networks now, and their utility for quickly reaching PvP far outweighs most or all of their disadvantages.  Jump bridges and Titan bridges are the only things giving EVE any possibility for "instant on" PvP.  Super-carriers are not proliferating by accident.  A major reason they're proliferating is because when you're sitting in one, you have the possibility of instantly jumping into a fight.  EVE is losing players to World of Tanks because WoT can offer this functionality, all the time, for every kind of tank.  Until there is an alternate solution in place that allows a 0.0 resident to quickly reach PvP, jump bridges need to stay in the game.

I actually do like Greyscale's overall vision for 0.0, a Balkanized series of baronies and dukedoms reminiscent of Dark Ages France.  It's a cool idea.  But the EVE universe, as it exists today, can't support it.  If I owned a barony in Dark Ages France, I could feed my people without having to send a caravan to Paris every week.  The same can't be said for current 0.0.  A lot of ships and materials that undock from Jita 4-4 go directly to 0.0 and never come back to Empire.

So, will the effort by the large 0.0 alliances to control the CSM be successful?  It has a good chance.  It's going to take about 1500 votes, in my estimate, to ensure a CSM6 seat.  The Goons control 5000 votes.  Test, another 5000.  The Droneland Russians can put together about the same, or perhaps even more.  The NC, ironically, is much more fragmented and it's likely that several of the major alliances will each put forward a candidate.  Smaller alliances like mine in the NC won't even register on that radar at all.  As I've said before, the NC is not the united behemoth that a lot of people like to imply it is, and certainly not about this.

But I would hate to see CSM6 become a one-population, one-issue CSM.  That would surely break the momentum built up by CSM5 and go a long way toward rendering the CSM in general irrelevant.
Posted by Jester at 4:22 PM