This weekend promises to be busy in New Eden!

Why?  Well, there's this, posted on Kugu: IT is shutting down major operations, effectively killing the alliance.  Could this be a troll?  It could... but it doesn't feel like one.  This one feels real.  It's not a panic post, or even particularly dramatic.  It just lays down a few basic facts and walks away.  But those facts spell the end of one of the biggest alliances in 0.0.


The in-game alliance will not be closed and some corps will remain in IT going forward beyond that date. That is up to your individual corps, don't bother posting here asking, instead go ask your directors and CEO.

Which corps?  I'm betting Evolution is one, for some reason... 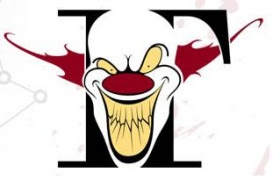 I'd also bet money that this does not mean we won't see big fights in Delve over the sov there.  IT aren't true masters of bombing techniques the way some other alliances are, but they are good with cloaky tactics in general.  I've personally faced a mixed IT Recon/Bomber gang, and they're no joke.  They also know the space, they already have good bookmarks, and they have the potential to make things embarrassing and expensive for any invader, even with most of the inhabitants gone.

Those that remain are going to be the best PvPers, ticked off, and motivated.  This is a dangerous combination for an invader if you're trying to grind ultra-boring reinforcement timers.

The other big advantage IT is going to have is that with them regarded as "beaten", this could go a long way toward stalling out Goon/Test participation.  The rumor floating around is that Goons were going to leave the final conquering of Delve for AAA and the reborn Atlas. (yes, they're back) anyway.  That takes the "overwhelming odds" card off the table as something IT would have to deal with.  AAA/Atlas. can put a large force on the field, but not an overwhelming one.  And of course, IT will still have access to a lot of stations during this interim grind.  So I expect some really fun developments down south over the next couple of weeks.

Unrelated, but good news: Mord from Fiddler's Edge is apparently changing his mind and staying in the EVE blogging business, which is excellent news.  I've already said what high regard I hold this blog in, so I encourage you to add it to your regular reading list if you haven't done it already.  The updates are infrequent, but always worth immediately checking out when there is an update.

Lots and lots of people declaring CSM candidacies!  This promises to be a busy and crowded field...
Posted by Jester at 8:08 AM