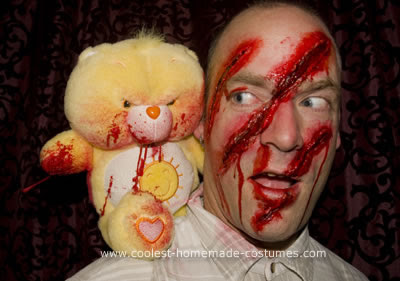 Battle reports aren't going to be common on this blog, but last night was so much fun that I have to share.

For various reasons, we had to slip a full-size freighter into 0.0.  There are some sov modules that only a full freighter will hold.  Our high-sec to 0.0 entry gate had been camped on and off all afternoon, so we put together an escort fleet to get the freighter through.

The evening also corresponded with a scheduled roam in our alliance.  The theme to the roam was Trafalgar, and more specifically, a famous quote from Horatio Nelson:


No captain can do very wrong if he places his ship alongside that of the enemy.

In other words, heavy and super-close range.  Finesse?  Pfft.  That was for the other guy.  We were going all-in, DPS and tank, baby.  No logis allowed, and just a couple of cloaky scouts for warp-ins.  Fun would be had by all.  ;-)  Needless to say, we all insured our ships and tried to discourage anything T2 from coming.

When we undocked, the FC laughed.  "Our tackle is two Hurricanes," he said.  I grinned -- I was one of the two.  Ripard doesn't do battleships, but that was the bulk of the fleet: pulse Abaddons, Geddons, and Apocs, Typhoons, even a couple of torp Ravens.  To that were added six or seven BCs, split between the races.  A couple of people joined us in inties so we'd have a chance of catching something.

Apparently, we caught the PL scouts by surprise too.  The freighter gets moving and it's now a race.  They have to get a Sabre into position ahead of the freighter, not have it die to our gang, and somehow get a large enough gang of their own to the Sabre to inflict the kill.  And battleships and a freighter don't race very well...  Soon, I can see the Sabre is ahead of us, or all but.  He's using his jump-in cloaks really well.  This guy knows what he's doing.  Now all they need is a cyno ship and we're in trouble.  A Stabber appears behind us.  That tears it.  It's usually safe to assume that any PL ship of cruiser size is carrying a cyno, a covert cyno, or both.  Sure enough, he's bragging in local about the hot-drop he has prepared for us.

He probably should have concentrated on flying, though, 'cause he's slow.  Or maybe he's just trolling.  We secure the high-sec gate and the freighter soon lands and jumps through, safely into high-sec.  Whew!  Got away with it twice.

Now it's time to start our roam.  "What do you guys say instead we go camp PL in X-70?" the FC asks.  There's a moment or two of silence, then we all start to laugh.  Well, our ships are insured...

The good news is that the PL scouts won't expect close range from us.  Their scouts probably haven't gotten a good look at our fleet.  We haven't done any close range tactics against them, having stuck instead to mid-range.  Close range is PL's strength.  Can we really out-PL PL?  It doesn't sound likely but it does sound fun, so to X-7O we go.  And land on the station they've claimed there.  And camp the undock.

There's about 30 of us in fleet, and about an equal number of PL in Local, all of whom it turns out are docked up.  But their response doesn't take long at all.  "Align to the sun," the FC orders.  Local starts spiking and we're soon out-numbered.  "Everybody warp!" is the follow-up order.

Someone saw us warp because PL ships start landing on the sun before we're even aligned.  First to land is a PL Sabre, who dies almost instantly.  But he does get a bubble up in the middle of our fleet.  Then the rest of the PL fleet begins landing...

...inside their own bubble.  Surrounded by carebears in ultra-close range battleships.

And they're in mid-range ships, anchored around six Tengus and shield logi.  Tengus?!  WTF?  Does PL even know what a Tengu looks like, except to kill them?  Apparently they do, because there they are, big as life.  Happily, though, their fleet size is comparable to ours.  The rest of PL in the system must be AFK.

A Cynabal lands in the center of the bubble and tries to flee.  And fails.  A pair of Basis land next to him.  One melts in less then ten seconds, the other escapes the bubble in structure.  A pair of Dramiels land in the same place and both are driven off.  Next is a Broadsword, only 4000 meters from me.  I start to laugh again.  He lasts a little longer because PL reps are finally starting to take hold, but they're not even close to being enough with the two Basis gone.  The Tengus are opening range as fast as their little legs can carry them.  A Hyena -- of all things -- lands next to us, but dies so fast he can hardly be said to have been there at all.  The Sabre bubble collapses, the Broadsword is dead, and the frigs are driven off.  The PL fleet is rapidly opening range... so we warp off.

We lose a Scorp and four BCs killing an equal number of PL in far more expensive ships.

We reach a safe-spot, giggling.  There's a bit of chit-chat: how did PL get on the field so fast?  They were logged off in space, someone says.  Faster reaction time that way, I say.  "We've over-stayed our welcome here, FC, and they know our ship types now," I then add.  I'm usually very quiet on comms when I'm not the FC, but not this time.  Someone says that's our weakness: pushing an advantageous position too far.  The FC agrees; we're leaving.  One of the scouts reports PL is camping the R-6 gate, our obvious exit.

I suggest we catch a nearby jump bridge in the opposite direction of the camped gate, which will take us 10 jumps away from them.  Is this a dick move?  You betcha.  Is using blue bombers to hot-drop ratters a dick move?  Yep, that is too.  In this game, you use the advantages you have.  We get moving, and again catch PL by surprise.  It takes them a couple of jumps to get a scout on us, and we reach the jump bridge system successfully with only one Dram on our tail so far despite the number of slow battleships with us.

The FC orders an alignment to the other gate in the system.  I ask him to confirm that, and remind him of the bridge.  "We're only a few jumps from home," he says.  I successfully resist the urge to face-palm.  He's a new FC, but he's done a solid job so far and this is no time to argue with him.  A switch is flipped in my head, and I can hear it being flipped in the heads of the other remaining BC pilots as well, most of them experienced PvPers like I am.  Our job has just changed: we have to get the BSs out.

Instead of warping off at the next couple of gates, the BCs align or hold cloak instead.  There's the Dram.  Soho Torres.  I've fought him before; he's really good.  I hold my cloak and happily he decloaks less than 6000 meters from me.  I decloak and hit him with everything I have: scram, neuts, close-range ACs with faction EM.  The other remaining BCs do the same.  He melts into deep armor under the barrage, limping away with only enough cap for one AB cycle, then warps off, all thoughts of catching a straggler forgotten.  The BSs all warp off safely when the next PL comes in, a Sabre.  That's our cue; the BCs warp off.

An aggressed BC is caught on the exit gate, and happily, enraged PL FC best FC.  He stays to kill it, aggressing his fleet on the gate.  Unfortunately, they catch an Absolution and two more BCs as well and kill those.  But we don't lose any of our expensive battleships, so we're still ahead on the ISK war, particularly when you take insurance into account.  The few surviving BCs fall behind, letting the wave pass over us.

I personally jump backwards one system to catch the jump bridge and there's an Arazu and a Dram waiting for me.  I check the Dram pilot's age and kill record as I hold cloak, then grin.  He's probably inexperienced.  I try an old old trick on him, which works like a charm and I warp off safely.  He bitches in local that I must be stabbed.  Must be.  Hee!

The rest of the fleet gets home safely with no worries.  A few people even start to rat.  Then an enraged PL fleet arrives in system, 20 strong.  They hang out one jump away for about an hour, but we feed data on them to the regional intel channel and warn anyone logging in of their presence, and they get no further kills.  And as a bonus, since they're camping us, they're not camping D2.  You're welcome, guys.