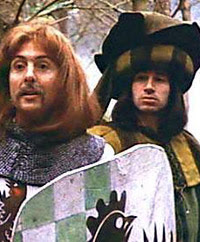 Last night, The Mittani posted in Jita Park that Vuk Lau has chosen to resign his seat on CSM5.  On paper, the reasons can best be described as obscure.  In reality, they're almost certainly quite political, and I'm not going to go into them here.  Maybe after the election.

Last weekend, during the excellent interview EveCommune got with CCP Xhagen that I mentioned at the bottom of this week's Quote of the Week, Xhagen mentioned that CCP was very interested in the fact that so many of CSM5 had resigned.

They were concerned that one year was too long for a volunteer position, and that extending the terms from the previous six months had been a mistake.  He concluded, rather ominously, with the observation that CCP would be watching "the next CSM" and making a long-term decision on this during their term.

No doubt T'Amber would ask me at this point,


Would you not consider resigning if you could use it as a medium that could ultimately benefit the community or the game, if there was someone qualified to take your seat or alternate position, even if you had to give up your free trips to Iceland?

My answer is a firm and emphatic "NO!"  Resigning a post -- particularly a volunteer post -- in order to attempt score political points or advocate a cause is regarded by professionals as a rookie move.  Early in my professional career, I resigned an important job in order to make a statement about a cause that I believed in.  My boss at the time could not hide a tiny smile of triumph, and I realized I'd made a mistake.  I never forgot that smile and later, when I got an executive vice president as a mentor, I asked him about it.  He confirmed I'd made a mistake, and had directly hurt the cause that I was an advocate of by the loss of access and influence caused by my resignation.

Still later in my career, now directly working for an executive, one of my peers advocated a political statement in favor of a cause that all of my peers, my boss, and myself agreed with.  However, my boss confirmed that previous advice when he said, "Yes, I understand your point, and we might win the battle by doing that, but we'll lose the war."  He went on to confirm my instinct that it is much easier to influence the flow of events in support of a cause from inside.

The simple fact is that CSM delegates with a six month term would have no influence over anything.  You barely have enough time to say "hello" before it's time to start concentrating either on being re-elected or getting out of the position for the next CSM.  Anyone who can't commit to a one-year term for a volunteer post has no business throwing their hat in the ring to gain such a post.  Yes, a year out of one's life seems like a long time, and a year in a volunteer post is hard work.  But the CSM needs one year terms in order to build the relationships that allow it to have any long-term influence over EVE development.  Without a one-year term, the CSM may as well be a randomly selected focus group.

Anyone who resigns from such a post to show their support for a position is about as effective as a soldier that abandons their post to show the enemy their firm resolve about holding that post.  With these silly political resignations, CSM5 members that are resigning are directly hurting the causes they just spent a year fighting for.
Posted by Jester at 11:58 AM