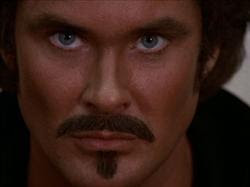 CCP, what the fuck are you thinking?!

Today, just after Fanfest closed for the day, CCP Greyscale put out a little blog post about upcoming changes to sovereignty.  At the end of this devblog, Greyscale casually states:


Some alliances will immediately start wanting to look for better space

Yeah, no shit.  Thanks for the hot tip, Greyscale.  Know how they're gonna "look"?  They're gonna look by disbanding their current alliances and joining the enormous alliances that already hold space with low truesecs.  Because if they don't, they're going to watch themselves bleed corps and individual members... who are going to move as corps or individual members to the enormous alliances.  This devblog's only been out a couple of hours, and I've already got a corp-mate who's bragging that he's happy that he's got a foothold with an alliance with access to a -0.86 system.  Departure of this member from my corp in 3... 2... 1...

Why's he likely gonna leave?  Well, hidden in this innocuous little devblog is this short line:

In plain English, what this means is that Havens and Sanctums, the most valuable types of ratting anomalies in 0.0, will be disappearing from -0.01 through -0.24 systems.  You can make 25-35 million ISK from a Haven or a Sanctum.  As a result, they are generally regarded as being the only anomalies worth doing.  The next type of anomaly down, the various Hubs, are worth about 9-10 million ISK each and take about the same amount of time to run.  Currently, a typical player can make about 30 million ISK per account per hour running Havens and Sanctums if he can get a system with them to himself for any length of time.

Without those Havens and Sanctums, those low truesec systems just became much less valuable.  They'll have so little value without those Havens and Sanctums, in fact, that they're not going to be worth the ISK it costs to upgrade their Military indices at all.  Every system of -0.01 through -0.24 truesec just became the home of miners.  And every small alliance PvP corp and member living in a -0.01 through -0.24 system is -- as of now -- "look[ing] for better space".


the -0.9 to -1.0 band can potentially gain an extra six top sites with full upgrades

Guess who owns these -0.9 and -1.0 systems?  Yeah, that's right.  THE FUCKING BLOB.  Know what this is change to sov mechanics is gonna do?  Make THE FUCKING BLOB even bigger.  Why?  Because every PvP corp and member living in a -0.01 through -0.24 system isn't going to fight the blob to try and take these systems.  They're going to quit their current corps or alliances and JOIN THE FUCKING BLOB instead.  Because there will be seven or eight Havens and Sanctums in their systems instead of four.

CCP has just admitted, in public, that Dominion's major change to the sov system -- the ability to upgrade systems and entice Empire-dwellers into 0.0 to gain these riches -- was a total failure.

And soon, CCP is going to reap the whirlwind of THIS failure.  Every time their servers cry because a system has 5000 players trying to enter it, I'm going to laugh and laugh and laugh...

The preceding has been an important message from Jester's evil twin, Garth.  The management apologizes to any and all whom Garth may have offended.  He was clearly dropped on his head as a baby by his mother.  If he even had a mother.

EDIT (28/Mar/2011): If you've come directly to this post, welcome.  As you've gathered by now, Garth is a bad person, and very rude.  If you want a somewhat calmer perspective on this topic, here's Jester's take on it.
Posted by Jester at 1:01 PM