Quick one. I'm working on a longer post about my continuing playing around with Perpetuum Online, but while I finish that post...

After my initial two posts regarding how similar Perpetuum is to EVE, a couple of people have pointed me at various developer statements saying that the similarities between the two games are either unintended or coincidental. One person even pointed me at an old RPS interview with one of the developers, who states this explicitly:


RPS: I have to ask about the similarities to Eve Online – how much of an influence has CCP’s game been on Perpetuum?
Gergely: Ah, the usual question. To the surprise of many people, the Perpetuum dev team is mostly quite unfamiliar with EVE.

To which I say: bollocks.

The games aren't similar, they're identical. Another website reviewing Perpetuum put it this way:

There are far too many similarities between the two games for this to have been anything but completely deliberate. As I stated in my prior post, Perpetuum even takes EVE Online's choices when those choices make absolutely zero sense for Perpetuum's setting.

But if there's any doubt in your mind at all, have a look at this, an early Perpetuum screenshot: 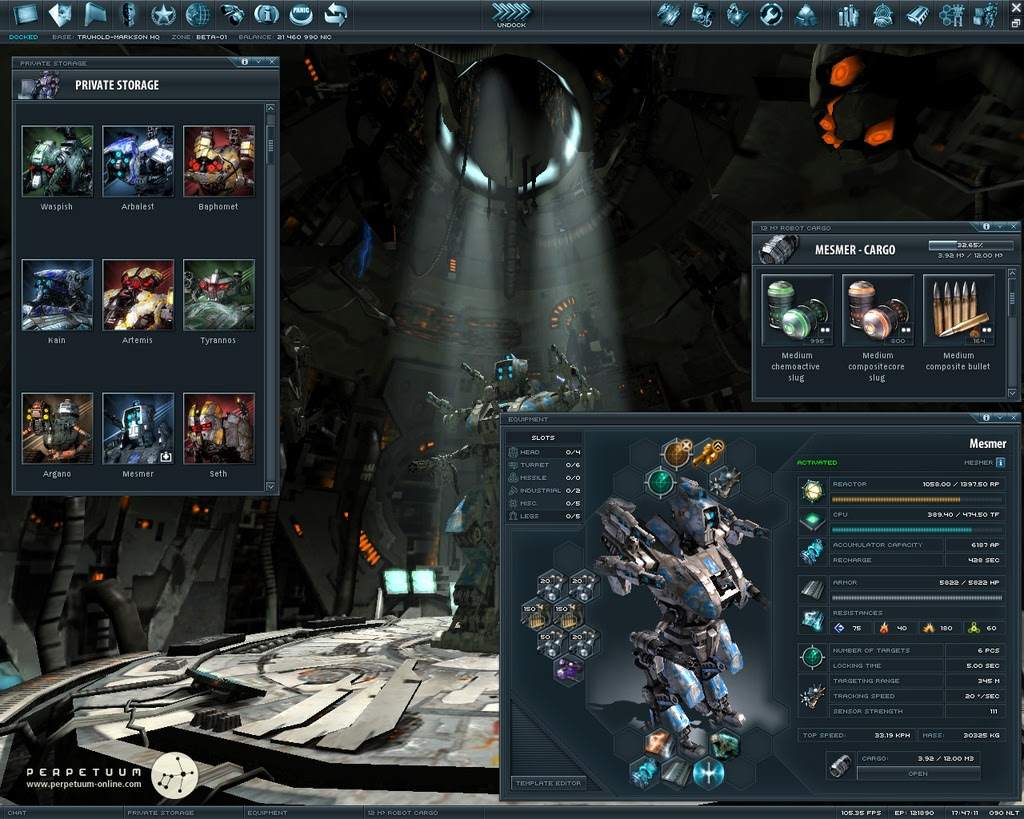 Pay particular attention to the "robot-spinning" background, the fitting screen, the high-medium-low slot layout, the "SLOTS" information table in the upper left of the fitting window, the color-coded robots in Private Storage, and the "Undock" button, top center. Almost every single one of these elements have been changed in the game since this screenshot was captured. In particular, that "Undock" button is now a "Deploy" button, and the very EVE-like arrows have been replaced with a different image.

So the two games are really not very similar at all, are they.
Posted by Jester at 1:59 PM