Week in the Life: Screaming Meercats

Well, it's been a week since I first covered the incursion drama starring HTIDRaver and his alliance, Screaming Meercats.  As you might recall, Raver had vowed that he and members of his alliance would make it their sworn duty to prematurely close high-sec incursions to grief BTL/TDF members.  Then, when war-decs started rolling in on his alliance, he was even more defiant, saying he'd fight off the invaders.  Let's see how the last week has been treating them, shall we? 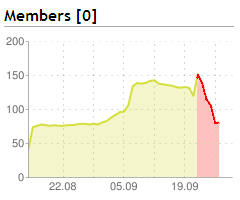 Whoops, looks like they lost 50% of their members before the alliance failed entirely.  Who knew that high-sec care-bears wouldn't like being war-dec'ed?  It was so unpredictable that they'd abandon their alliance in droves, isn't it?

Well, Raver got on the EVE Online forums and asked for people -- Goons, specifically -- to help him in his cause, right?  How did that go?  Hm, here's an interesting response:


I'm sure Goons will be falling over themselves to help HTIDRaver with his undeniably smart public call for "whelp i've wardec'd and people are leaving my alliance".

Goons have obviously been lying in wait for this perfect opportunity to be seen as some random highsec carebear's willing lapdog and will jump at the chance to abandon their current operations in Delve and come to his rescue.

The only tears left are HTIDRaver's. Begging Goons to help get you out of the hole you've been digging yourself for the last few days only comes across as pathetic.

Well.  That's kind of rude!  I'm sure that the 35% PvP efficiency that the alliance suffered after the war-decs hit was just a coincidence.

OK, fine, Screaming Meercats has had a bad week.  But surely Raver is such a charismatic leader that his own corp, Incursion Runners, isn't suffering too badly, right? 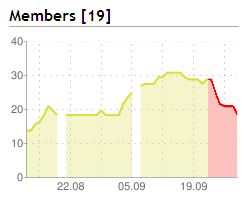 Well, that's not ideal, I'll grant you.  Fortunately though, incursion runners are forgiving sorts of people.  Raver's alliance is dead, he's essentially surrendered to the war-decs, his credibility it shot, and even his own corp members are abandoning him.  I'm sure they'll leave well enough alone and not war-dec Raver's corp now that it's out of the alliance he created--