I want The Door back

Ship spinning is back and it looks great! Looks a bit better than the old ship-spinning, in fact: I can see my entire Archon. ;-) The button to enter the CQ is fine; I'd make it slightly more prominent or merge it into the UI a bit better. It looks a little clunky. But The Door did have one advantage: it only utilized one of my graphics cards about 20%. While the ship spinning environment looks great, it uses double that: 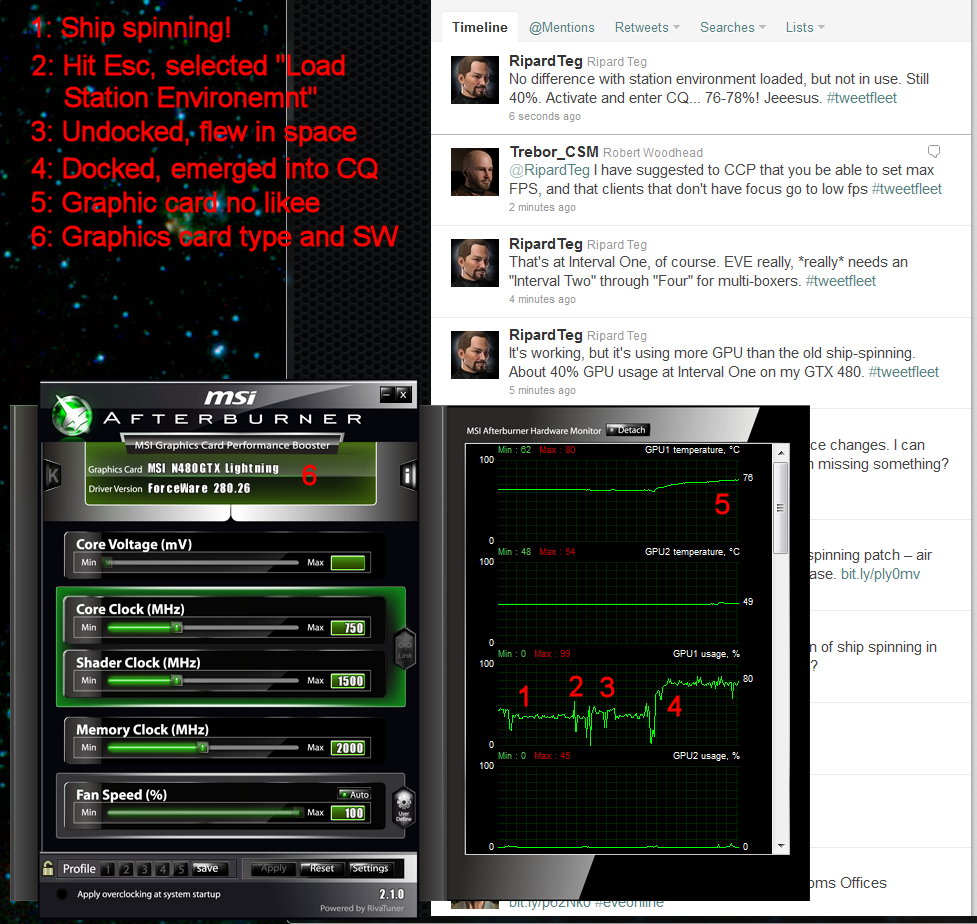 My graphics cards are twin MSI Lightning III Nvidia 480GTXs with 1.5GB of memory each. These aren't out-of-date cards: far from it. I bought them six months ago when they were very near top of the line. And ship spinning, at Interval One, is driving them at 40% utilization.

The good news is that when not in use, but loaded, GPU utilization doesn't go up. The bad news is that something has been done to the CQ environment. Prior to this patch, a single CQ was driving my card at 68% utilization. Now it's pushing 80%, with the resulting impact on graphics card temperatures (see #5 in the graphic above)...

Is there some known issue with the 480GTX that I'm not aware of?

In other news, it'd be really, really cool if there could be additional Interval settings for multi-boxers. Right now, if I have two clients set at Interval One, both run at 30 FPS each. Increase to three and they drop to 15 FPS each.
Posted by Jester at 8:10 AM