Getting back to basics

It turns out that if you have a bunch of artists sitting around that no longer have to design NeX clothes and WiS environments, they can get a lot done.  ;-)

CCP has now released two video blogs from the art team, which you can find here and here.  Both are rather short videos, about four minutes each, and as such are well worth your time.  I recommend going ahead and watching both.  The first focuses on the new nebulae that should be included in the winter expansion.  The most interesting thing about the nebulae is that they will be regional in nature.  If a nebula exists in, say, Pure Blind, when you're flying through Pure Blind, that nebula will surround you.  However, fly over to Syndicate and it will instead be visible off in the distance while Syndicate's nebula will be the one that surrounds you.

It's a cool idea and certainly will increase immersion, but one hopes that the art team doesn't overdo it.  I would like to see occasional plain black space here and there.  ;-)  The first video concludes with a few seconds on the new Raven model... which looks pretty much like the old Raven model, except the bridge appears to be moving.

The second video focuses on the new tier 3 battle cruisers, and at this point, we now know what all of them are going to look like.  CCP have themselves already released information about the Tornado and the Talos.  During the early part of the video, it's confirmed that the Amarr Oracle will be based on the Mentor, which won the second round of the EVE Create a Starship contest that CCP ran themselves after the DeviantArt one concluded last April.

The Naga, meanwhile, will be heavily based on the Ascog, which despite being (IMO) the best Caldari design shown in the first DeviantArt contest, didn't even place in that contest.  I love this one's slab sides and all-business look.  It couldn't be more Caldari.  As a result, the tier 3 that I'm least in love with visually is the Talos, which I feel like doesn't really show off any of the Gallente design aesthetics.  It's inorganic, all straight lines and rear-heavy, which in fact is about the opposite that we've come to expect from Gallente ships.  ;-)  It's at least receiving a thin, wing-like formation at the nose, which will help with the latter.

We also get out first brief look at engine trails with a static image, and the new cyno effects are mentioned.  There's apparently also going to be a revamp visually for one or more of the Titan doomsday weapons, and the warp tunnel effect.  It's implied that we're going to see most or all of these changes for the winter expansion.  So there's a lot going on!

Something that isn't explicitly mentioned is that someone else has done a pull of the visual database records attached to Singularity, and found this model associated with the Crow and Raptor -- and presumably, by extension, the Condor -- records (click to enlarge): 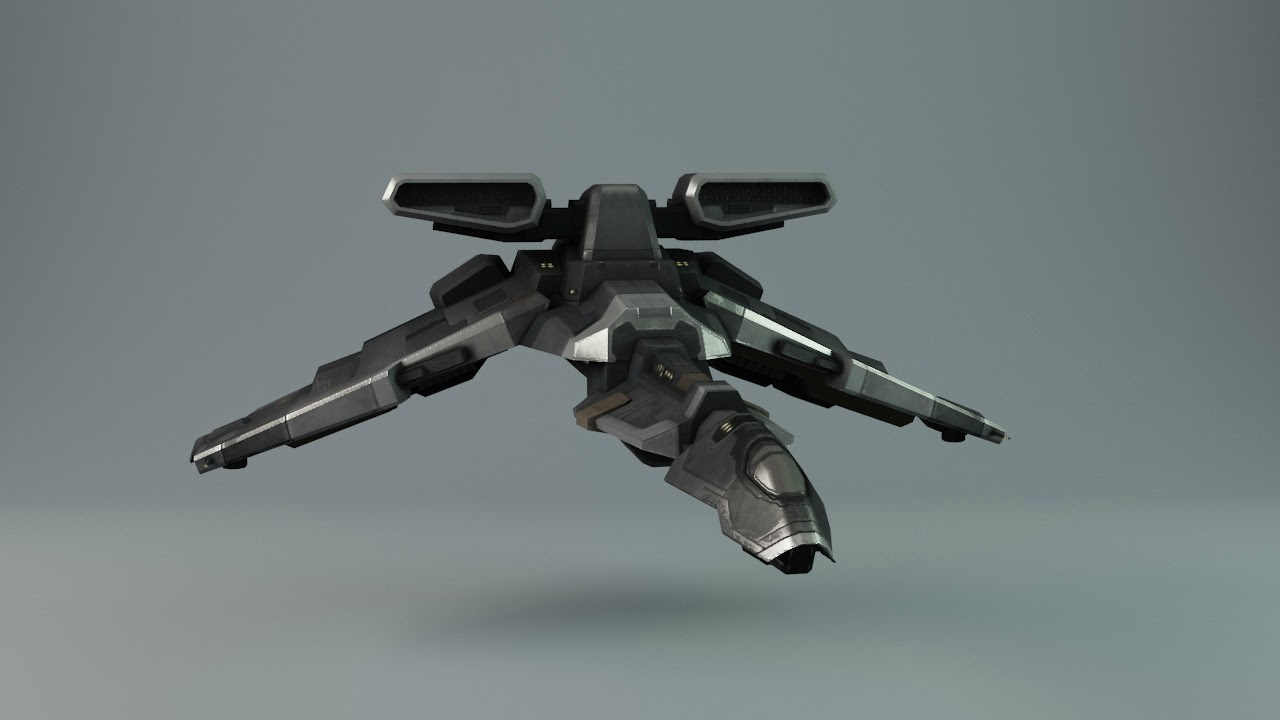 Here's a 360 degree horizontal rotation of the model.  Quite pretty, don't you agree?  In fact, I think in its black-and-red paint job, this would vault the Crow from the worst-looking to the best-looking interceptor in the game.

What we are promised in the devblogs is that most or all of the ships will be getting once-overs of lesser or greater degress with an eye toward the "v3 project".  The name clearly refers to the original EVE graphics, then their v2 upgrades released in Trinity.(1)  A big focus is going to be on visual ship customization with corp and alliance logos, but hopefully with a long-term eye toward custom paint-jobs and skins.  Certainly, there are many players that are saving their AUR for use on such skins...

Trinity, when it was released, was hailed as the biggest expansion in EVE's history and caused a massive spike in subscriptions and logins.  If CCP is looking to emulate an "old school" expansion, there are definitely worse models to choose from than Trinity...


(1) Four years later, and despite a near-complete lack of action or dialogue, this is still one of the best trailers CCP has ever done.
Posted by Jester at 1:19 PM