Which way would they jump?

From one of my all-time favorite bad movies, Judge Dredd:

Which direction would they strike?  That question has been on the minds of every Goon-watcher for months.  We all knew they were going to strike in some direction, and soon, and we had a pretty good idea that direction would be roughly eastward.  As I've said on this blog a few times, the Goons have attempting to clear Delve, but their hearts really haven't been in it.  The mission down there, after all, is essentially constructive and Goons historically aren't all that good at essentially constructive things.  Even Mittens himself has now said Delve was a "twiddling", "half-assed" campaign.

So, we knew the Goons were eventually going to strike, and this time with a serious effort.  They seemed to be waiting for TiDi to do it.  But TiDi was coming soon.  When the Goons gave in to their normal impulses, which direction would those impulses take them?  That question is now answered.

Taking advantage of internal divisions in White Noise. and that alliance's (rather silly) decision to reset their USTZ allies, Mittens has announced that GSF is going to be invading Branch and burning down the alliance to their northeast.  The Delve campaign is over, and Mittens flatly says as much in the SOTG.

The invasion of Branch is now in full swing: 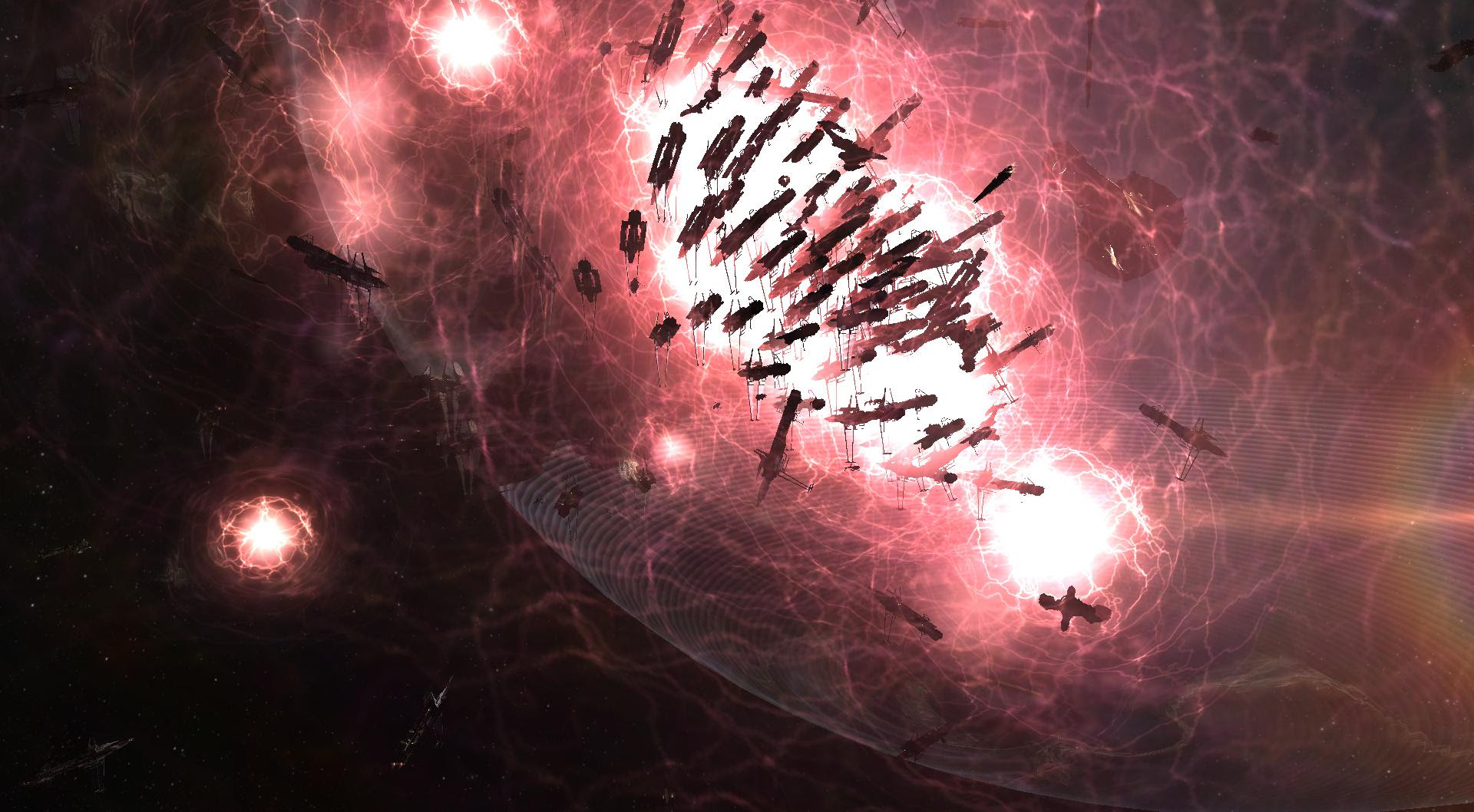 The Goons seem to have achieved total strategic surprise... even the towers in WN. seem to be stronted for USTZs, stupidly.  Even more stupidly, there are almost 20 systems in Branch that WN has never bothered to establish sov in to prevent invaders from doing the same.  The Goons decided not to wait for TiDi because of the serious internal divisions in White Noise.  Those internal divisions almost certainly left them distracted and vulnerable.  If you're interested in those details, listen to the whole SOTG.

In short, the Goons are going to try to burn everything down, and seem to be off to a good start.  Expect this to be a short, ugly, brutal campaign... unless WN's former allies -- particularly RaidenDOT -- start intervening.  Will they?  Lovely question.  Stay tuned.

Even better question... what impact is this going to have on Goonswarm Shrugged?  Mittens also flat-out says that the Blue Ice interdiction is over.  He indicates that Goons involved were instructed to go ahead and dump their remaining Oxytope stocks a few days ago.  But will the Goons that are so enjoying griefing ice bears get that message?  There haven't been large volumes of Oxytopes sold on the market yet and the price still seems pretty stable...
Posted by Jester at 3:32 PM