Here's one for you casual, occasional miners out there.  The pro miners already know this information.  Hell, they might even get annoyed with me for talking about it.  ;-)

Quick: other than Mercoxit, what are the three most valuable ores in New Eden?

After quickly jumping from 300 ISK per unit to 500 ISK per unit in 4Q2010, and increasing to 550 at the end of 1Q2011, the price of Nocxium actually dipped down to 400 or so over the summer.  It's been coming back up again and is now where it started last year, at 500.  Nocxium is found in seven different drone alloys in different concentrations.  When I last wrote about noc a year ago, I recommended that miners seriously consider training the skills for Hedbergite and Hemorphite Tech2 crystals...

Megacyte and Morphite have similar curves to noc: aside from some mid-year fluctuations, they've been pretty stable.  Zydrine has actually lost about 25% of its value this past year.  However, drone alloys are not big factors in the production of these three minerals.

But then there are the high-sec minerals... you know... the ones that are big factors in drone alloys.

Here's Tritanium, up almost 33% since the start of the DRF civil war, volume steady (dropped in only five drone alloys): 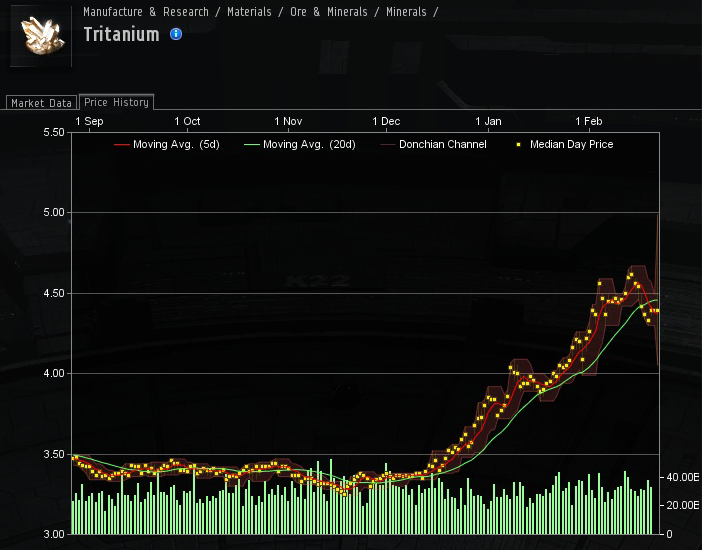 Here's Pyerite, up about 20% in the same period, volume steady (also dropped in five drone alloys): 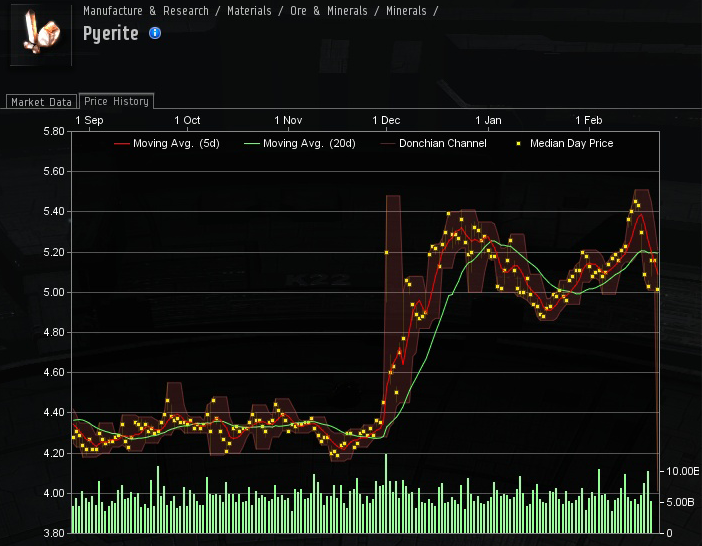 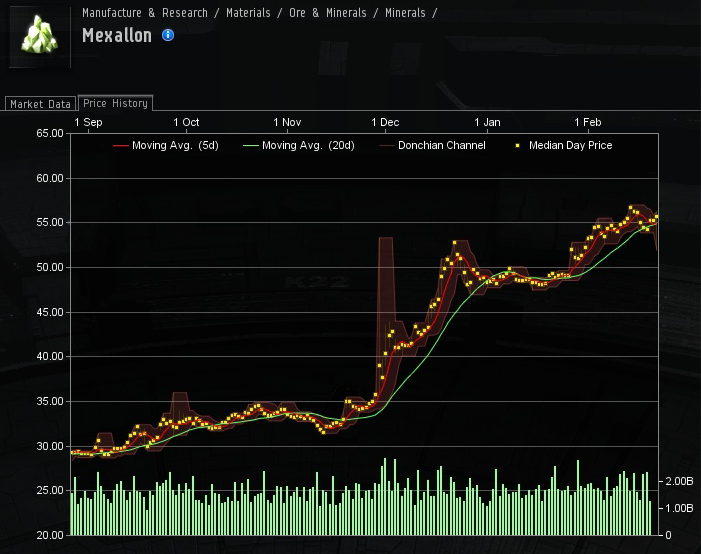 And finally Isogen, up about 13%... but like Nocxium, fully seven types of drone alloys contain Isogen, so the fact that it's less affected is easier to understand: 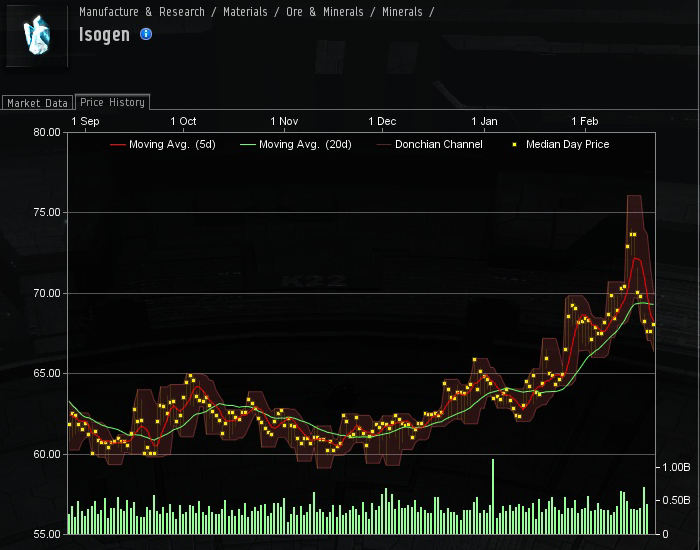 Prices along the top are based on Jita highest Buy orders as of 00:00 on 22 February 2012.  The ISK/hour figure is the one you should look at.(1)  Put Mercoxit aside since it's kind of a special case, and the top three ores in New Eden today are Arkonor, Bistot... and Hemorphite.  Crokite is now sixth, just barely ahead of Pyroxeres, which is a high-sec ore!

I can't recall that happening... pretty much ever during my time in New Eden to date.

Now, without QENs and without data on the sources of minerals over the last year and change, we have no way of knowing for sure that the DRF civil war is behind these increases.  But the timing is sure coincidental, ain't it?

In the meantime, if you have any interest in mining at all, now might be the time to dust off the old Hulks.  At least until Hulkageddon V gets rolling, that is.(2)  Still no date on that that I've heard.


(1) I assume 1900m3 per minute of mining, which is easy to hit in an unbonused Hulk with decent skills.  Your values might be even higher.
(2) For reference, high-sec ice is back down to the 10-11 million ISK/hour range.  Yes, even Blue Ice.
Posted by Jester at 4:53 PM