Kill of the Week: Fraud

There's really only one kill to choose this week:
http://eve-kill.net/?a=kill_detail&kll_id=13002815&nolimit

On paper, it looks pretty straight-forward: a super-carrier dies to a good-size capital ship gang.  Helicity Boson (who was in on the kill) posted some really wonderful pictures to go with it.  The Hel really is a remarkably pretty ship, one of the best-looking capital ships in the game. 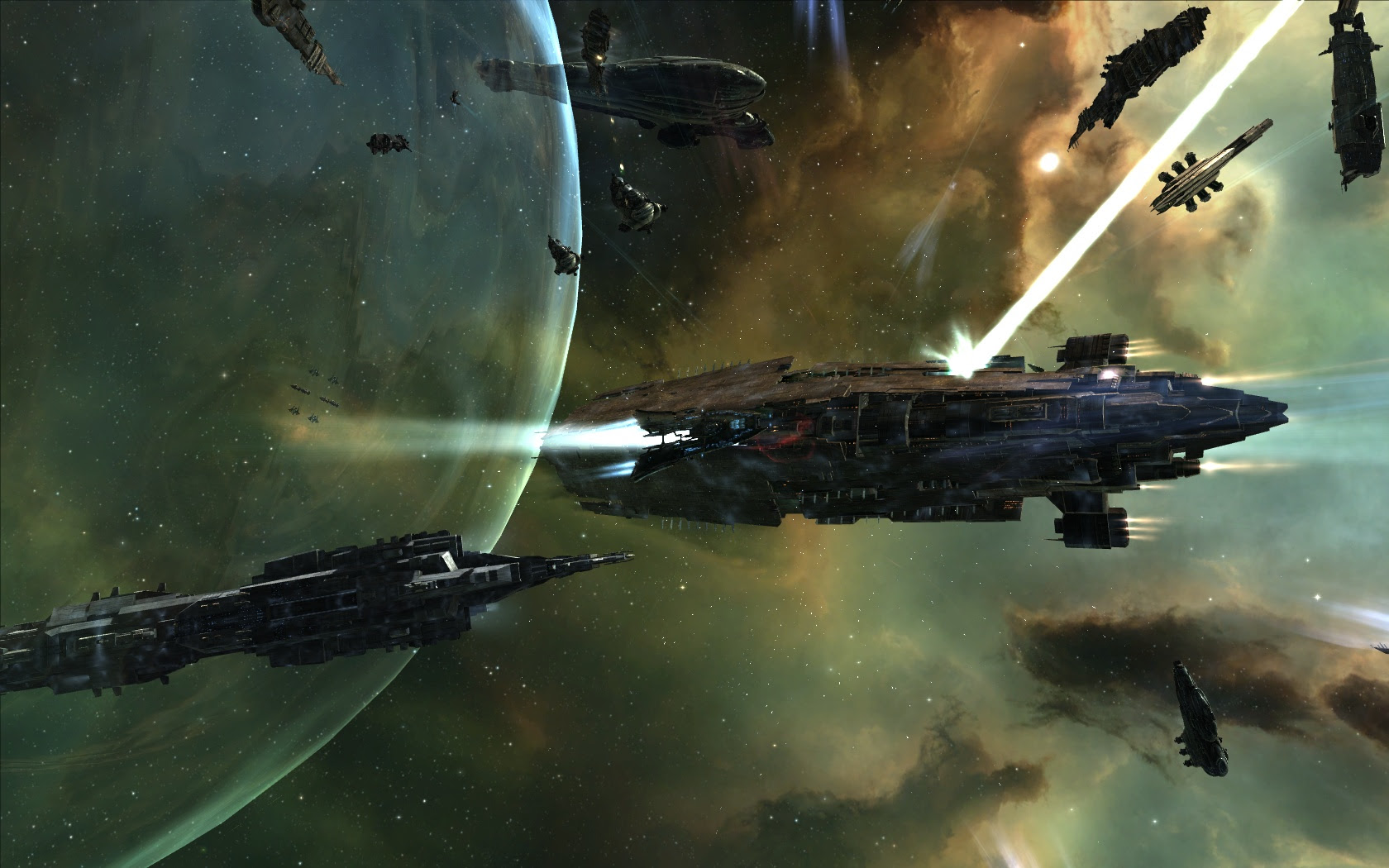 Of course, though, the actual how of this kill wasn't quite so nice.

Now before I say anything else, let me be clear: I'm as big a fan of dead supers as the next guy.  I loves me dead supers.  I also have absolutely nothing against scams in general.  I don't participate in them or instigate them myself, but I completely accept that they are a part of life in EVE Online.  Clear?  Some of you are definitely going to want to yell at me in a few paragraphs.  If you want to yell at me for actual cause, go for it.  But please don't make your yelling about "hurr-durr HTFU Jester, it's only space pixels."

Because this time, it apparently wasn't.

The following day, the story of how the Hel died came to light.  Go out and read the post.  It's apparently written from the perspective of Enochia Starr.  But short version: under the guise of inviting this guy along for some carrier kills, they talked him into jumping his super to a cyno where a hostile fleet was waiting.  And again, this is nothing at all new.  It happens in New Eden every single day.

Important pro-tip: if you wouldn't trust someone with $1000 of real life money, then don't jump your super where they tell you to jump your super.  Easy.  This guy broke that rule and his super died for it.  This trap was particularly insidious because even if they guy had neutral-scouted the cyno before hand, he would have seen exactly what he expected to see: a capital ship fleet and supporting sub-cap fleet of a good composition to kill some carriers.

Again, if that was all this was, then no big deal.  Happens all the time.

But these guys apparently took it a step farther than that.

Here's the video of the kill, apparently provided by Euripodes, who was flying an all-neut Armageddon for the fight.  Neuts were an important part of this gank, and in addition to the Geddon, there were a pair of Curses and a Bhaalgorn on the mail.(1)


Both Enochia's writing and Euripodes's comments attached to the video make it clear that part of the hook to get this guy to commit his Hel was to "teach him how to fly it".  Both mention that they gave the Hel pilot "tips" on what mods to fit and what mods not to fit.  In his Youtube notes(2) for the video, Euripodes adds this:


After Talking him into spending some hard earned cash on time codes so he could raise the isk needed to put some bling on it...

And if that's true, that means a real-world crime was committed here.

Fraud, by definition, is the intentional deception of an individual of money or valuables done for personal gain.  This qualifies.  What apparently happened is that, in the process of "training" this pilot how to fit his super-cap, he was talked into spending real money on GTCs.  He was then told to spend the ISK made from those GTCs on high-end dead-space modules worth billions of ISK...

Billions of ISK that the "trainers" intended to remove from the wreck that they would soon create.  Boys and girls, that's called intent to defraud.  And since more than one person was involved, that's also called conspiracy with intent to defraud.  These are real world crimes for which they slap hand-cuffs on people.  They're also clearly EULA/TOS violations.

If you had a niggling feeling in your head that this kill was "wrong" for some reason that you couldn't put your finger on?  Yeah.  That's where it came from.

Now, in terms of the direct fraud, the amount of money here isn't all that impressive.  If we limit the personal gain of those on the kill-mail to just the mods that dropped, two billion ISK worth of shield mods and fighter-bombers, then the financial gain to the defrauders was $80 U.S.  Basically, the pilots involved held up this guy at an ATM.  On the other hand, it could also be argued that they caused the financial loss of $1000 U.S. to this pilot.  And in most U.S. states, that amount is worthy of a felony.

So yeah, go ahead and start yelling at me.  But in my opinion, the people involved in this loss-mail went too far.  Scamming a guy into a super-cap loss is one thing, and it's no big deal.  But scamming him into spending real money on his super so that you can then steal the resulting mods from him is morally wrong.  In my opinion, the value of those mods should be removed from the game.  Then the Hel pilot should be interviewed by CCP to find out who, if anyone, talked him into spending real money fitting out this super.  If it turns out he did purchase GTCs, then in my opinion everyone he names should be banned from EVE for 30 days for a EULA/TOS violation.

Blowing up space pixels is one thing, and I'm all for it.  But this time it went too far.  EVE is real?  This time, it was a little too real.

EDIT (13/Apr/2012): Just to be very clear: my accusation of fraud and EULA/TOS violations extends only to those players -- if any -- who talked this pilot into spending real money on GTCs and then spending the resulting ISK on his super-cap fitting.  Helicity says that he is not one of those people and I believe that.  The pilots of Stop Exploding You Cowards should be examined more closely.

(1) +1 Internet to Euripodes for correctly counter-cycling all of his neuts and for using his cap boosters properly and at the right times.  -5 Internets to Emfive, who apparently fit his all neut-Bhaalgorn with meta 3 neuts.  Shame.  Shame shame shame on you.  -1 Internet to Helicity himself, whose Curse is also apparently badly fit.
(2) For context, here is the entire intro text to the video (sic throughout):


A "friend" of ours decided to buy a Hel with no idea how to fit or fly it. After Talking him into spending some hard earned cash on time codes so he could raise the isk needed to put some bling on it and being the good hearted bunch of pirates we are we decided to offer a once in a lifetime opportunity to join the Dark Intenionz super capital ship pilots school. We told him we could go on a POS bash together and we would train him how to fly it. betrayal follows. Not the best camera work on my part but i didnt think i would be the only guy to fraps it.