A big pile of stuff with a cover on it

OK, let me start by saying something obvious.  If you've been reading my stuff for more than a few days, you know that if I don't like something, I don't keep it a secret.  When people do something that I like, I am very public and generous with my praise.  When people do something that I don't like, I'm equally forthright with my opinion and why I hold that opinion.  I'm not shy about telling people at any level in this game that I think that they are being dumb or short-sighted. 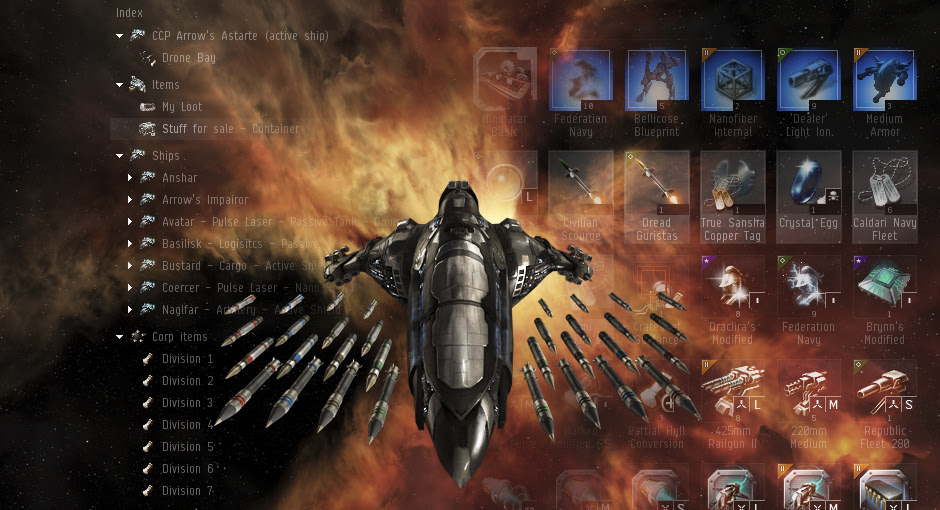 Is it perfect?  No, it definitely is not.  As a matter of fact, what we have with EVE's inventory system is something that has advanced from 1998 to 2002 in terms of UI functionality.  We've gone from Diablo (the first one) to Windows XP.  An unsearchable big pile of stuff has given way to a semi-searchable hierarchical tree view.  You are a well-informed EVE player and you knew this was coming.  I've blogged about it a couple of times, and encouraged all of you to get used to it on Singularity so you'd be used to it when it hit Tranquility.

OK, you probably didn't.  But that's OK.  Because chances are that you're already familiar with the hierarchical tree view because you use one every day to organize your files in your OS, whatever it is.  Folders within folders has been the structure that all of us have become familiar with for sorting virtual objects.  EVE has joined that parade, and that is a good thing.

Let me repeat that for those who are too busy screaming at CCP to hear me: that is a good thing.  So, please stop whining and please stop yelling.  You're hurting my ears.(1)  The old inventory system isn't coming back, and good riddance to it.  You were warned that this change was coming, and not all change is bad.  I'll grant you that this change is not start to finish awesome, but the good things about it far outweigh the bad things about it.  I don't ask people to HTFU often, but this is one of those times.  HTFU.

Change is scary.  I understand.  Here, have a cookie.  Now sit down and look at what's been gained. 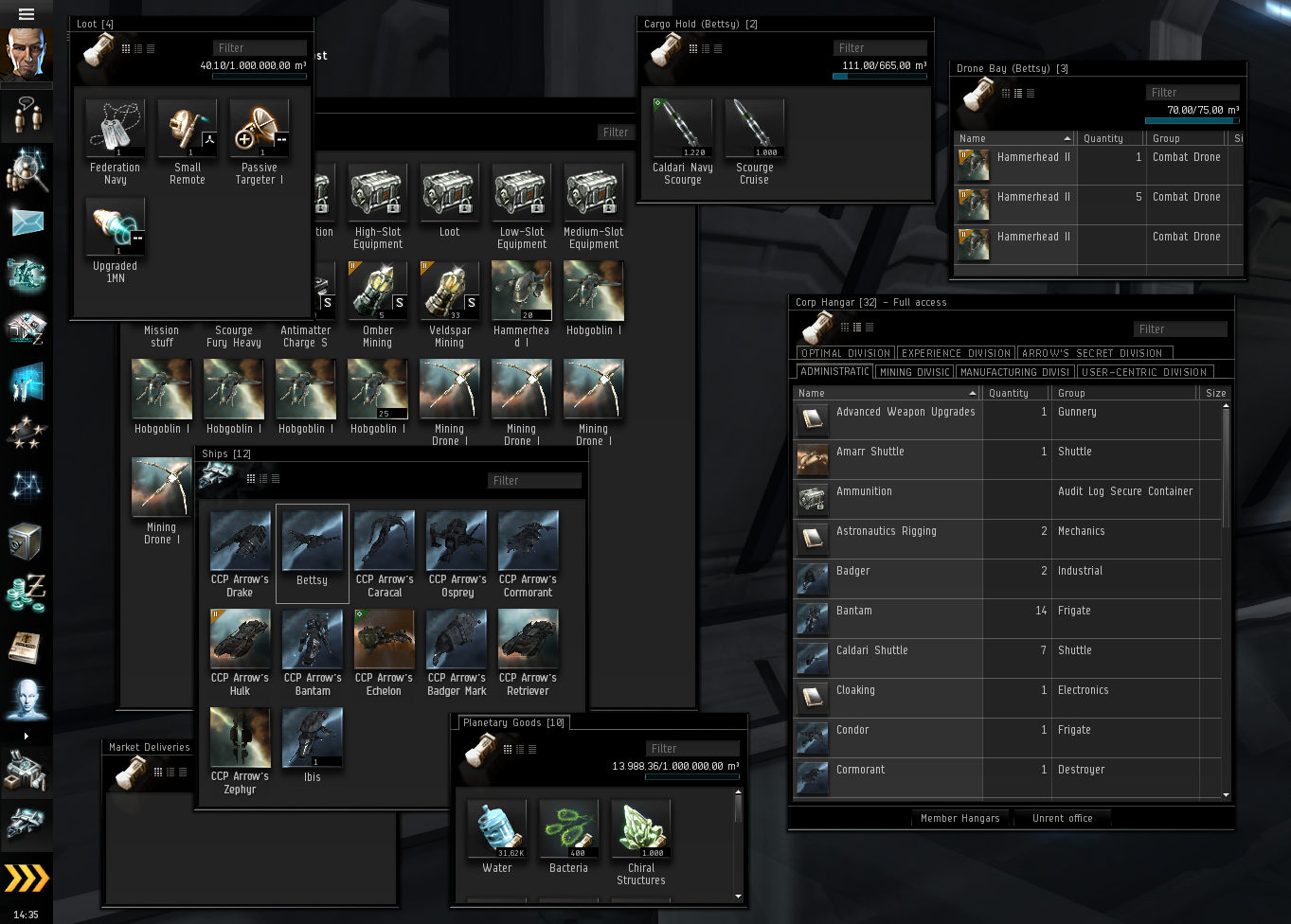 Let's start with what you didn't lose.  If you insist on the ability to have fourteen different item windows open, you can still do that.  Click the Inventory button.  Find something that you want to open in a separate window like the old days, like your Ships window.  Shift-click on "Ships".  There it is.  Want the cargo hold of your Sleipnir?  Shift-click on the Sleipnir underneath Ships.  Want to drag ammo from Items to the Sleipnir cargo hold?  Click on Items, click and drag from there to the Sleipnir cargo hold.  Done.  Easy.  Don't you feel better?  You haven't lost anything.

And you've gained a ton of new features.  Again, a hierarchical tree view isn't ideal.  It's still a half-decade or more behind the times, and I don't think I'll personally be giving up JEVEAssets just yet.  Still, the drag-and-drop functionality is very well implemented.  Access to both personal items and corp items is streamlined, and I love the fact that containers are basically now being treated as sub-folders.  That was very well done.  Rote Kapelle has started training for AT10, and one of my duties has been fitting out dozens and dozens of ships.  The combination of the new inventory system and the recent new feature that lets you drag ship fittings into the Market Quickbar has allowed me to fit literally hundreds of ships in an hour or less.

How?  Filters.  The filters in this new inventory system are excellent, and can only get better.  Rigging 20 ships at a time?  Filter out everything but the rigs.  Use the "Fit" button to load up the other fittings, but with the uncluttered rigs filter, I only see the rigs that need to be dragged onto each ship's fitting to fit them.  When I run out of rigs, I immediately switch to an ammo filter.  Now I can very rapidly shift-drag and drop ammo into a large number of new ships.  I'll probably end up writing a guide for the Inventory filter system, because it's pretty bad-ass.

Again, the new inventory system is not perfect.  Multi-touch didn't come to operating systems en masse until 2007, true, but EVE still doesn't have "multi-drag" yet for dragging blocks of several different types of ammo into a ship or several blocks of stuff to sell to the market.

But it's pretty clear now that stuff like this is coming.  The UI team is thinking about their game in terms of the new millennium instead of the old one.

So get off their backs, OK everyone?  The new inventory system takes some getting used to.  I understand that.  But we're smart people and we'll figure it out.  Change is not automatically bad and this is a very good change.  Well done to Team Game of Drones for its implementation!  Keep the faith, guys.  You've done good work here.

In the meantime, though, do please put our active ship back on the Ships pane in addition to the top left of the hierarchical tree.  Please?  Thanks so much.