Kill of the Week: Capital of high-sec

It was very tough to come up with a Kill of the Week this week.  There was obviously a lot going on.  ;-)

I decided that since I covered Burn Jita earlier in the week, I wasn't going to choose anything from that, even though it was really tempting to do so.  If you're interested in the more interesting Burn Jita kills, here they are.

Likewise, while it's very tempting to go with something from Hulkageddon, I'm not going to do that, either.  Maybe I'll do a wrap-up post on interesting Hulkageddon kills at the end of the month.  More likely, I'll leave that territory to Helicity Boson to blog about.  That said, I've gotta say that this particular Hulk is rather epic.  Never occured to me to use A-type modules on a piece of tinfoil before.  Bravo to you, sir.

And of course, I would be remiss if I didn't mention this glorious piece of fail.
http://eve-kill.net/?a=kill_detail&kll_id=13234969

Usagi Tsukino of Rote has developed an image which I think describes this fit best: 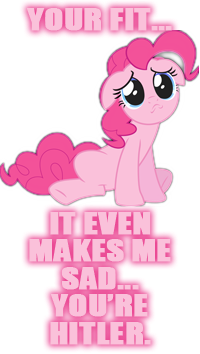 But no, I'm not going with that for KOTW, either.  Though it came in a close second.

This is a Thanatos that died in the midst of Burn Jita that was almost overlooked.  Why do I care about this badly-fit carrier?  Because it died in Antiri, a 0.7 system.  There are a goodly number of high-sec capital ships out there.  I already mentioned a Nyx and an Archon that undocked from Jita 4-4 during Burn Jita.  There are at least four ways a capital ship can be in high-sec:
Not sure which one of four sources fits this carrier -- signs point to #1.

You might be tempted to ask "How much is a high-sec capital worth, if you have one?"  The answer is: nothing.  The GMs won't allow high-sec capital ships to be traded, bought, sold, or contracted.  So unless you want to mine some veldspar or jump it out of high-sec, there isn't much else to do with a high-sec capital except show off or blow it up gloriously.  But it seems from the KB comments that this pilot was looking to quit EVE on a high note.  I'd say he succeeded.  ;-)
Posted by Jester at 3:30 PM