What do you get for the EVE player that has everything, such as Elise ("Three Titans") Randolph?  How about a Titan fitting that can warp cloaked? 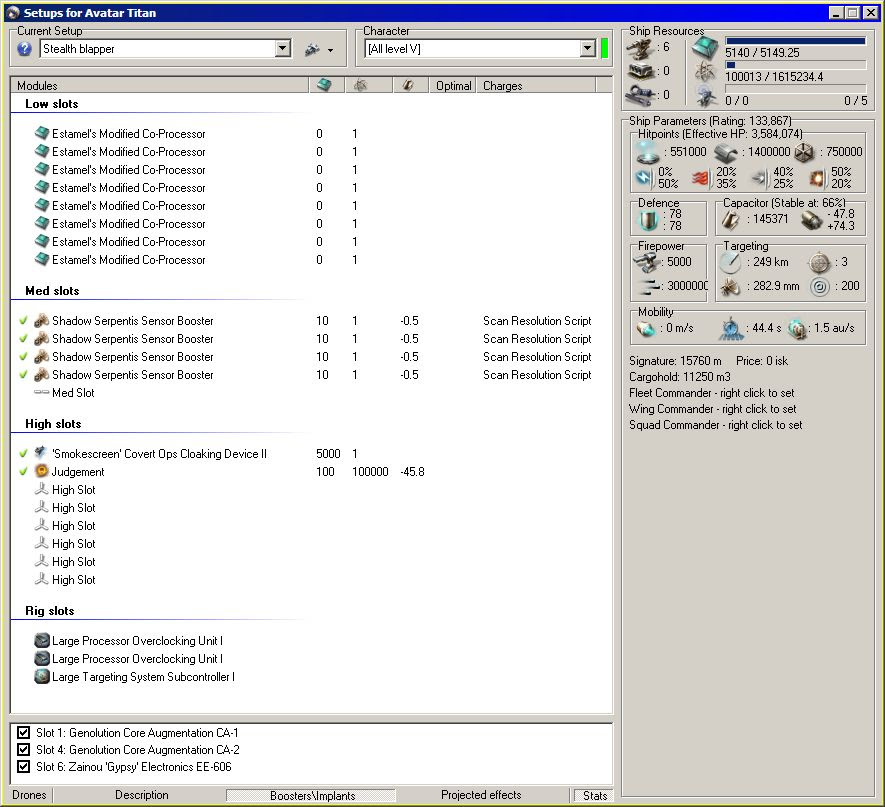 I apologize for the extremely low resolution and quality.  It's an animated GIF.  I hope it's on Singularity, but who knows.  ;-)  The theory behind this ship, so far as I can tell:

As a bonus, it can serve as a staging point for an ungodly number of stored bombers, Recons, and cloaky T3s behind enemy lines.  Feel free to fit some off-lined mods to those empty slots if you care to.  Or there's just enough CPU left to trade a Sebo with a point, heh.

I'm sure there's a reason this fitting won't work I'm just not seeing.  Sure of it.