I've got an angle

I definitely do not want to take anything away from RvB at all.  They fought a great match.  That said, in many ways this fight was decided by this: 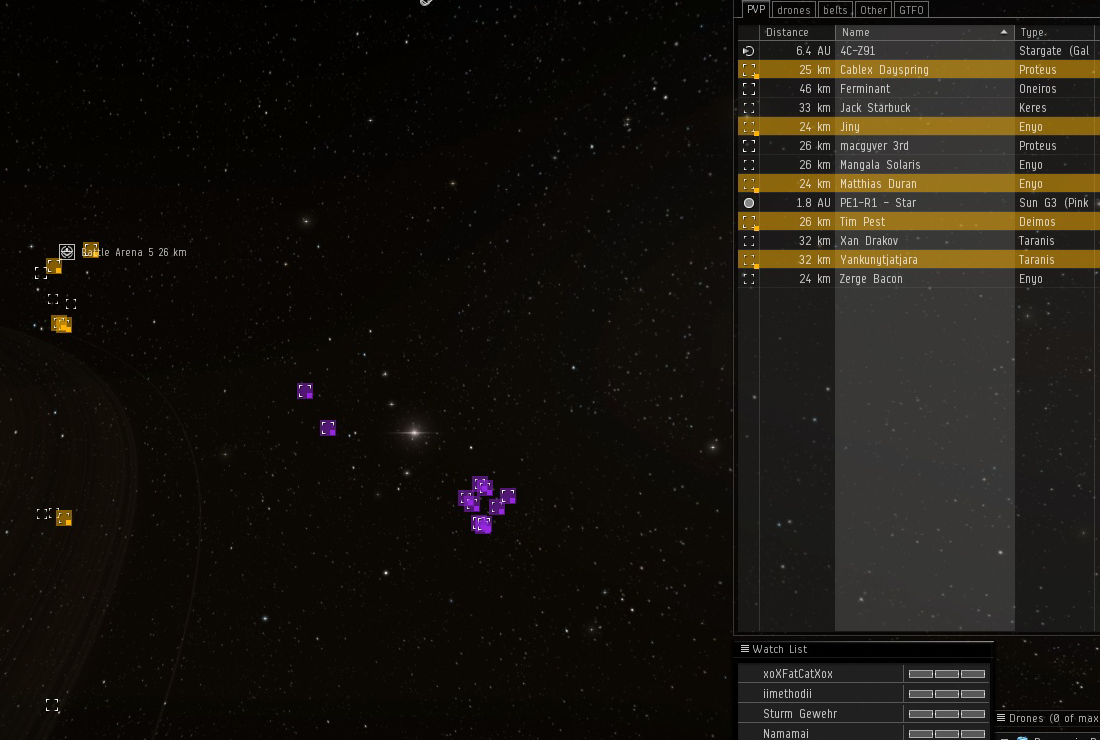 We're a rush/kiting team.  They're a close-range brawling team with a lot of tackle.  So these warp-ins were an absolute disaster for us.  I was running a Sleipnir (again).  But this time I don't feel all that bad about getting tackled.  What can a Sleipnir do with six premiere tackle frigates at 32km range or less, except get tackled?  So the fate of one of our Sleipnirs was predetermined, and because of the link I was carrying, I was the slowest.  That was that.

Fortunately, my death allowed the rest of the team to pull range, so it wasn't a total loss.  But the team's need to continue to open range led to some mental errors.  I have nothing to say about that because I wasn't involved.  I spent the rest of the match rearranging fleet bonuses, counting points, and watching the fight.

Oh, which reminds me.  Our ships this time were named after Red vs Blue characters, of course.  I drew Tucker, which makes me wonder if our logistics guy has a webcam in my office.  I spent the fight with my katana near at hand (really).  Fortunately, seppuku won't be required.  Again, gf RvB!  Good luck in the rest of the tournament!

What does this mean for Rote in AT10?  Simple.  To advance out of group, we must beat Pandemic Legion tomorrow.  If we don't, we're out.