Later today or tomorrow, I'll be publishing my monthly "junk drawer" post, in which I list a bunch of stuff that didn't really rate full blog posts this month for one reason or another.  But two of them are related in spirit (if not in content).  From time to time, I like to link things that aren't obviously linked and these two items really felt linked to me even though they deal with completely, utterly different topics.

First is this column from The Mittani about Delve War V, so this will probably serve as my wrap-up post on that topic.  Usually, Mittens's columns over at Ten Ton are quite good and well worth reading but this one is the worst thing he's written there... pretty much ever.  Petty, vindictive, and lacking in even basic substance, it's dull as dirt.  But best of all, it opens with this laughable quote:


More than fifty thousand characters were involved on each side of this conflict, and the combined forces were roughly equal in power. Commentators anticipated a war of attrition that would last for months...

Uhhh... [citation needed].  Usually, Mittens provides a source link for this sort of claim, but it's not surprising he didn't this time.  Did anyone think that this "war" would be anything other than a two- or three-week exercise in the CFC's ability to run timers?  I know I sure didn't.  And I'm less informed about Delve than just about anyone.  Everyone that actually knows anything about that region predicted a quick, brutal stomping.

Even more amusing is that "roughly equal in power" crack.  Uh, yeah.  OK.  If you say so.

"What is surprising is not that the SoCo lost, but the fact that their mistakes were so banal and elementary," Mittens says.  Even an uninformed outside observer like myself can see it's because they didn't care.  Mittens says this himself in his own article: "[events] made it clear that -A- didn’t care if their allies lost their space."  Way to attempt to insert drama into a situation that had no drama.  As I've already said, a Great War this was not.  Mittens's attempt to try to make it one is derp #1.

Second one is this dev-blog about the upcoming changes to tutorial missions.

Now I don't want to go all negative here, but this dev-blog is again lacking in even basic substance.  My favorite bit are all the artificial boundaries that were apparently put around this effort.  I've had a lot of experience with the tutorials lately trying to walk a couple of friends through starting to play EVE.  The fact that the team working this a) only gave it a month, and b) because they only gave it a month decided not to do anything much about the missions themselves really does lend a "Er, OK, so why are we doing this then?" atmosphere to the entire affair.

CCP's looking for feedback on this.  I have some.  Give ten devs a big stack of Aurum usable in either DUST 514 or EVE.  Send them and ten computers to the nearest gaming convention.  Offer Aurum in exchange for watching people run through the EVE tutorial.  One of the devs sits behind each volunteer, taking notes and answering questions.  Where do they stall?  Where do they get confused?  What questions do they have?  And most important, what frustrates them?  Bring these notes back to Iceland.  Hell, send the devs and the computers to a mall and offer the participants $5 if you have to.

There's only one mention of play-testers in this entire dev-blog.  I get the distinct impression that these play-testers were CCP employees that were already familiar with EVE and just hadn't run the tutorials in a while.  They were guessing what might confuse new players, not knowing it.  What's needed here is a completely fresh set of eyes on this process from someone who's never played EVE seriously before and I don't think the devs involved in this effort got that.

Without it, there wasn't really much point to tweaking the tutorials yet again.  It's just polishing a sneaker.  That's derp #2.

So in honor of this pair of derps, have a Rote Kapelle "derp sheep": 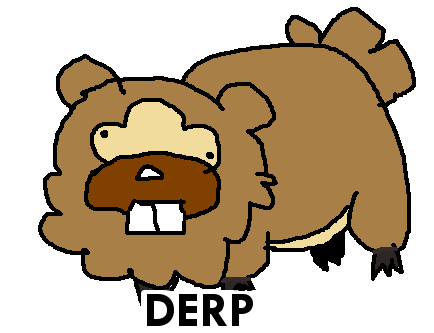