Welcome to the junk drawer, part of a series of monthly posts in which I dump all the stuff that I couldn't develop into full blog posts this past month... 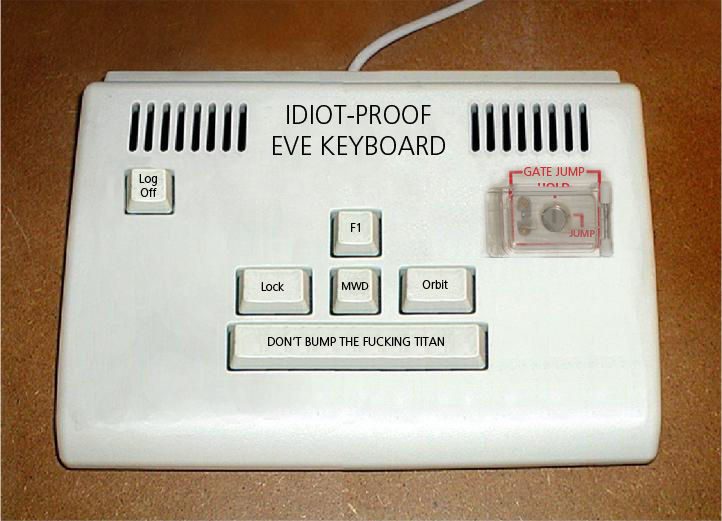 Want to move a super-cap around, or move a capital ship around in a stealthy fashion?  The preferred method is the "3-second cyno".  It requires that you sacrifice your cyno ship.  Here's how it works:
As I said, it's the preferred method for moving capital ships in a stealthy fashion.  People who monitor the map for cynos to kill or capitals to tackle (and there are many such people) have the minimum amount of time to spot your cyno.

CSM Chairman Seleene let slip in a blog post some months back that CCP was going to be eliminating the Ethnic Relations skill.  That's a decision I agreed with, because the skill itself was ridiculous.  (It allowed corp CEOs to allow more characters from other races to join their corp.)

There have been many such skills eliminated in the game over the years... and skill-books for those skills are now tremendously valuable.  I was a little bit curious if that would happen to Ethnic Relations.  Since the skill-book only cost 36000 ISK, on a whim, I decided to invest in a thousand of them.  It was a 36 million ISK investment with the possibility for a very nice return if CCP did eliminate the skill.

Well, they did eliminate it, but they replaced it one-for-one with the Diplomatic Relations skill that does something completely different.  And the price of the skill-book remained the same, sadly.  That left me sitting on a thousand Diplomatic Relations skill-books.  Well, I finally sold the last of them in Jita and elsewhere throughout the galaxy this week, making a small profit instead of my hoped-for really large one.  Oh well.  When it comes to trying to speculate on new EVE releases, you pays your money and takes your chances.  ;-)

And finally, some unrelated quickies...

Anyone else noticed another slow-down in the development of third-party tools for EVE?  EFT is usually running several weeks behind actual ship fitting, and now EVE HQ development has been discontinued.  Further development on Aura for Android phones is also slowing down.

This is a pretty nifty link: similar to the EVE Online Blog Pack, this one is a pointer to EVE Online pod-casts called (appropriately enough) the EVE Online Pod Pack.  As I've said a couple of times, I'm not a pod-cast guy myself, but I've added it to the "Must Visit Links" off to the right for those of you that are.

Remember how I bitched at the Declarations of War pod-cast that the CSM didn't have a periodic place advertising their activities?  Hans Jagerblitzen has remedied that for September.  Go give it a read.  It's worth your time.

Another amusing link.  This one's a list of EVE's "educational organizations" on the EVE Online official wiki.  It amuses the hell out of me because Goonswarm Federation is listed.  Now granted, they certainly educate new players, but I think the new player off the street that takes their entry on this wiki literally is in for a surprise...

And that's all for the junk drawer this month.  Pretty quiet one, junk drawer wise.
Posted by Jester at 10:32 PM