It's surprising what you can get used to

Four years ago this March, I was living in Connecticut, on the east coast of the United States.  At the time, that part of the world was just emerging from an unusually harsh, cold winter.  It had snowed the day before but this particular early March day, the sun was out and the air was that still ultra-sharp blue that can only come from air that's been thoroughly snowed through.  "Severe clear," pilots call this sort of weather.  Still, as I walked out of my office building that day with my coat over one arm, I took in the air, smiled and thought "Hey, this isn't so bad.  This actually feels pretty good."  And so I didn't put my coat on and walked to my car, which has a little outside air thermostat on the dash.

When I turned my car on, it reported the temperature was 15 degrees Fahrenheit... -9 Celsius. 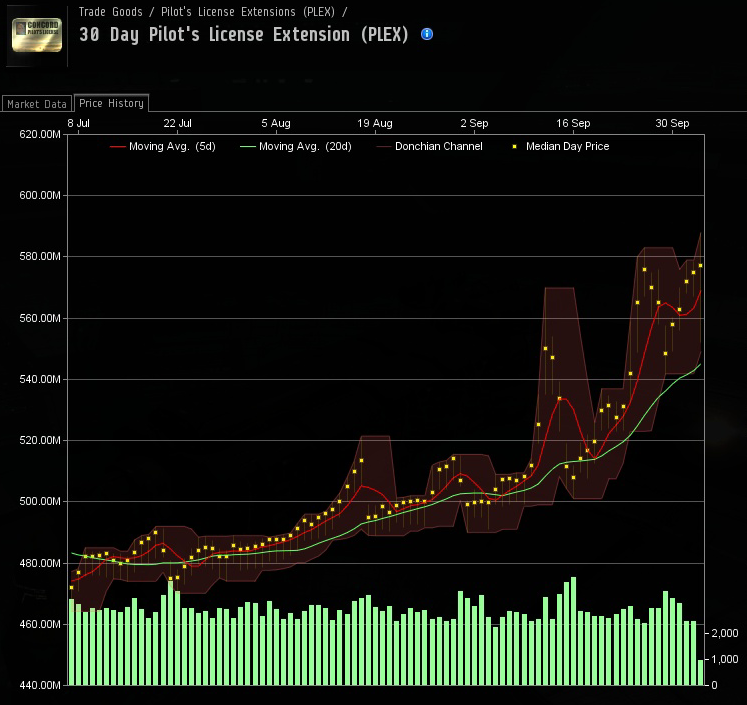 It's surprising what you can get used to.

Yesterday, I was reminded of that winter moment.  These days, I live in California on the opposite side of the United States.  We've been going through a particularly hot, humid summer.  It's October and it still hasn't ended.  Temperatures of 105F/40C have been common all through September.  But yesterday I walked out of a different office building and thought "Hey, this isn't so bad."  Then I remembered that Connecticut March, laughed at myself, walked to my car (same car) and turned the key.

Sure enough, it reported the temperature was 91 degrees Fahrenheit... 33 Celsius.

I need a new car. 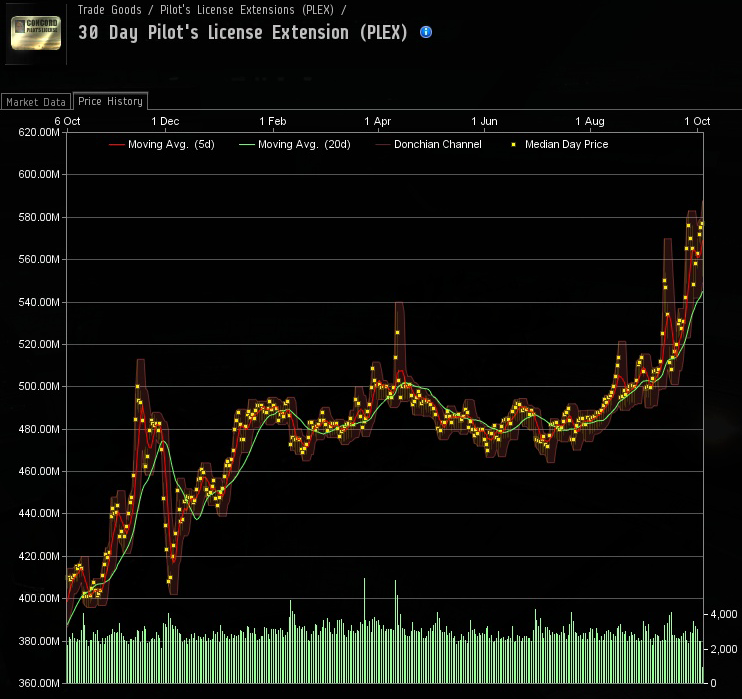 Anyone remember when PLEXes were 380 million ISK?  I do.  It was a year ago.  It's surprising what you can get used to.
Posted by Jester at 9:10 AM