About three weeks ago, I wrote a little post in which I commented that there were a half-dozen ship models in EVE that deserved to be near the top of the "redo" list because they combined two factors:
Lots of people don't like the Moa ship model, but how many people would fly it even if it were the best-looking ship in the game?  Exactly.  So the idea was to chat about ships people actually fly.  And on that score, redoing the Stabber model made sense because lots of people fly Stabbers, SFIs, and Vagabonds.

With that in mind, my list of other similar ships that should get touch-ups are:
With the Reaper thrown in for good measure since I think it looks too much like a clay prototype.

Well, I got one of my six wishes.  I thought the Mega deserved the same low-level tweaking the Raven model got, and sure enough the Mega's getting a nice little touch-up: 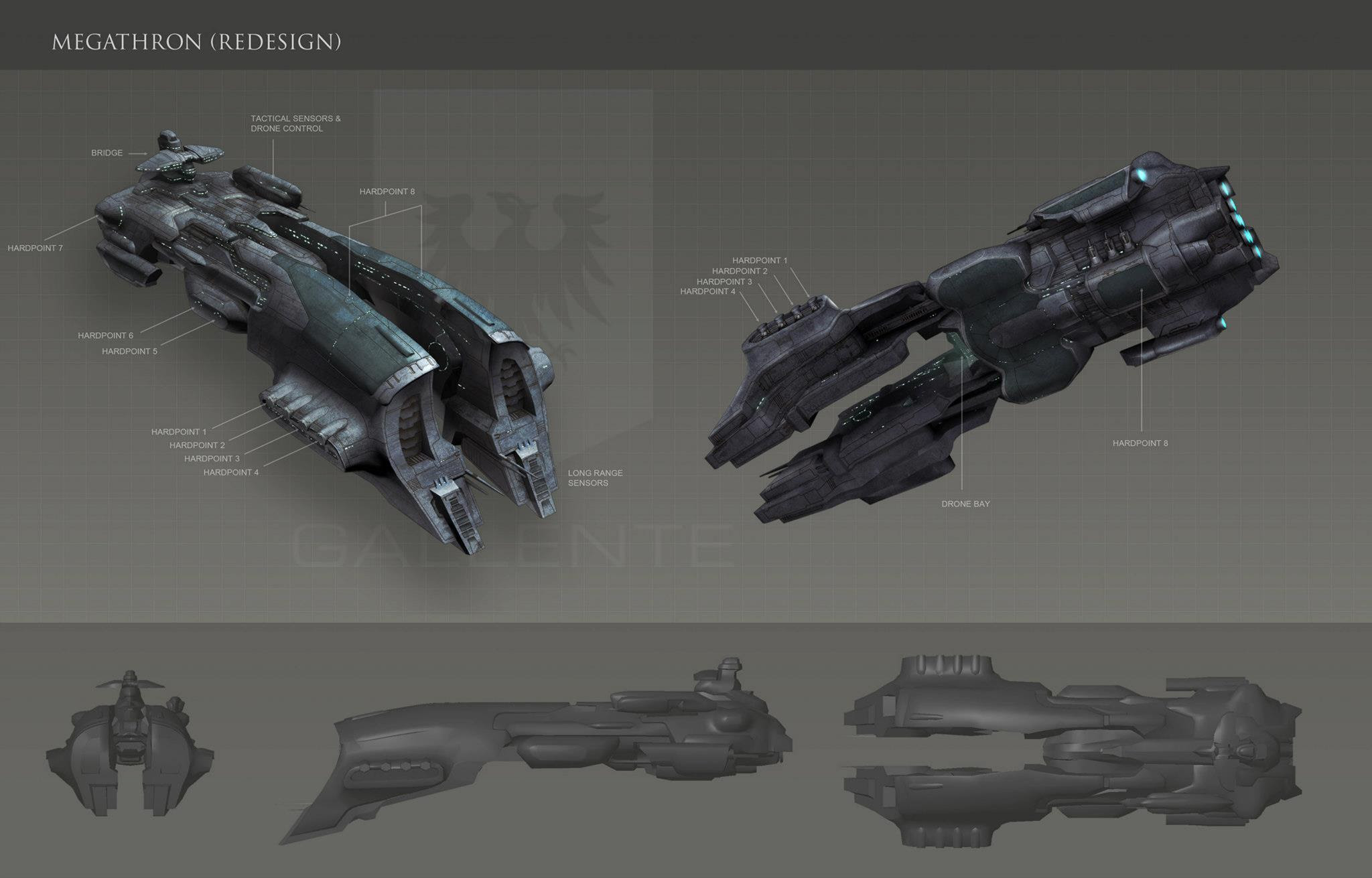 Nothing too dramatic: just some tweaks here and there.  But overall, I really like the effect, the new turret placements, and the new rear end.  All in all, a very nice little tweak!  I like!
Posted by Jester at 10:21 AM