The second part of being a bitter-vet is being able to recognize in advance when CCP creates a perfectly avoidable mess, then steps in it.

I've already mentioned that I'm not going to be part of the New Eden Open Tournament, nor is the bulk of Rote Kapelle.  And I and they are fiends for tournament play.  Many of us are also big fans of eSports.  Yet there will only be three Rote pilots in the tournament that I know of.  How did this happen? 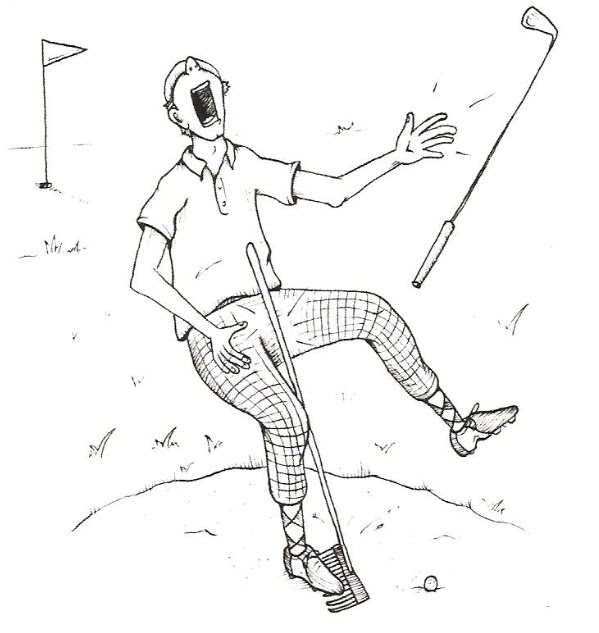 The simplest reason is -- as I've already mentioned -- that CCP Bro made the decision to schedule the second week of the tournament to coincide with the Thanksgiving holiday in the U.S.  That instantly disenfranchised what was likely a good quarter of the potential participants, and perhaps as many as one third.  It's unlikely that I'm going to be able to watch the proceedings that weekend, and I'm definitely not alone there.  Hell, I'm quite sure many of the teams have members that are available for the first weekend and for finals weekend, but not the weekend between.  It is the biggest traveling holiday in the U.S.  Scheduling the tournament to straddle it is the near-literal equivalent of stepping on a rake head and being whapped by the handle.

And it was a mistake that was totally avoidable.  Taking three minutes to run it by the CSM would have avoided the problem.  But once it was scheduled, there was no going back.  Commitments were made to own3d.tv and others.  So some of the most important tournament matches are going to be fought right around Sunday noon in the U.S. on the second busiest travel day of the year in my country.

But the mistakes did not stop there.  By setting the entry fee and the expectations so high, I think the tournament organizers did a fantastic job of driving off a lot of players that otherwise might have found a way to participate.  Yes, the draft mechanics were in place for tournament team sponsors, but not enough ground work was done to see if there would be sponsors or to line those sponsors up in advance and get them excited about the opportunity.  And with PLEX prices at the time quickly driving north of 600 million ISK, that set the minimum entry fee north of 12 billion ISK.  With only half the slots of the Alliance Tournament available for this one, the expectation was set that the true entry fee would probably be closer to 24 billion ISK.

And indeed, once the first team started bidding on the first slot, that's almost exactly what they ended up paying for their slot.

But the high expectations set meant that by the time the last bidders entered, even with CCP quickly changing course and cutting the minimum entry fee in half, that's exactly what they got: three teams that entered with the minimum commitment.  And five slots that weren't filled at all.  Of the 32 tournament slots, only 27 are filled.  That necessitated yet more changes to the rules to give five teams "byes" for round one.

CCP has been forced into a situation where they have had to change course and change course and change course to alter the rules to try to fit these newly-lowered expectations.  Meanwhile, promotion for the event has dropped to near-nil even though the first match is only nine days away.  In a game that's practically about posting on forums as much as it is about spaceships, the comments thread for the tournament dev-blog is three pages long, about a third of those posts written by devs.  There's such a low level of expectations now that CCP demanded that one of the teams -- who initially submitted their team name as "Retard Strong" -- change their team name to something else.  Guess what they renamed their team.

Yep, you got it: Something Else.  That's a team name to be proud of for future tourneys, all right.

Forget about being a bitter-vet.  This just makes me sad.  What makes me sadder still is that with CCP's past track record for events that don't meet their expectations, management is likely to view the event as a failure.  They're even more likely to come to exactly the wrong conclusions about why the tournament failed.  They're also going to look at all of the PLEXes that were refunded back to high-paying tournament teams and regard the event as a financial failure, too.  Management isn't likely to look at the lack of planning, the lack of lining up sponsors in advance, the enormously high expectations, the scheduling fiasco, the lack of player involvement in commentary or promotion...  Hell, particularly when the viewership totals are counted up for the second weekend, they may even come to the conclusion that EVE players don't want or even care about eSports!  That's likely not the case... but they'll sure have to dig to find evidence to the contrary!

But that isn't even the biggest issue facing EVE and eSports.

When you look at the games that are most popular on the competitive circuit, they all have one thing in common: as much as possible, they take internal game mechanics out of the loop.  And if there's a game where the mechanics are built from the ground up into the loop, it's EVE Online.

Take Starcraft, probably the single most popular competitive game in the world.  The thing that Starcraft really has going for it in this context is that the game is the same for everyone, all over the world.  You can fire up a Starcraft match and it's going to look almost exactly like what you see in competitive play.  Game mechanics are out of the loop.  In EVE, the competitors we're going to see in nine days have different wallet balances and different skill point totals.  They will be doing different damage from the very same gun fired by the from the very same ship due to a million skill points here, a million there, ten million ISK for gold ammo here, ten million there.  A brand new League of Legends player with a gift for the game can be competitive on that circuit in less than a year, and he can practice by starting up a League of Legends match right from day one.

Try doing either of those things for EVE Online competitive play.

A little over a year ago, Kirith Kodachi at Inner Sanctum said "EVE needs arena PvP.  Full stop."  I not only agreed with him, I laid out what arena play in EVE Online should look like and how it should work.  And in my opinion, until EVE Online has this ability to take game mechanics out of the loop, EVE Online eSports will never be successful.  Let me say that again, because it's important:

Until EVE Online has this ability to take game mechanics out of the loop, EVE Online eSports will never be successful.

CCP has a twenty times better chance to get eSports working with DUST 514 for this reason.  At least there, some of the game mechanics -- still not all of them, or even most, but some -- are taken out of the loop.

For this to be successful, CCP is going to have to take out some of these variables.  For EVE, CCP could simulate this a bit by giving tournament teams a pre-built set of characters with a constant number of skill points to use, and limit their ISK expenditures for the tournament to a fixed amount.  That would level the playing field a lot.  Without it, you're going to see the biggest, richest teams with the oldest players absolutely massacre the competition starting in nine days time.

Remember: it all could have been avoided.  Let's hope that CCP learns the right lessons from it.

But being a bitter-vet means I'm predisposed not to believe that.  ;-)
Posted by Jester at 10:00 PM