Quote of the Week: Black Knight

With the fall of the last major tower in the Ishuk-Raata Enforcement Directive moon-goo enterprise, Rote Kapelle is wrapping up our winter campaign and heading back to TXW for the holidays.  I'm sorry to those of you who were accusing us of being bullies, but we had a grand time with the campaign.  And it's also the source of this week's QOTW:


What we feel is a simpler blend of pity and contempt. You guys have the means, the tools, the discipline, and the numbers in space to absolutely curb-stomp us -- but you actively choose not to use them. Instead, we've got the Internet Spaceships version of the Black Knight. Limbs are strewn across the ground, labeled FUQ-O, FURY, XII-L, and Moongoo. And the bloody trunk shouts out, "Alright, we'll call it a draw."

That's Namamai, one of my alliance-mates in Rote Kapelle.  I'm a huge fan of Monty Python and the Holy Grail, so that just made me laugh.  The references (FUQ-O and so forth) are mostly to corps that either have left the I-RED coalition ("SynCo") or we expect will shortly. 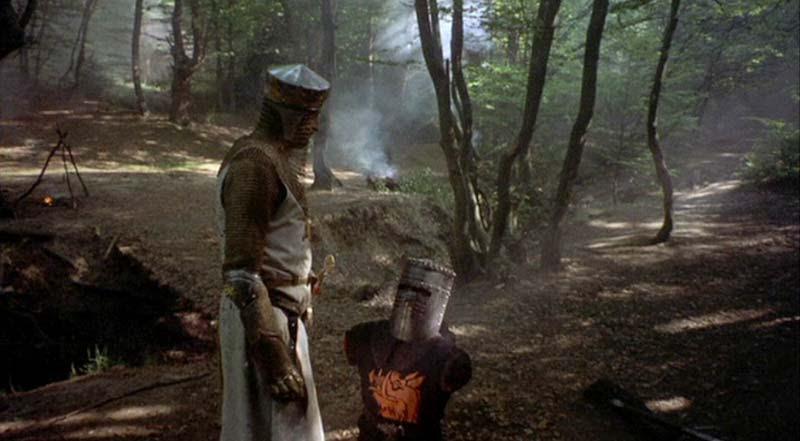 But at the end of the day, Namamai's absolutely correct: we faced down a much bigger alliance that absolutely had the numbers and discipline to crush us.  And they did everything they could do not to fight us under any circumstances, despite our destroying a moon-goo enterprise that was bringing billions of ISK per month into their coffers.  Kinda sad, all in all.

But the campaign itself was great fun and we learned a lot.

Don't worry about I-RED, though.  The trunk is still defiantly shouting at us as we ride off:


...maybe when Rote knows what a gud fite is (Not calling in help because they have a chance to lose *Ohnoes*), then we can go at it again.


We reshipped to 4 Guardians, 7 Zealots.

If you're wondering: the irony is juuuuust beyond his grasp.


(1) Is it bad that when I look at his character portrait, all I see is a geriatric version of Ripard?
Posted by Jester at 10:49 PM