Week in the Life: Trips

Perhaps you're hearing that mission-runners are having a lot more trouble with L4 missions now that rats are switching aggression.(1)  The primary impact this is having is mission-runners were previously able to bring in a tank ship, then follow up with any DPS ships that they were going to use, then immediately bring in a Noctis to loot and salvage the mission.  This allowed the most efficient clearing of the mission sites since the Noctis would take no or minimal aggression.  This was good because the Noctis has a thinner tank than a modern T1 frigate and has the signature radius of a battle cruiser.

As a result, the Noctises now have to wait until the mission is clear before coming in.  Problem with that is that mission loot has been nerfed so much over the last couple of years that it's not really worth looting or salvaging missions if you can't do it concurrently with running the mission. 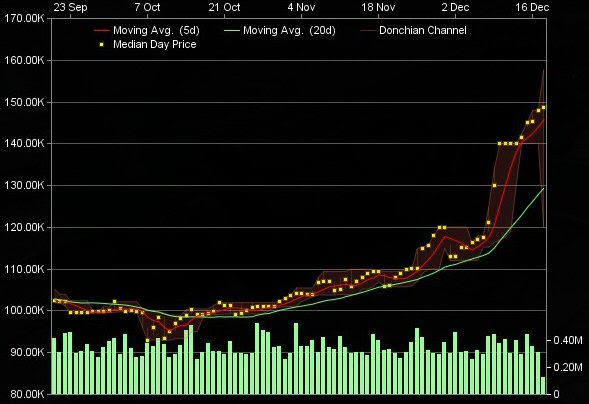 That's the price of Tripped Power Circuits, one of the four most common T1 salvage components.  "Trips" go into T1 rigs... lots of T1 rigs.  Notably though, they go into Core Defense Field Extenders, missile rigs of all kinds, and Cargohold Optimization rigs.  Three other T1 salvage components are just as commonly used but drop more often.  The market is running out of "Trips" first, but the other three common types are soon going to follow.  The price of "Burns" -- Burned Logic Circuits -- has almost doubled.  There are 11 other T1 salvage componnents that are even less commonly used but their prices are also starting to go up.  Here's Armor Plates: 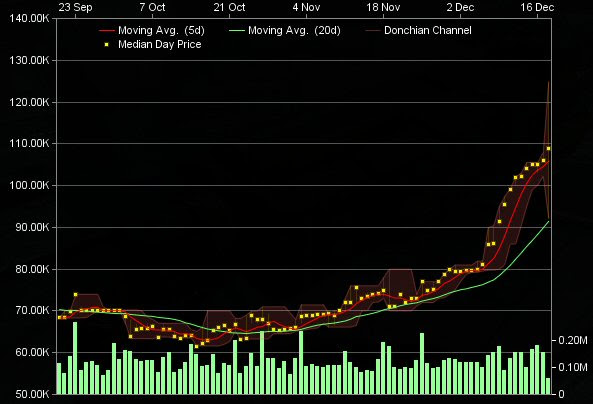 So as a tertiary effect, you can expect the prices of rigs to double or more over the next couple of months as the market re-stabilizes to this new reality.  Sooner or later, the T1 salvage will become valuable enough to dedicate a mission ship to bringing it in, such as the Salvage Myrmidon that was my FOTW a few weeks ago.  But that's a while off yet, so you might want to stock up on rigs you use a lot.

Just thought you should know...


(1) This is happening with all rats, by the way, including belt rats.
Posted by Jester at 7:15 AM