Week in the Life: Jumped too early

Every once in a while, a speculator will jump into a market too early.  It's not a fatal mistake, but it can be a costly one.

A lot of the true vets in this game make their ISK by speculating on modules that are changing with an upcoming expansion.  I've played around with this a little bit myself, speculating on large guns in the run up to the release of the tier3 battle cruisers.  In that case, I made a fairly nice pile of ISKies.  But I also speculated in minerals when they were spiking, jumped into that market too late, and lost a fair amount of ISK on that, though I ended up converting my stock of investment minerals to T2 mods.  As a result, I eventually profited, but not nearly as much as a lot of more experienced EVE players.

Jumping into the market too late means that you're left buying a lot of stuff from people who jumped in at the right time, and they profit at your expense.  Then when the price comes back down, you're left holding a lot of crap that you bought for way more than it's presently worth.

But the same thing can happen if you jump in too early, like this guy: 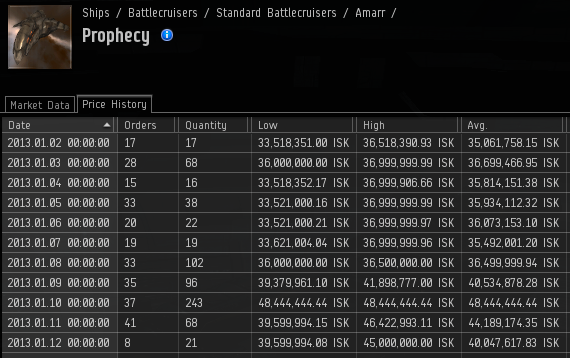 Somewhere out there is a fellow that bought more than 200 Prophecy battle cruisers, anticipating that they are going to be in demand when the balance changes affecting them drop.  He invested about 10 billion ISK in this bet, buying twice as many Prophecies in a single day as have been purchased in more than a year.  Problem is, he jumped in way too early.  It's going to be weeks before we see the new BCs on the test server, much less on TQ.  As a result, it's more or less impossible to predict demand.  His speculation drove the price of Prophecies way up, but they only stayed up for a single day and it's pretty unlikely that they're going to peak that high again before the changes drop.  Anyone who is interested in that many Prophecies is even now buying and researching the BPO...

As a result, on this person's 10 billion ISK investment, they'll probably make about 8.2 billion back or so, for a loss of 1.8 billion ISK.  Ouch.  Bad, but not terminal if this guy had 10 billion ISK to start from. 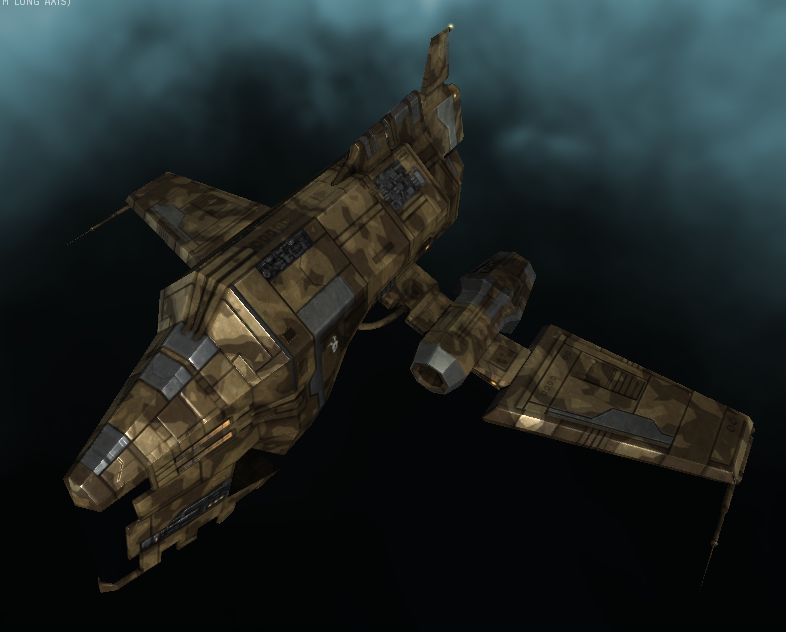 As I said, I've done it myself.  When I heard that the Guristas Shuttle was going to get a bad-ass paint job, I bought a small pile of them hoping there would be soon-to-be bitter-vets wanting to fly around in a bad-ass shuttle.  No such luck.  There are fairly enormous stockpiles of these things around and the price actually went down a bit after the paint job dropped.  Fortunately for me, I didn't commit that much ISK to this idea; it was just a fun little lark.  And the pleasant thing about this sort of investment is that you can be patient and hope that things turn around.

Needless to say, I'm still learning how to speculate on EVE expansions.  I haven't quite got the knack of it yet.  But sometimes it's nice to know that I'm not alone in that regard...
Posted by Jester at 10:49 PM