Little surprises around every corner

So the patch notes for Retribution 1.1 are out, and of course include the two big items: dueling and the Combat Battlecruiser re-balancing.  There aren't any surprises associated with either of these items.

Some of the features of Retribution 1.1 that caught my eye...


As a part of these changes, extra materials have been added to the build requirements of several Battlecruisers. These extra materials do not return when the ships are reprocessed.

Oh ho, isn't that interesting.  Has anyone had a chance to get on Sisi and see what these "extra materials" are?  Are they PI materials?  It's certainly interesting that reprocessing the ships won't return those materials.

Reading between the lines, I wonder if this hints at CCP's upcoming response to the mineral compression problem: adding a tax to the build cost of items throughout the game.  It will be a bit more painful to construct 7000 425mm Railguns if you also have to have a stack of Precious Metals or Mechanical Parts or whatever.  And it will be a bit painful on the back-end to lose them when you reprocess them.  If this is the way CCP is going, it'll be interesting to see if BPOs other than ships start getting "extra materials" required for their construction, too...

Duel challenges can be globally blocked in the ESC menu by checking the "Dueling - Auto Reject Invitation" option. This setting is per-character and is saved on the server.

I predict checking this box will be the second-most selected item in the ESC menu after unchecking "Load Station Environments".  ;-)

The Log no longer clears after session changes such as jumping/docking etc.

Part of the reason the logs show nothing: it gets cleared every time you enter a new system.  Undoing this is a very good move on CCP's part.  It'll make reviewing your own actions a lot easier (did that bomb hit? did my scram actually cycle? etc.).

Capital Industrial Ships (Rorqual) can now store the Venture in their Ship Maintenance Bay in addition to all the previous ship types they could store.

Heh.  I remind you again of that Venture fit from last week...

Fixed an issue where Shield/Armor/Structure was occasionally wrongly displaying 33% damage when in reality they were at 100% health.

Hallelujah.  Man, that was annoying.

Further improvements have been made to the speed at which containers will load up in the tree of the Inventory window. Players with numerous containers with custom names should observe a marked improvement.

Another good fix, if it works as CCP says it's going to.  It currently takes between eight and ten seconds for my Corporation Hangar in my main manufacturing system to open.  Each of my seven hangars has three or four (or more) named containers in it.

The tracking computer effect has been fixed to display at the correct scale when used on Titans.

This amused the hell out of me the first time I saw it, particularly on a Ragnarok.

Launcher locations on the Enyo are now correct.

This one's also amusing.  If you fit, say, a Festival Launcher to that last missile hard-point on an Enyo, it will move around from system to system or sometimes disappear within the hull entirely.  Glad to hear it's being fixed.

Finally, one of the teaser graphics that's being used to promote Retribution 1.1 is kind of amusing, but you have to be a member of Rote Kapelle to really appreciate it: 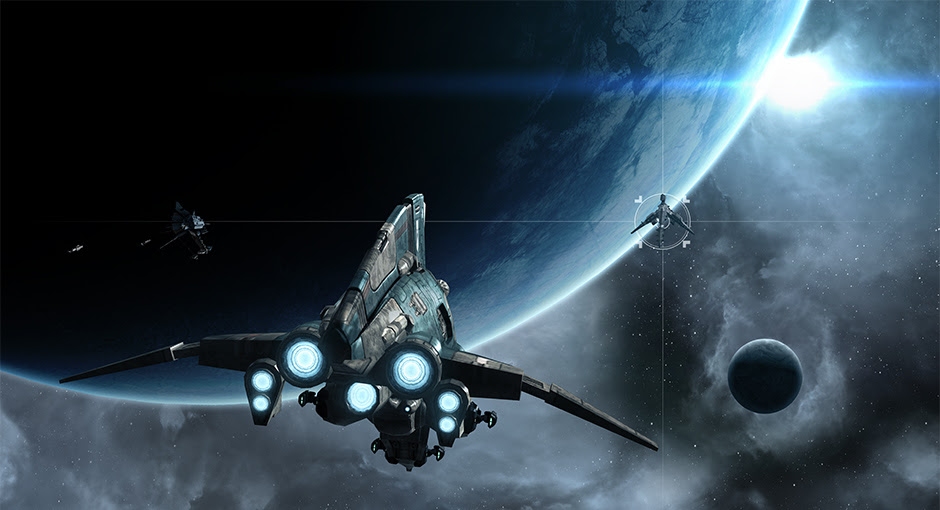 Just as I was joining, Rote was getting over an addiction to "cop car" fleets: whole fleets of Federation Navy Comets in which we'd roam around, "pulling people over" courtesy of the flashing light this ship used to have above the cockpit.  But when the faction frigates all received new artwork about a year ago, cop car fleets ended in Rote Kapelle.  And it wasn't because the ship's stats had changed, it was because they didn't look like police cars any more.  ;-)  I swear, that was the real reason!

Anyway, whomever made this little graphic apparently also doesn't care for the new Comet paint job either because this graphic features a picture of the Federation Navy Comet with the 2011 cop car paint job.  Hee!