Holy crap, the night life in this country is going to take some getting used to.  I can handle the late nights very easily.  I can drink when required.  But Icelanders seem to have a need to fill their every bar with exquisitely bad music played at 85dB and I wish I was joking.  ;-)  To say it makes conversations challenging is quite the understatement.  Try to imagine discussing the subtleties of internet spaceships with people of varying accents who are also trying to tell you their character names while standing under an operating jet engine and you'll have a pretty good idea of the difficulty.

I am currently deaf and hoarse.

But I'm getting ahead of myself.

I woke up this morning apparently 100% acclimated to the time change, threw open the window shades, and started to laugh: it was snowing.  There was a good inch or so on the ground and it was coming down pretty steadily.  What would this mean for the Golden Circle tour planned for today?  I was willing to bet that the native Vikings would scoff at so little snow and I was right.

Still, it made for some pretty entertaining reactions.  Here's CCP Explorer on Twitter:


Hey, #evefanfest attendees, you did bring the Festival/Snowball Launchers with you, right?


To all our #evefanfest visitors: Sorry for the unexpected snow. We accidentally restored a DB backup from December.

There were others of course, but those were my two favorites.  Needless to say, the Golden Circle tour kicked off just in time... with more than 600 Fanfest attendees present!  That was my second laugh of the day.  I was told that last year, it took four buses to hold the attendees.  Today, it took eight or so.  There were so many of us that multiple tour groups kept overlapping, crossing each other, missing each other... oh, it was chaos.  Fun, though.  ;-)

The attractions themselves?  I have to admit to being slightly underwhelmed.  The snow reduced the countryside to monotones; I suspect the bus part of the tours works much better in better weather, later in the season.  Visibility was down to about fifteen hundred yards or so most of the day.  That cut the impact of Iceland's gorgeous geography pretty significantly.  If you can't see the cliffs and ridges and rifts, you can't admire the amazing geology.  If the differentiation between snow, lichen, and fauna is obscured by snow, you can't appreciate the differences.

Highlight of the day was far and away Gullfoss waterfall.  This is, quite simply, a beautiful incredible place... absolutely glorious.  I'm not even going to attempt to describe it.  All I'm going to say is: go.  I only had 40 minutes to spend with this wonder of nature and I spent that hauling ass down a path into the cauldron.  "It's an experience," our coach driver said.  Understatement must be a cherished Icelandic art form.  The steep hill and staircase back up out of the cauldron that looked so intimidating going down simply flew by unnoticed coming back up.  I came away from Gullfoss energized in a way I simply can't describe.  Like I said: go.

No devs on the "Golden Circle with the devs" tour, at least on my bus.  I get the distinct impression that CCP ran out of devs to both do the Golden Circle and still be able to handle all the work still needing to be done for Fanfest.  There were crowds of people setting up in the Harpa all morning before the tour departed.  Still, I have no regrets on that score.  And I have a couple of really funny stories to tell about that bus ride that I'll save for another post.

The snow ended by about three P.M.  And then it vanished as if it never was. 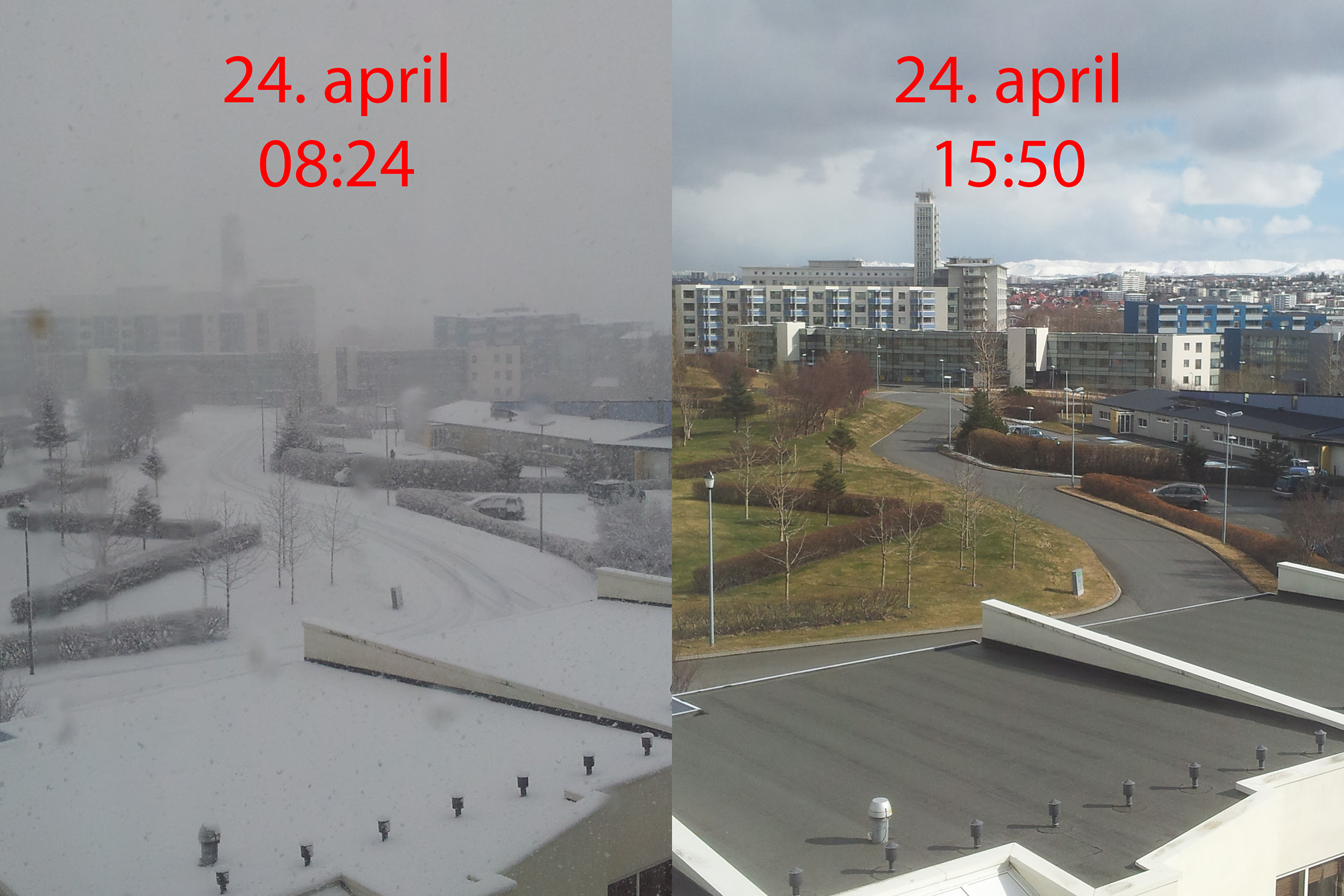 I hooked up with CSM7 Chair Seleene for dinner who continued the trend of not punching me in the mouth, hee.  What he did do was drag me into a PL blob.  ;-)  But it was fun and I learned a lot.  And in the best Gump tradition, that's all I have to say about that.

From there, it was off to the Iceland Symphony Orchestra playing music from EVE.  Yes, they played the most famous song you know, the one featured prominently in Clear Skies.  ;-)  But the rest was quite nice too, particularly the opening piece which was haunting and mysterious and really played up the "mystery of space" aspect well.  You'll probably hear a few people bitch that the boom camera operator "spoiled the show" on the big screen, but that was there for ambiance.  The music was the star attraction. 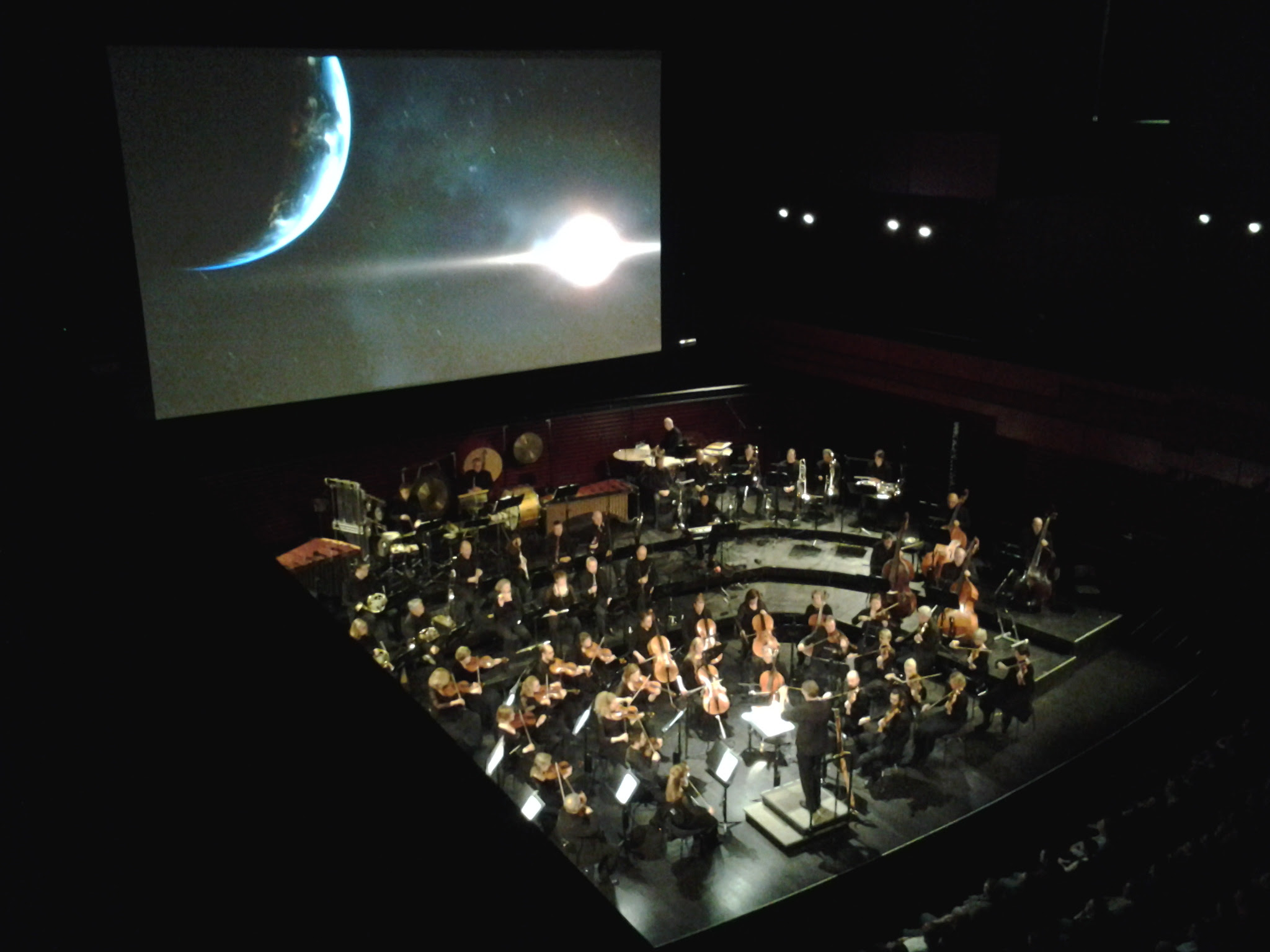 From there, the plan was Celtic Cross for the Twitter #tweetfleet meet-up.  We arrived to find a line to get in due to occupancy.  So, I allowed my alliance-mates to talk me into The English Pub instead.  But I still got a chance to meet a few people and chat.  See the "deaf and hoarse" bit at the top.  But I was hoping to meet Two step, Hans Jagerblitzen, Xander Phoena, Mara Rinn, Liang Nuren, and others.  No dice.  A meeting with The Mittani also continues to elude me.  I understand he was one of the people inside Celtic Cross.

Finally, I got to play an amusing little joke on alliance-mate Bacchanalian.  I've mentioned before that he strongly resembles Mittens.  Bacch had no idea what I looked like yet, so I walked up to him and said "The Mittani, I've been trying all week to say hello to you. *long beat*  I'm Ripard Teg."  Needless to say, Bacch's reaction was priceless.  ;-)

First official day of Fanfest is tomorrow!  Hopefully, I'll be able to meet some players for breakfast.  If nothing else materializes, I'll present myself at The Laundromat restaurant in the morning and hope I get lucky with the morning crowd.

On to some sleep!