Welcome to the junk drawer, part of a series of monthly posts in which I dump all the stuff that I couldn't develop into full blog posts this past month.  Just a bunch of quickies this month...

I'll have a bit to say about my CSM8 election predictions later today.  Among my own get-out-the-vote efforts was this fun little tweet:


I'm a bad person. I've got a guy camped in my home station. I'm letting him leave in exchange for a "Ripard Teg for #csm8" poem. #tweetfleet


Roses are red, violets are blue;
I'm voting Ripard, and so should you.

Like myself, Rote Kapelle is -- of course -- a very serious alliance full of very serious people who of course wouldn't dream of mocking the CSM8 election process or my activities in it.  They were completely supportive of all of my endeavors and had not a single teasing thing to say--

Oh, who the hell am I kidding.  One of my alliance-mates sent me a tiara as a congratulations present. 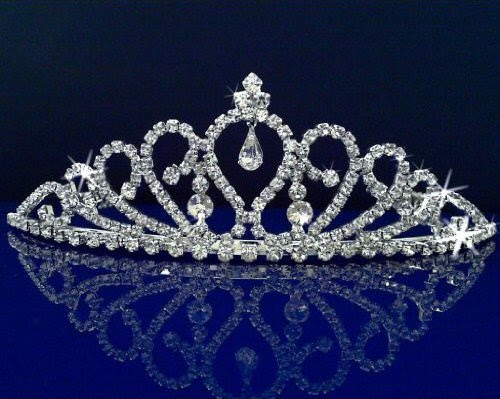 Speaking of bad people in Syndicate, amusing quote of the month for me was this gem by alliance-mate Jayarr:


Syndicate is like a maximum security prison.  It keeps all the bads in.

Ain't that the truth?

My favorite EVE website of the month is this one:
http://www.eve-census.com/

Using public data, it breaks down the number of high-, low-, null-sec, and WH kills per week, then breaks them down again by time zone and by region.  Or, want to know when your favorite corp is active or inactive?  It can answer that question too, as well as active pilots, solo pilots, what types of ships they fly, and how big their fleets tend to be.  It's a pretty damn awesome tool!  As an intelligence tool, I'd rate it right behind evewho.com.

Another "little thing" that I'm going to add to my little things list: it'd be nice if you could set autopilot destination to celestials like planets, belts, and POCOs.  That said, CCP might be hesitant about this one because using the autopilot to warp one's pod away from one's destroyed ship after a fight is a common tactic.  CCP might want to ensure such get-away pods warp to gates rather than planets or belts.  Still, it's worth asking.

And finally, this article in BusinessWeek made me smile.  It's riddled with inaccuracies and stuff that's just flat-out wrong.  It's not very well written.  It struggles to find a focus and I think, ultimately, fails.  But it continues what is apparently CCP's media push to get EVE out in front of a broader audience...  Despite how bad it is, spend a few minutes reading through it.  It includes some interesting snippets, including this...


Just down the road from the CCP headquarters, the Harpa, a giant glass opera house, glows in different colors at night. It symbolized Iceland’s banking boom. Now it may have to be torn down, because it’s too expensive for the country to maintain.

And that's all for the junk drawer this month.  Like I said, not a lot this time.
Posted by Jester at 2:32 PM