Welcome to the junk drawer, part of a series of monthly posts in which I dump all the stuff that I couldn't develop into full blog posts this past month.  Warning: it's a pile of really random stuff this month.  ;-)

The words "may not modify" come up five different times in EVE's End User License Agreement in respect to EVE's game play and code.  Very specifically, the EULA says:


You may not copy (except as set forth above), distribute, rent, lease, loan, modify or create derivative works of, adapt, translate, perform, display, sublicense or transfer the Software or any documentation accompanying the Software.

And yeah, as I've said, I understand player discontent about the new launcher.  But surely there is no better way to respond to it than to blatantly announce your intention to develop a third-party launcher for EVE Online... and then advertise that launcher on the EVE Online forums.  Needless to say, this guy had CCP land on his face with both feet, and rightfully so.

Good call, what?  And that's before you get into paranoia and conspiracy theories about feeding your user IDs and passwords for all your EVE Online accounts into a third-party launcher...

Speaking of EVE-related application development, apps like this are pretty much why CCP was messing around with that $99 commercial license fee thing.  I totally respect EVE application developers.  Roc Wieler (once part of the Capsuleer team in addition to being a blogger) and Marcel Devereux (developer of Aura) are two of my favorite people who play EVE.  And I am a user of EVEmon and EFT and a half dozen other EVE apps.  I totally respect the hard work they put into their creations and fully support them being paid for their efforts if CCP could find a fair way for this to happen.

But sometimes you get a guy who builds an EVE app almost completely on the labor of others... and that same app costs CCP money in terms of increased server utilization, database calls, API support, and the like.

Should that person then be allowed to charge for their application and for their limited value-add?  It's a tricky call.

Sooner or later, I should write a full blog post about the romance gamers in general and EVE players in particular have with achievements.  Is there anyone out there reading that hasn't tried to hit some achievement in some game that was probably meaningless to everyone in the universe except you?  ;-)

Hell, lots of people play EVE for no other reason than to rack up achievements, certificates, a nice kill-death ratio, or a nice ISK efficiency, or whatever.

And with that in mind, I present a sort of to-do guide on how to do a great video game stats page.  It's the newest version of the World of Tanks stats page, and it's pretty freakin' awesome.  Here's an example.  It's more or less how a MMO stats page should be done, at least if you think EVE is primarily a PvP MMO (and I'm not saying I do).

Speaking of achievements, here's one that probably nobody in the world cares about except me.  Don't say you weren't warned.  If:
you will have a dark grey box on a light grey background in the upper right corner of your screen that is both the same dark shade used for Steam achievements and moves very slightly every few seconds. 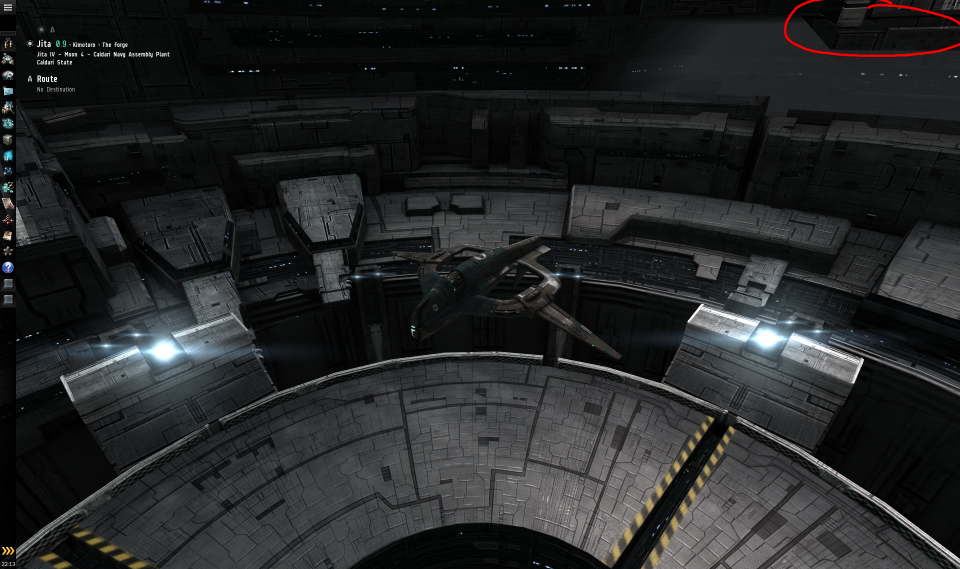 The human eye is drawn to movement and as a result, I keep seeing that dark box move out of the corner of my eye and then looking at that corner of the screen to see what Steam achievement I've just unlocked.  "Immobile in Jita for the 20th consecutive hour", probably...

Having started playing EVE in 2008 or so, I completely missed this EVE video, which is apparently a classic of the genre.  So here it is in case you missed it too, because it really is very funny.  Go watch it.  It's worth your time.  It's full of muted profanity and homicidal mania.  Needless to say, this sort of documented rant is also against the TOS...


The character in question was presumably bio-massed sometime after this video was released.

Another quick proof that DUSTies are growing up fast.  In addition to dealing with corp theft, now they're also having to deal with spies and the meta-game...

And finally, this just made me laugh.  Sometimes you see a huuuuuuuge pile of ice-mining ships all in close proximity to each other in a 0.5 high-sec system somewhere.  So you get some friends together, fit up some smart-bombing battleships, slip them into the system because their sec status hasn't quite hit -5.0 yet.  Then you set up a situation where you can warp your smart-bombing battleships into the mass of ice-miners and get yourself dozens and dozens of ganks.  As I've said, I'm sympathetic to the needs of this game-play style.

But it also means I get to laugh at you if your smart-bombing battleships get no kills whatsoever because you didn't bring quite enough of them.  ;-)  Well, OK technically, they all killed each other...

This one's courtesy of my old friends in ExodusDOT alliance, who I hugely respect.  But every once in a while, they've been known to kick their own asses, hee.

And that's all for the junk drawer this month.
Posted by Jester at 3:34 PM