One of these things is not like the others

OK, let's talk about the Odyssey features I like.  And that starts with the new mini-game.  I love the new mini-game.  And I dislike it.  And it concerns me quite a bit too.  But mostly I like it.  But to explain where I'm coming from, I'll have to start from the background.  Stay with me for a few minutes.

Until Odyssey, running what are now called Data Sites and Relic Sites (love the new names) was pretty straight-forward... it was just boring.  You rolled up to the can that you would activate an Analyzer or a Codebreaker against and then you'd activate it.  And then you'd go get a beverage because unless you had fantastic skills, it was going to take ten or twelve or 15 cycles of the module to crack the container.  Then you'd empty the can, motor to the next can and repeat, usually three or four times per site.  Like I said... straight-forward and boring.

If "straight-forward and boring" sounds like a lot of EVE PvE... I'll get to that. 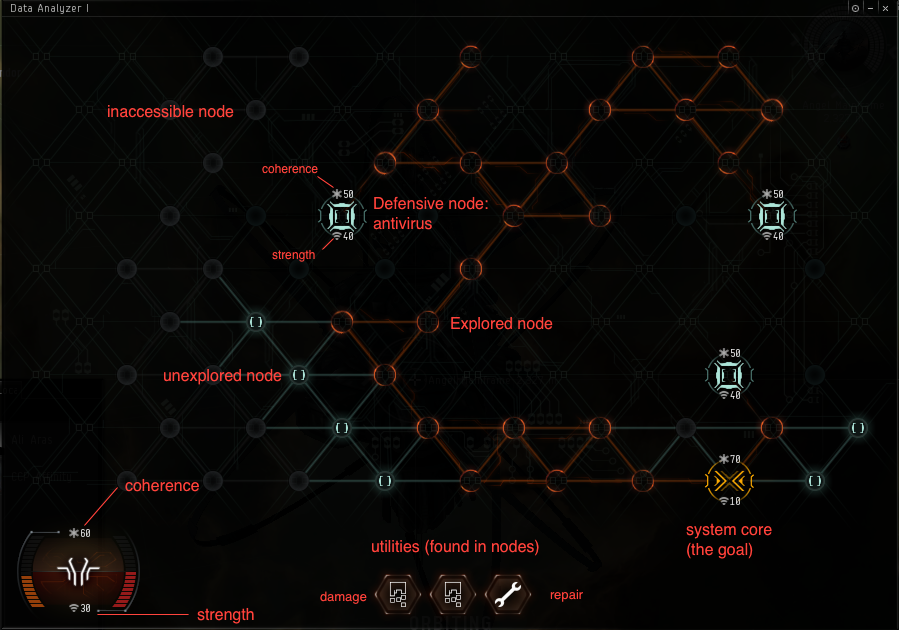 One of the biggest tent-pole features of the Odyssey expansion, the new mini-game is the replacement for that 45 or 60 seconds of boredom.  And I have to say again that I love the new mini-game.  And sure, this is coming from a guy that enjoys Slay and other mentally-challenging tactical turn-based games.  Love 'em.  This particular one is (IMO) engaging, at just the right level of challenge, and well-designed.  And I'm not just saying that because I'm good at it.  OK, I'm mostly not just saying that because I'm good at it.  And if you're not good at it yet, CSM8 member Ali Aras has written an absolutely terrific starter guide to the mini-game.

But that brings me to the first thing that concerns me about the new mini-game.  It's great, it's fun, it's well-designed.  But is it EVE?

Back when the original Bioshock was released in 2007, it included a Pipe Dream-like mini-game that was also great fun... but it didn't quite fit with the rest of the game in the opinion of a lot of players.  And that honestly is what we have here, I think.  For a while, there were rumors and even a very crude prototype of an EVE avatar exploration mini-game where you explored the interior of a Sleeper station.  And this hacking mini-game strikes me as the sort of thing that would have worked very well for that effort, re-purposed into EVE's spaceship game.  So don't get me wrong, I think it's a great game.  But I'm not sure it fits with EVE.

And that brings me to the second thing that concerns me about the mini-game.  To what, if anything, is it a prelude?  The "game-play" mechanic that was removed from EVE to make way for the mini-game was a cycling mod that ate up anything from 45 to 90 seconds or more while you waited to "receive bacon", as the saying goes.  Now you have to work for your bacon and if you don't work smartly, you receive no bacon at all.  Before, you could relatively passively show up and as long as your ship was fitted correctly and your character had the right skills, you were eventually guaranteed the maximum possible baco-- er, reward.

That describes any number of PvE mechanics in EVE, but the one that's the most interesting in context is mining.  Mining operates very much the same way: it's a passive activity requiring only that you show up with the right fitting and the right character skills.  Anything else you bring to the table is relatively superfluous.  Sure, you can pick up a few percentage points of efficiency here and there through smart use of your mining lasers and a Survey Scanner but mostly it came down to ship fitting and character skills.  "Make mining based more on player skills so that bots can't do it!" players have been screaming at CCP for a while now.

Be careful what you wish for.

No, I don't know that CCP is going with mini-games for other PvE content in EVE and if I did know, I couldn't tell you.  But right now the mini-game is kinda hanging there in space, being completely unlike anything else that's hanging in space in EVE.  A mining mini-game is not completely out of the question.

That, perversely, brings me back to something else that I really like about the mini-game: the fact that it's so distracting.  When the mini-game was first hinted at, I have to admit that my very first thought was "Yes yes yes, by all means keep people running data and relic sites focused on the mini-game window.  That way, they won't pay attention to their Local window or their directional scanner window.  That will make them far easier to catch and to gank."  And things seem to be going just that way in the early days of Odyssey.  Sure, it's a pity that you can't warp directly to data and relic sites.  But it doesn't take that long to scan 'em down, particularly with the nice visual indicators both in space and on the star system map to help guide those initial few moves to scan someone or something down. 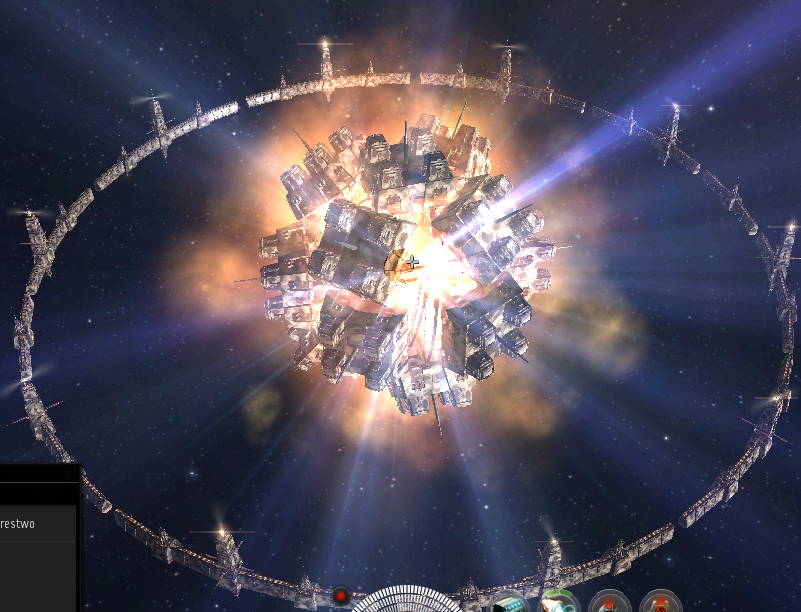 And nowhere does the distraction get any better than the so-called "lootsplosion" that follows a successful hacking attempt.  All those little green pixels darting in so many different directions.  But it's got a fairly major down-side, too.  Last night, I tracked down five straight relic sites with between three and five cans per site, something like 17 cans total.  By the time I was done, my hand hurt.  Coincidentally today, there's a post from what appears to be an older gamer like myself, complaining about the twitch and RSI nature of the lootsplosion.  And I have to admit that I have a certain amount of sympathy here.  I totally understand and support the idea of making running these sites a cooperative exercise.  But now that I see the sites in action I'm not sure I care for how it was done.

Nothing before the lootsplosion is cooperative in any sense of the word, other than a second person might be handy to watch Local and the d-scan for you.  But they can't help you with the mini-game, they can't make suggestions about what path to take and their ship and fitting doesn't matter in the slightest, except so far as to scoop up all those little green pixels.  That... I have to admit that I don't care for and hopefully we'll see some tweaking of this particular part of the design.

But yeah, overall?  I'm a fan of the mini-game.  It'll just be interesting to see how and where it's developed...
Posted by Jester at 4:39 PM