As I've mentioned here a time or two, I'm a fan of table-top war games.  When playing them, particularly cooperatively with another player, a maxim I'm fond of repeating is "Remember your mission!"  It's a maxim that's easily applicable to most video games, particularly single and MMO shooters, RTS, and role-playing games.  It's even applicable to life sometimes.  Remember your mission.

If to accomplish your mission you can bypass an enemy stronghold, stealth past an encounter, or short-circuit a problem to ground, do so.  You don't have to get tied up in side issues unless you want to be.  Sure, sometimes killing every single bad guy is fun.  But if you've got a job to do and you'd just as soon get it done and you have the option to exchange slaughter for expediency, do it.  Remember your mission.  It's a favorite maxim of mine.

Which is why I'm kind of enjoying the exchange of propaganda during the current Fountain war, particularly over "who's winning." 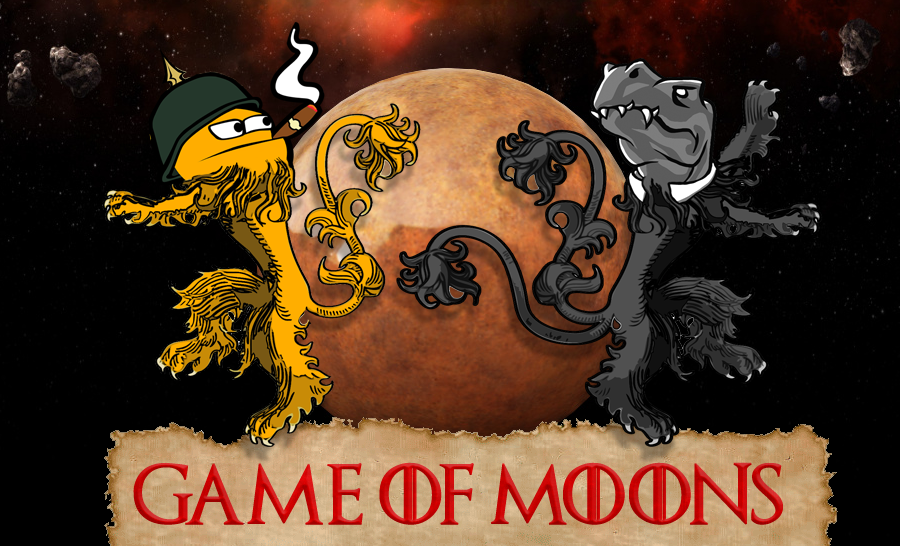 The last week or so, TEST Alliance has been having a lot of fun in this war of propaganda.  There's a great scene in one of my favorite bad movies, The Patriot.  Mid-point through the flick, the American Revolution's southern front is not going well for the British.  The march north has been slowed to a halt by plucky American irregulars.  In between battles, General Lord Charles Cornwallis is bemoaning the fact that he is attending a ball in South Carolina when he feels he should be attending balls in North Carolina or Virginia.

This is TEST's propaganda view of The Mittani.

Cornwallis bitches to one of his subordinates, Colonel William Tavington, that his tactics are not having the desired effect.  Tavington is TEST's propaganda view of DBRB or some other CFC FC.  Pick one.  Meanwhile, TEST casts themselves in the plucky Mel Gibson role of Benjamin Martin, slipping behind CFC lines to inflict all sorts of hideousness on the evil British while we pubbies uninvolved in the war clap our hands and exclaim "Oh, fireworks!  Lovely!"...


"Sure," this line goes, "Goons have taken six or eight systems, but they're not winning fast enough, and we're bleeding them to death."  Et cetera.  It's nice propaganda.  It even came with an amusing "TEST perspective" article on TMC.  The article itself claimed TEST were slowing the Goon advance and even holding in place.  Meanwhile, the first letter of every paragraph in the article had a charming and funny message for Goon leadership published on their own news website.  So yeah, it's nice propaganda.  But is it true?

Meanwhile, when the invasion kicked off, while Mittens described it as a "land grab", he made it reasonably clear that the primary objective was capturing R64s...


Our finance team - the best in the game - tells me that in order for us to uphold our social programs, we must acquire more than fifty new R64s for the coalition.


Tonight we are invading Fountain. But we are not going to bother with stating a grievance or demonizing the defender - We are doing it because we need the region and its moons for our people and our friends.


Yet the hard fact is that we would not be going to war against TEST if they were living in Providence.

And indeed, now that the war has been running for two weeks, the latest Mittens update is rather giddy on the subject:


Despite my absence, we had taken the northern section of Fountain sov, captured 21+ TEST R64s, and did this in the face of an increasingly large hostile dogpile...

Look what gets listed first.  Of the 50 R64s the Goons want, they apparently already have 21+ of them.  And in case there's any question about the Goon mission here, check the bottom of that para:

In the entire update, the word "moon" comes up twenty times and no I'm not exaggerating.  When Mittens mentions capturing sov at all, he mentions it in the context of "this progress is too rapid, in my mind, and why do we have so many I-Hubs available anyway?"  He's practically dismissive.  Goons are capturing long-term income, long-term resources, and measuring their victory on this metric: increasing ISK over all.  TEST, meanwhile, seems to be measuring victory based on holding sov, which means they're measuring victory based on how much ISK they get to sink each month, ISK they're increasingly not going to be able to afford because of the income losses being inflicted on them on all sides.  When people ask me on pod-casts who I think is winning, this is why I invariably pick the Goons.

Remember your mission!  Propaganda aside, bribing of Black Legion aside, the occasional massive fleet or super welp aside, from a neutral outsider's perspective, it sure looks to me like one side in this war is following that maxim.
Posted by Jester at 9:49 PM