Not long after I first started playing EVE Online, a buddy of mine who had been playing for a year or so by that time joined a large sov-holding null-sec alliance.  He soon reported that one of the membership requirements of his alliance was a monthly tax on all members.  I don't remember the exact amount... but at the time, it seemed like a lot of ISK.  It was probably about 20 million or so per month.  He further reported that the tax was payable per character in the alliance.  I remember thinking at the time this seemed somewhat unreasonable to me.  After all, wasn't the alliance getting the benefit of additional members to defend their space?  I was assured that this was no big deal and raising the ISK was quite easy.  All one had to do was a couple of hours of null-sec ratting, or it could be done even faster by joining one of the alliance's weekly mining ops and turning in your mineral take.  After the membership tax was paid, all mining or ratting beyond that was pure profit.

If memory serves, the alliance in question -- which I won't name -- was about a thousand or so characters at the time, which meant that the alliance had a monthly income of some 20 billion ISK per month or 240 billion a year, which struck me as almost other-worldly amount of ISK.  I was then informed that was only part of the alliance's income and that there were also mining taxes, refining taxes, ratting taxes payable to one's corp, et cetera.  Again, I was told that this was common-place in null-sec and every alliance did it.  And indeed when I joined Gentlemen's Club myself sometime later, they did indeed have a monthly per-character membership tax and so I dutifully paid it.

Does this sort of thing still go on?  I haven't heard about it in several years.  These days, the largest alliances finance their operations with more efficient and reliable means than membership taxes.

So you can imagine the amusement and surprise when it was declared that "TEST is broke" and they'd be asking for donations to maintain their ship replacement program for members.  And to the continued amusement of their enemies, quite a lot of people ponied up, to the tune of some 300 billion ISK so far.  It's not insignificant money and it will fund a goodly number of fleet battles... assuming that TEST fights on after yesterday's embarrassment.

Still, it's been interesting to watch the propaganda war flow back and forth over TEST's finances.


(6:11:40 PM) directorbot: FYI: Letting Baki Yuku into your alliance is almost as hazardous to its health as letting Gevlon Goblin manage your finances.

Mittens in particular has been having a good time with it, but he's not the only one.  There have been pretty funny propaganda images about it, including this one...


Goons have always been excellent at propaganda, of course -- it may be what they're best at.  But it's been kind of entertaining and amusing to watch the war of :words: over an alliance-funding technique that's far older than the method the Goons have chosen.  The Goons, meanwhile, have everyone believing -- hell, even including me and even including TEST themselves! -- that such a donation drive is ample proof that the Fountain war is lost, almost regarding it as pitiable... and almost pathetic.  So you have TEST members and people giving donations struggling to justify their participation. 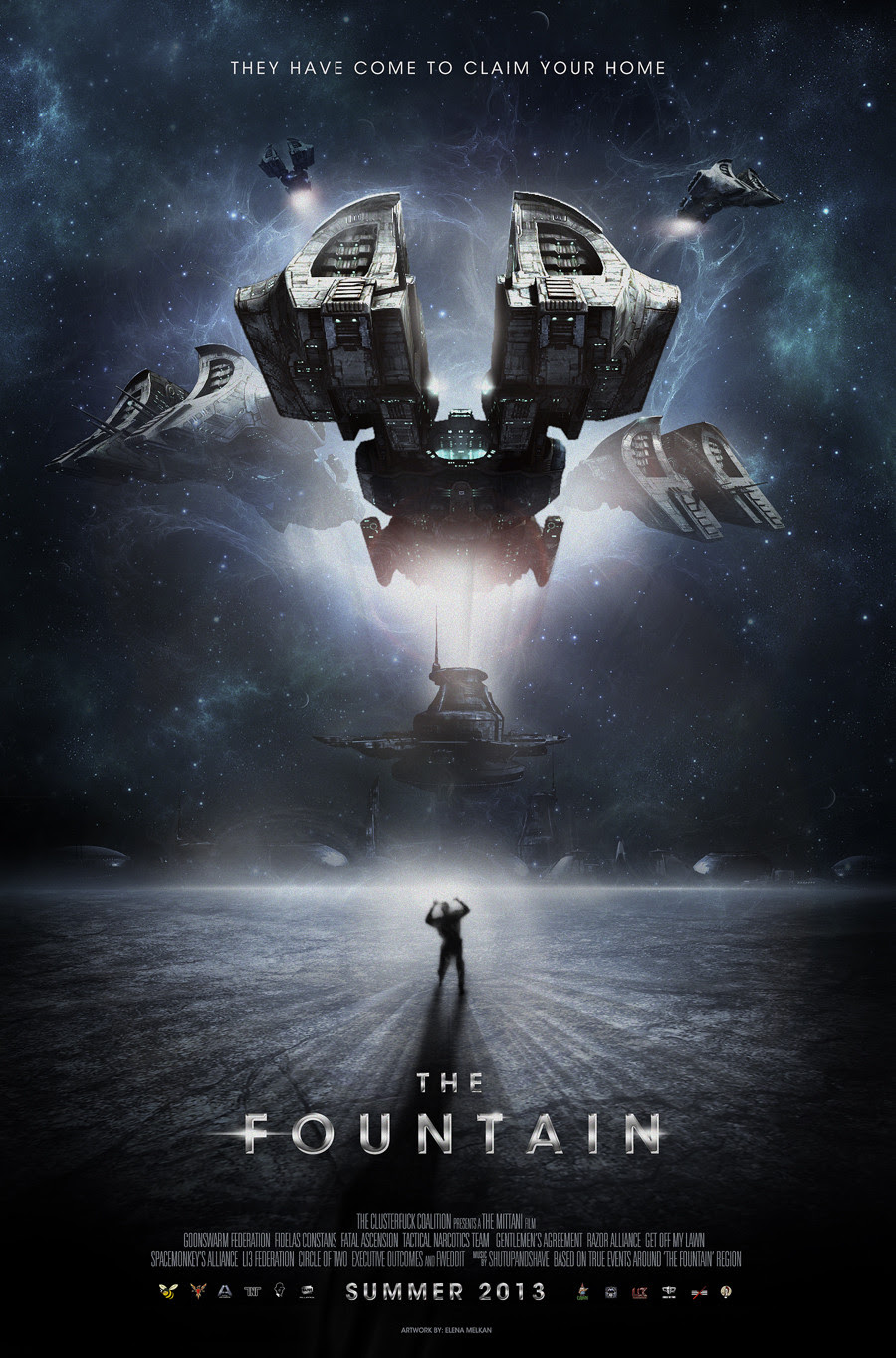 The irony of course, is that all of this is happening while the CFC wages a war whose entire purpose, you'll recall, is so they won't have to resort to such financing means themselves!

So yeah, I see the humor in it.  It's kind of fun to watch and kind of fun to get caught up in.  What CCP thinks about it, I couldn't tell you.  They're staying (rightfully) carefully quiet and neutral about the whole thing.  Meanwhile, the propaganda continues...


(6:08:14 PM) directorbot: A TEST Logi director just went rogue and stole everything in their Logi hangars in Karan, NOL, K-6 and 6VDT, all gone. It seems like the leadership of TEST are officially abandoning ship and grabbing everything not nailed down.