Welcome to the junk drawer, part of a series of monthly posts in which I dump all the stuff that I couldn't develop into full blog posts this past month.  Lots of ultra-quickie random stuff this month!

This made me laugh so much:
http://eve-files.com/chribba/eve_offline.swf

It's just the thing to play when you can't log into EVE for a while.  I'm sure it's been around forever (Chribba, et. al.) but I hadn't seen it until this month.  It's fantastic!  Go play it.  Click the wrecks to open them.

I have nothing to say about them except they both make me smile.  In the first link, #14, #17, and #28 are my favorites.  Save the link because someone keeps adding to it.

This also made me laugh:

It's courtesy of gamefront.com.

Here's an interesting one off.  On the EVE Online forums, it was noted that one of the wormhole systems has been renamed.

And it would probably remain one of those unexplored mysteries of the new expansion, except for the fact that something really unusual happened.  A CCP dev -- CCP Fozzie, in this case -- responded to the speculation in the thread.  He says CCP definitely did it, and did it on purpose.  What was the purpose?  He didn't say.  So now a number of conspiracy theories are blooming, ranging from "renamed to properly fit some set of celestial coordinates" to "renamed to keep from offending those affected by a mass shooting that happened on a similar date."

What's the truth?  If you find out, let me know.  I'm interested despite myself.  Fozzie isn't saying anything more.  There's also a rumor that there was a new wormhole system inserted into the game for Odyssey, though I haven't seen confirmation of that one.

Completely random: does anyone pay attention to their character birthdays?  Should CCP pay attention to it?  At Fanfest, CCP did say they're going to create a "Ten Year Anniversary" station for characters that reach their tenth birthday.  If you have, you'll be able to dock there.  If you haven't, you won't.  I'm kind of idly curious if EVE players would feel more immersion and loyalty to the game if they received a birthday gift every year on their character's birthday... 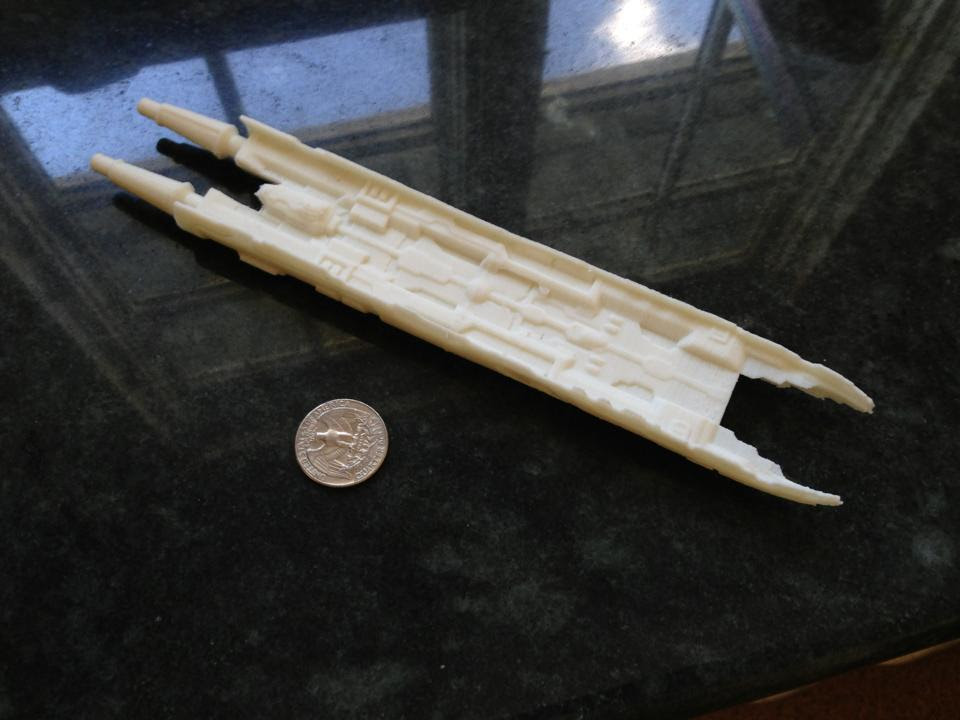 Trebor Daehdoow has one as well, and was showing off his creations -- including a Rifter and a pod-shaped baby rattle -- at Fanfest.

Escapist has produced a video review of DUST 514.  It's kind of interesting and explanatory, if low key.  CCP also produced a better introductory video for DUST 514 than has ever been generated for EVE Online.  Apparently, unlike EVE, DUST 514 is easy to explain.  ;-)

Finally, I was really flattered at this shout-out from Mat Westhorpe of gameskinny.com.  Thanks, Mat!

And that's all for the junk drawer.  Like I said, a bunch of really small random stuff this month.
Posted by Jester at 6:07 AM