POTW: They're not built for this!

I'm sure by now you've heard, but daaaaaamn. 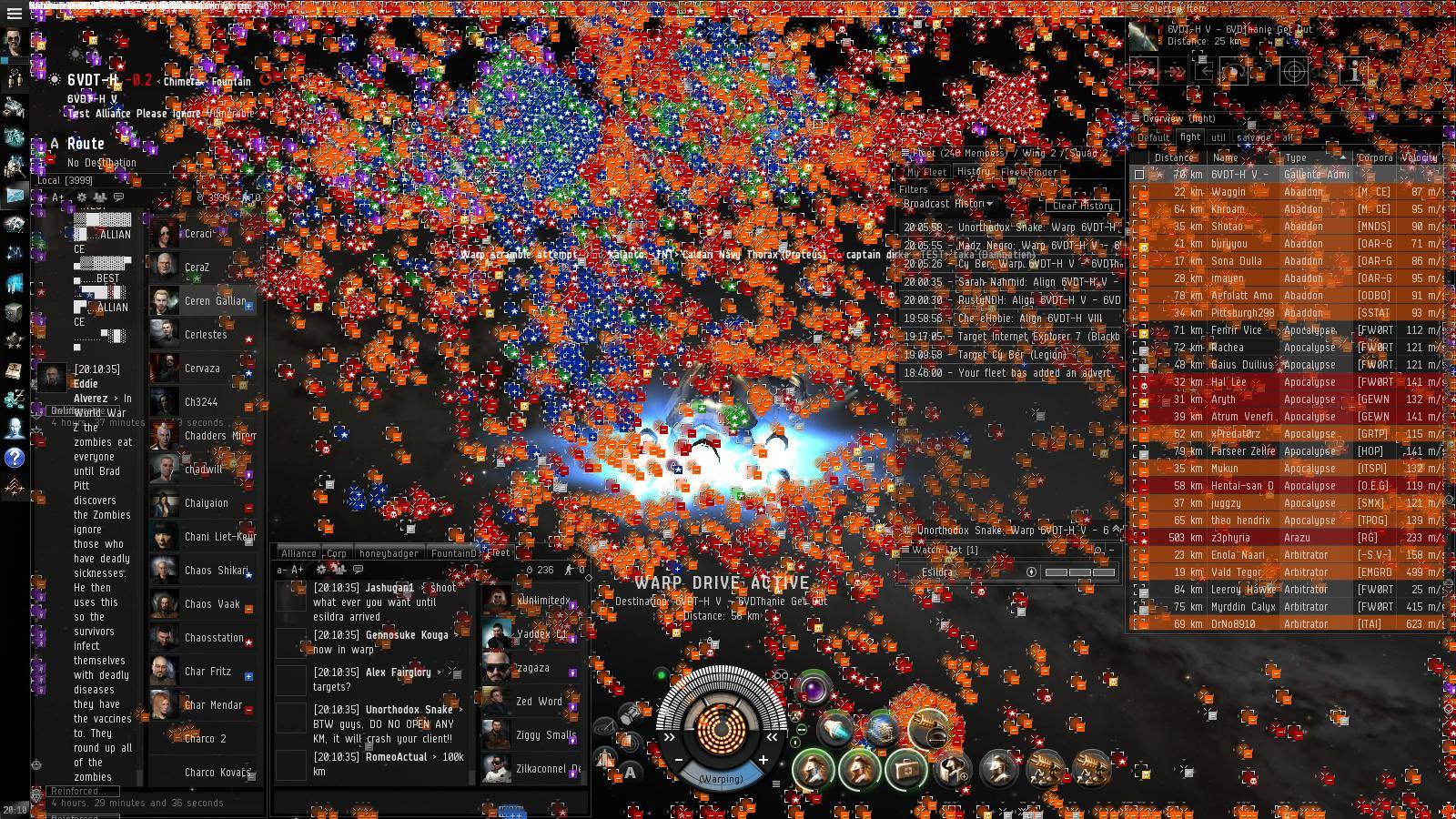 I'm not going to cover the fight itself in any detail.  I wasn't there.  But I do want to extend massive kudos to CCP for handling this with as much grace as was possible given EVE's architecture.  ;-)  Seriously, I think CCP did something really clever to keep the game running yesterday and I dearly hope we see a dev-blog about it and would be kind of surprised if we didn't.

Previous record for number of pilots in the same system was apparently set on 30 October 2012 in LXQ2-T, with 3230.  6VDT-H broke that easily.  Highest number I heard about was 4075 (and may have gone higher).  Here's the battle report.  For more about this fight, see the EVE news site of your choice.  TMC has three stories so far.  EN24 has four or five, depending on how you count them.  Note that a titan was lost, but won't be appearing in today's KOTW report because it happened 3.5 hours after deadline.

It's just possible I'll have something to say about the bigger picture when the time comes.
Posted by Jester at 9:29 AM