AT11 Day Five: And here we are again

Let's start with some snippets, then get into what we can expect on day six.

For the back half of the festivities today, my alliance-mate Bacchanalian was in the wings while everyone else was either at the desk or in the commentary booth.  So he contented himself with snapping this behind the scenes picture which I think is pretty nifty: 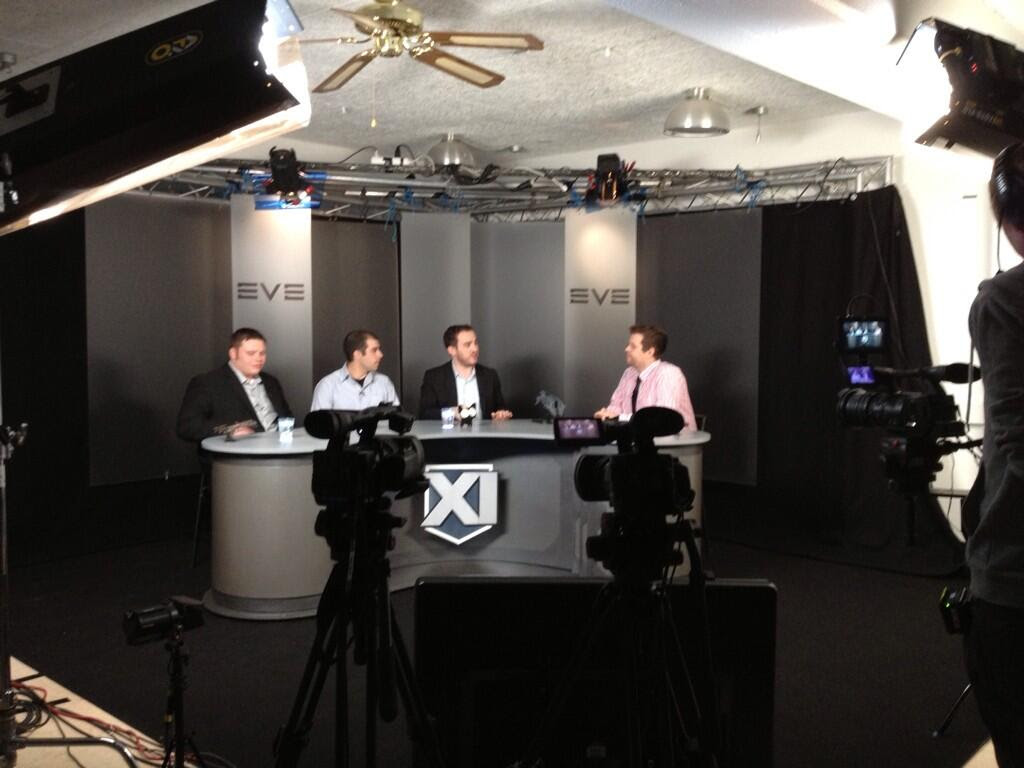 Overall, the commentators did a great job today.  Someone does need to duct tape CCP Dolan to his chair if the intent is to put him in the commentary booth at any point tomorrow.  You guessed it: he left CCP Rise sniffing his armpit again during the first exciting HYDRA/PL match... 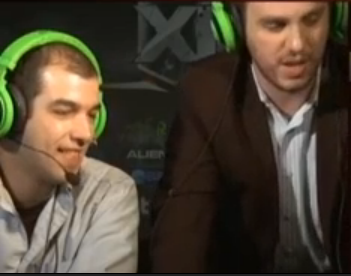 Please stop doing this, Dolan.  We realize that you're excited.  But having you standing over your monitor is really quite distracting.  Hopefully if this comes up tomorrow the person next to Dolan will pull him back into his chair.  Other than that though, Dolan had a lot of good funny moments and the rest of the commentary team continues to be absolutely first-rate in every respect.

I've been teasing CCP about this all week.  I mentioned that the RvB ad that I like so much probably caused some discussion in the halls in Reyk.  If that one caused discussion, you can imagine how CCP felt about this one...


Yeah, that's final four team Exodus's submitted ad.  To my knowledge, it hasn't been played during the three weekends.  I've mentioned before how CCP feels about having their individual devs highlighted and I'm sure that was the objection here.  The ad is about Exodus but it isn't about Exodus, which is a subtle but important distinction.  Still, I find it quite funny and knowing what I know about the guys from Exodus it does reflect their rather off-kilter personalities.

Anyway, on with the main event.  As I said in my post earlier today, the remaining teams in seed order are:
Tomorrow, we start the schedule with winners fighting winners and losers fighting losers, thus:
That takes us almost to the break, at which point we get (with my predicted winners of the previous matches in parens):
And we finish with...
But really, neither team are losers because both teams are going to walk away with two or three trillion ISK in tourney prize ships and other prizes.  I'll have more to say about that tomorrow or the next day in my AT11 wrap-up, because I think something interesting is happening around EVE tournament play.

Finally and sadly, I myself am going to miss watching the matches live.  As I've said a couple of times, I'm in the midst of moving IRL and I have some work to do associated with that tomorrow.  Still, I expect to have lots and lots of exploding spaceship video to watch when I finish that up.  Expect my day six wrap-up to be late for that reason, though.  Everyone have fun watching the explosions for me.  ;-)

Good luck to all four teams competing tomorrow!
Posted by Jester at 12:03 AM