So in his latest missive on the Provi civil war, XavierVE reported that Of Sound Mind had gone on the offensive by reinforcing a TSOE Consortium CSAA POS.  Earlier today, rather hysterically, that POS fell with its associated CSAA... to a massed fleet of 100 bombers and Talwars.  Hee!

I've mentioned how much I'm enjoying this little war, right?

Anyway, the reinforcement and kill came with a really striking screen-shot so I thought I'd share.  For those of you who have never seen a CSAA, this is what a Capital Ship Assembly Array POS module looks like.  The tiny little silver stick that you have to zoom way in to even see that those dreads are shooting at is the POS itself.  Behind it are two CSAAs.  It's the picture of the week. 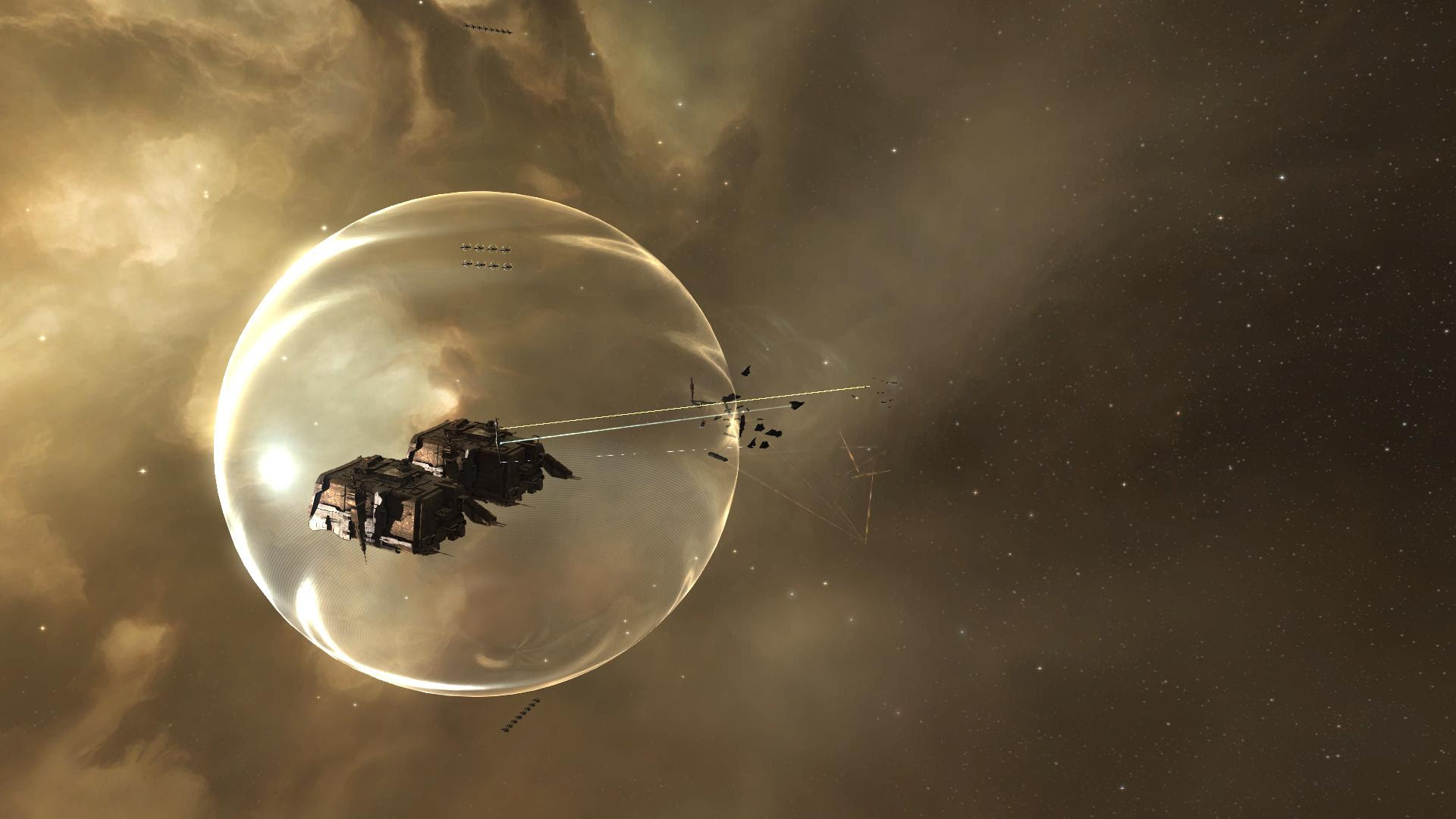