First up, the minutes status:

Of 25 total sessions:
There are two sessions without minutes, one of which might end up being permanently NDA'ed:
And Ali tells me that she's just about done with the Valkyrie session.  When the seven people chosen for the summer summit went to Iceland, there was only one Oculus Rift HD prototype there at the time.  Therefore, only one of us could "try" Valkyrie.  The rest of us in Iceland pretty much insisted that Ali do the Valkyrie session minutes because she was the one selected to try it out.  ;-)  But overall, you may now begin pestering CCP Dolan with the "where are the minutes?" questions.  And he has told us that he's running hither and thither getting approvals for them.  So soon(tm).

One point of order, though: I want to express appreciation toward CSM8 Chair Trebor Daehdoow.  He's done a really terrific job of being the first set of eyes on every set of minutes that we've worked on.  He's definitely CSM8's Chief Editor, making sure nothing gets missed and the language and writing stays consistent throughout so much as possible.

Speaking of soon(tm), as they have promised, CCP has also been working on the next response to the SOMERblink RMT situation.  The CSM has been keeping a very close eye on this and we expect to do everything we can to help CCP with their response to this.  They are very definitely taking this situation seriously.

We had two meetings this past week: one our standard weekly stake-holder meeting with Team Five-0, and a meeting with CCP Seagull to begin laying the groundwork for the winter summit and what CCP will be asking for our feedback on.  We were really pleased with Team Five-0's progress as they complete their objectives for Rubicon.  And as you can imagine, that second meeting was really interesting!  We can definitely see the chess pieces moving around as Seagull builds toward her vision of space colonization.  There are a few things we had questions about and the meeting went the full hour with a lot of back and forth dialogue.  Really good stuff!  I'm particularly impressed with how open Seagull feels she can be with us: she's trusting us with a lot of information, knowing that we'll give her and her team honest feedback while keeping our collective mouths shut.  Sorry about that.  ;-)

Two CSM members who have been less than active the last couple of months stepped up and let us know that real-life situations that have been keeping them from their EVE-related duties have eased off.  We should now expect to hear a lot more from them in the coming months.  Out of respect, I'm not going to name names.  If you've been paying attention to these weekly updates, you can probably guess with a good deal of accuracy who I'm talking about.

The private section of the forums was pretty quiet this past week: with the teams heads down finishing their features and pulling their feedback directly from player threads, there's less for the CSM to do on that front.  There's the occasional quick question on Skype from some teams, but that's been it.  That said, I'm really liking the relaxed vibe I'm getting from the devs as we approach the finish line.  They clearly feel good about the work and how it's going!

Finally, I have a pretty good idea when the next town hall is going to happen but I want to chat with Neville Smit and DJ Wiggles first and make sure they can continue to assist us with this next one.  Expect an announcement very soon for that.

Aaaaand I think that's it for now.  Well, other than this.  It's one of the last pages in the "Into The Second Decade" book included with the EVE Collector's Edition.  gg. 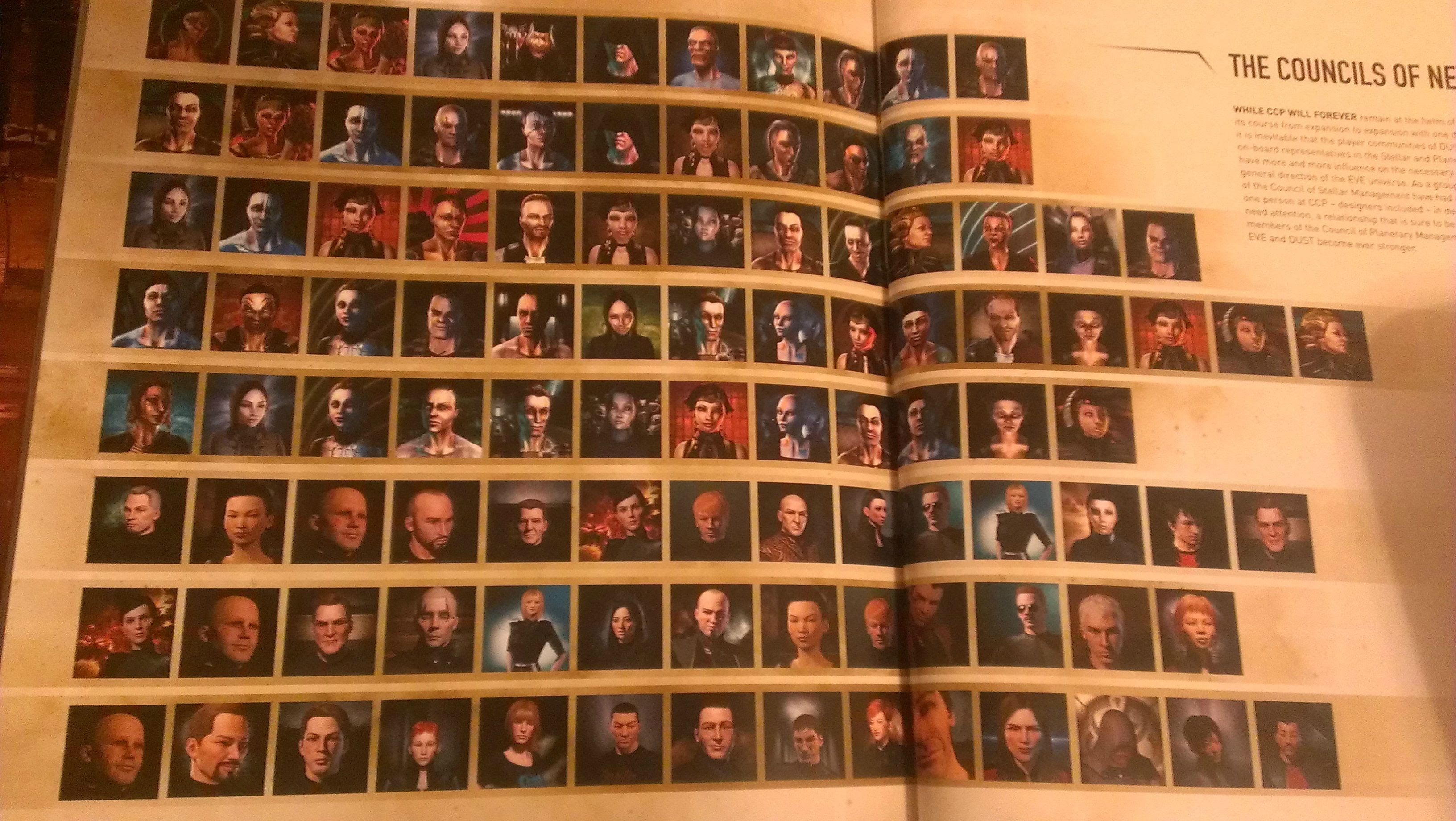