Growing up, I was a big fan of strategy board games, and one of my favorites was Risk.  For the seven of you who haven't played it, it's a turn-based strategy game the objective of which is to conquer the world.  It's about two thirds strategy, one third luck.  Individual battles are decided by dice rolls where ties go to the defender.  As a result, a weak player who is lucky can still hold off a much stronger player.  That said, strategy plays the larger part and sooner or later a good strategy will overcome a lucky opponent. 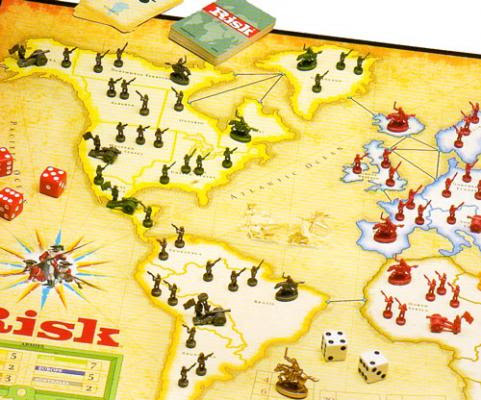 When I played Risk, I nearly always tried to control North America first.  Two players would usually brawl over South America.  Two others would fight over Australia.  Me, I was content to conquer one or two lightly-defended territories on the top left side of the board per turn, collecting a card each turn, until I could trade in a set, collect a surplus of troops, and try for a final push through Mexico and/or Greenland around the fifth turn of the game.  If the other players were fortifying elsewhere, it usually worked.

By this time, the exhausted victor in South America usually hadn't consolidated yet and wasn't much of a threat.  So the next turn or two, I could push south with the North America troop bonus and then fortify my position with only three entries into my domain.  From there, I'd try to set up a buffer -- usually in Iceland, ironically enough -- to absorb attacks.

Once that was done I knew that if I could hold both North and South America for four turns, the game was mine.

And that brings me to the latest GSF CEO update published by The Mittani.  When I pointed out on the blog before the update that CFC owned the entire west half of the galaxy, a couple of people were quick to say, in effect, "true, but in terms of system density, it's the smaller half of the galaxy."  And just like Risk's western hemisphere, that's indeed true... and at the same time not particularly relevant.  There are fewer systems in the west than the east, that's true.  But they're easier to hold, fortify, and defend.

Hell, on the latest influence map the GSF holdings even look a little like North and South America.  And there are indeed three natural ingress points, and so three places that will need to be defended. 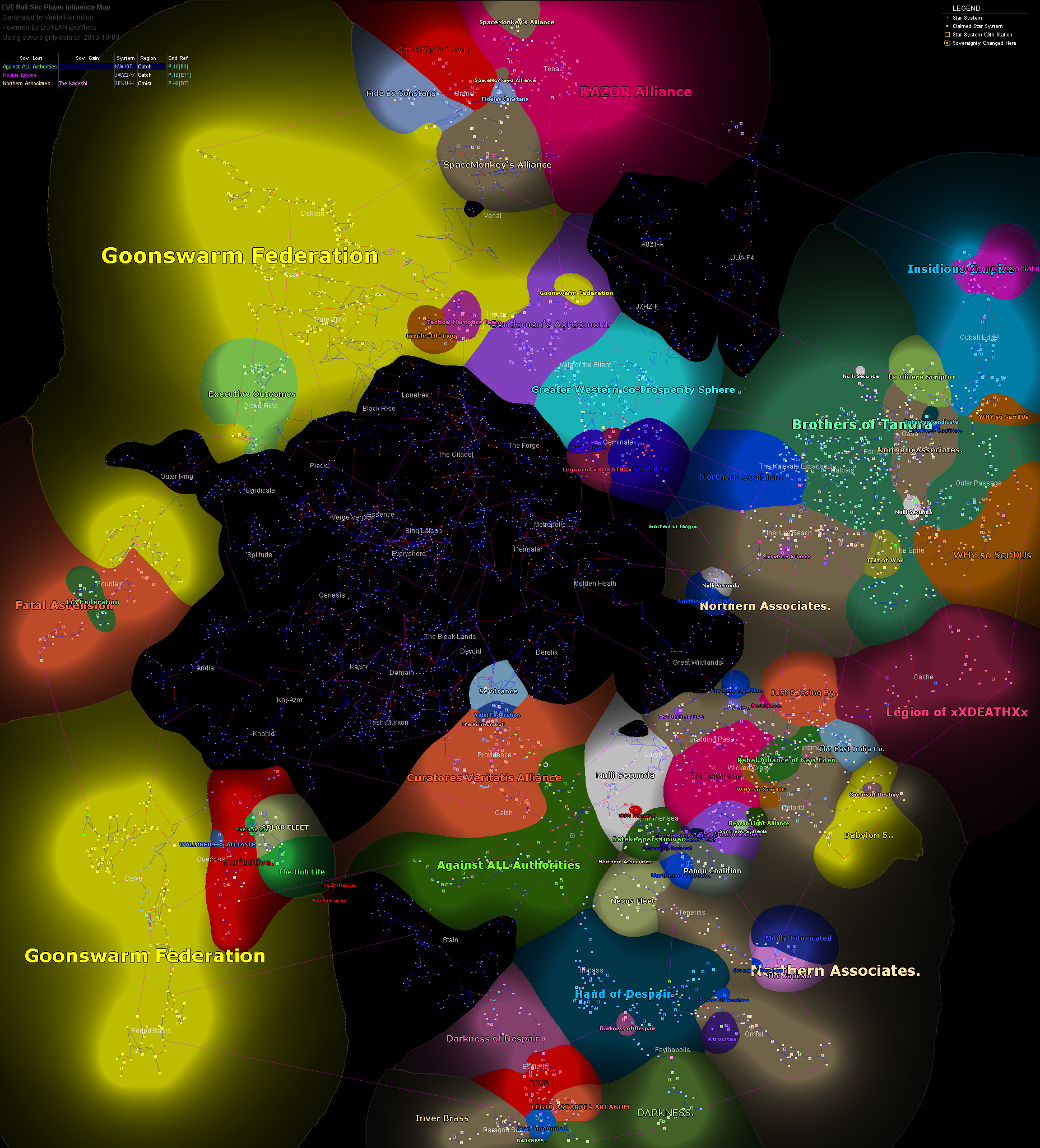 Meanwhile, the Greater Western Co-Prosperity Sphere alliance acts as a lovely buffer to absorb attacks.  Sure, people could invade the heart of GSF space through Pure Blind or Venal and bypass this buffer... but will they?  The level of threat in the rest of the galaxy strikes me as remarkably, historically low right now.  Mittens even jokes about already beating "Literally Everyone Else In Eve."

So what happens next?

The rank-and-file Goon presumably will get bored in a few months time.  They've been fed on constant warfare and conquest for quite a while now, with the need to pull back and defend their home space coming less and less frequently.  Say you're CFC leadership.  Once you consolidate North and South America and the troops are piling up every turn and your bonus cards are stacking up... what do you do with them?  If the goal isn't to push east and close the circle, what is the goal?

I've joked about Goons winning EVE before.  But now it feels like that nothing short of a Haargoth Agamar level betrayal is going to dislodge them.  Or maybe forgetting to pay a sov bill.  Or another game coming along.  In the meantime though, what next?
Posted by Jester at 10:04 PM