Kill of the Week: iScorps!

Marlona Sky gets bonus points for pimping his out.  EntroX gets points for creativity.  These two fits were courtesy of a little event run primarily on Failheap Challenge, but also announced on the EVE Online forums.  The gist of the event, run by the former T'Amber, was that players could nominate other players that "contribute to EVE by creating content and enriching our experience."  The "winners" would be "given" an Ishukone Watch Scorpion to fit out.  At that point, they were required to undock in the ship and then suspect flag with it.  At that point, everyone in Jita who cared to was free to shoot at the iScorp.  In order to dock, the "winners" had to answer "a series of eve questions which will need to be correctly answered before an attempt to redock their ship is made."  Only if the questions were answered correctly and the ship safely docked would they be allowed to keep the ship.  Looks like they didn't, and they weren't.  ;-)

I gotta say... that's incredibly clever.  Congrats to the "winners", and congrats to "21 Day Trial" for a really creative EVE player event!

Honorable mentions start with this, quite possibly one of the worst Vindicator fits I've ever seen.  I'm just going to sit here and hope that he undocked in a hurry after a rushed refit.  Because otherwise the only thing that I can think of is utter incompetence.  That this was done to a Vindi is a crime.

I do love a theme roam, so I really like this Drake kill.  Other than the missing rig, I've definitely seen worse Drake fits.  And you have to appreciate the fact that he put up a fight.  But what can you do when you get swarmed by combat Ventures?

This Abaddon ganked in Uedama is just fun.  Given the epic troll nature of the fit and one amusing item in the cargo bay, there's every reason to think it was on purpose.  Still, the variety and nature of the various things on this fit make it fun to look at.  I'm going to hope this person isn't quitting EVE because EVE needs more players with this sense of humor.

A Mega attacks a Raven, he expects a good fight.  Maybe the Raven will kite off... how do you tackle him?  How do you ensure the ability to apply damage?  You imagine how the fight will play out in your head, make your plans, engage... and then this particular fit happens.  The guy that did it presumably can't claim ignorance, being a long-time EVE player...

The loot fairy was in a good mood this week!  Here's a couple of examples, this Ibis and this Ansharr.  The latter is a particularly dumb loss.

Finally, it's tempting to link some kills from the live event but I think I'll resist.  The event did have one redeeming feature going for it, though.  Xenuria got podded.  ;-)

Two supers to talk about this week, and unusually both of them are Wyverns!  The first Wyvern was killed down in Catch by a Black Legion gang of Maelstroms, which will do the job as long as you have about 70 of them supported by about 15 Scimitars and a dozen Huginns.  Go take a look at the fleet list... it's sort of an impressive array of brown... with a few Heretics and a half dozen Lachs thrown in for flavor.  ;-)  The joke is that BL has gone from killing supers with other supers, to killing them with dreads, to killing them with carriers, to killing them with battleships...

The second Wyvern killed was this one, with Snuff Box supplying the bulk of the DPS in Black Rise.  The big story on this one is that Snuff Box apparently offered a 20 billion ISK ransom to let the Wyvern go.  The pilot involved paid two billion, then apparently said "done", was caught out not paying the full agreed-upon ransom, sent some more ISK, but it still wasn't enough... and so the hammer came down.  I presume Snuff Box kept the money in addition to the kill.  The details are in the killboard comments of this one.

Now of course the fight of the week was in KW-I6T, with a titan tackled as well as multiple super-carriers and titans on field.  But thanks to the little node crash that happened during the fight, no supers died there, unfortunately.  There's some pretty amazing screen-shots from the fight, though... 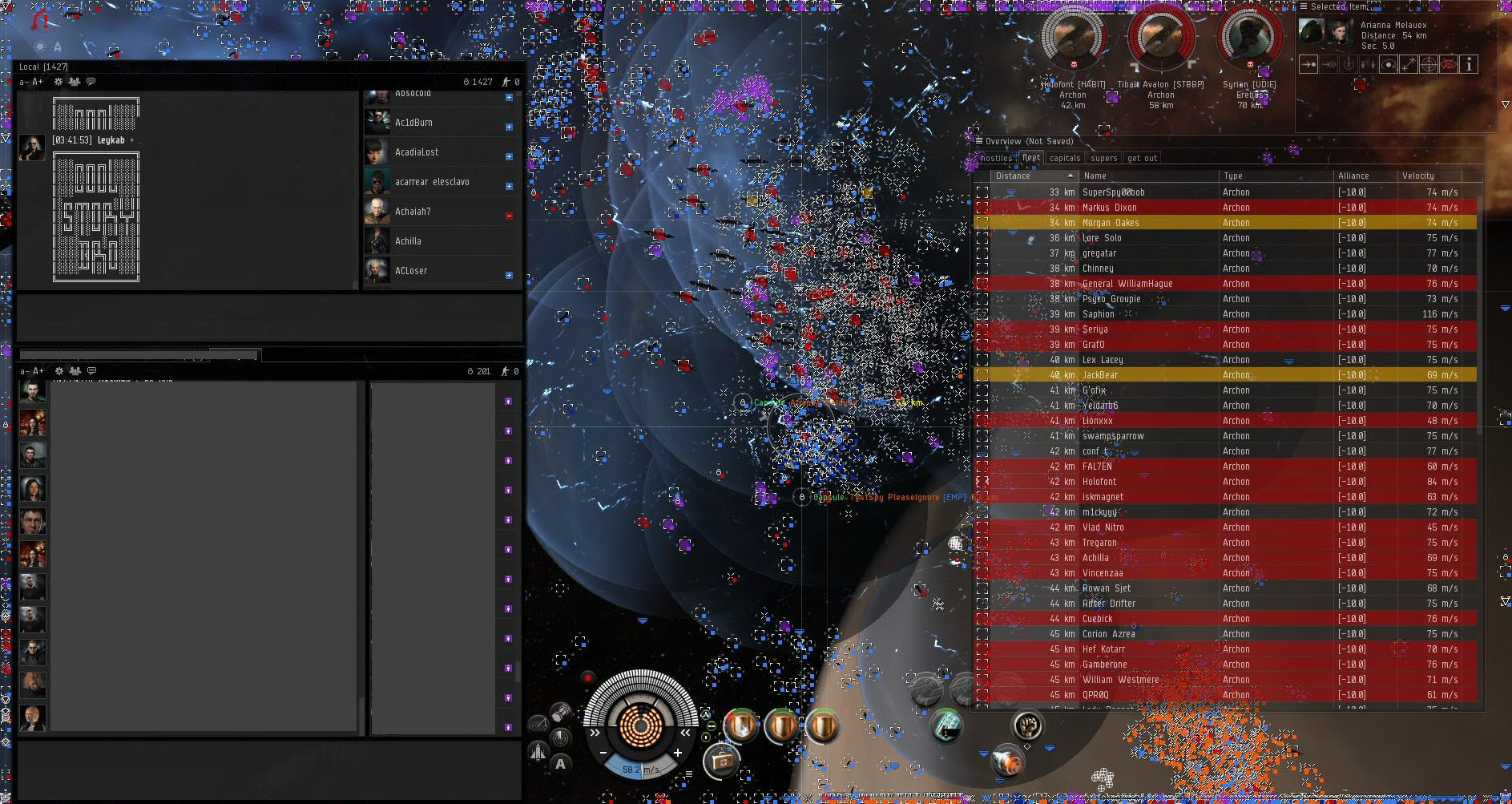