While I was rereading the Penny Arcade Report piece about new players in EVE the other day, a paragraph caught my eye that deserves special mention:


There are other misconceptions about the game too, but Helicity [Boson] often dismissed them out of hand. He barely had anything to say about the common idea that EVE is a game of so much complexity that it requires Excel spreadsheets to keep track of, adding only that he'd never used a spreadsheet in all his years of play.

Uhhhh... yeah. This statement deserves a bit of review.

The thing that ties all of these things together is that some of them are spreadsheets today, and the rest were once spreadsheets. And the tools that aren't spreadsheets still look like spreadsheets. That's been forgotten but it doesn't make it less true. Every single EVE app in use today is just a spreadsheet made a little bit prettier.

When I first started playing this game, ship fitting was done primarily with huge annoying spreadsheets that had the information for mods, ammo, ships, et cetera. EFT and its follow-on apps were built on these bones, but those spreadsheets are still around if you look. Here's a little screen-grab from one I used in 2008. I won't post the whole thing because it's 48 megabytes...

And where the guides players used weren't spreadsheets, they looked like them or were direct copy/pastes from spreadsheets into graphics files: 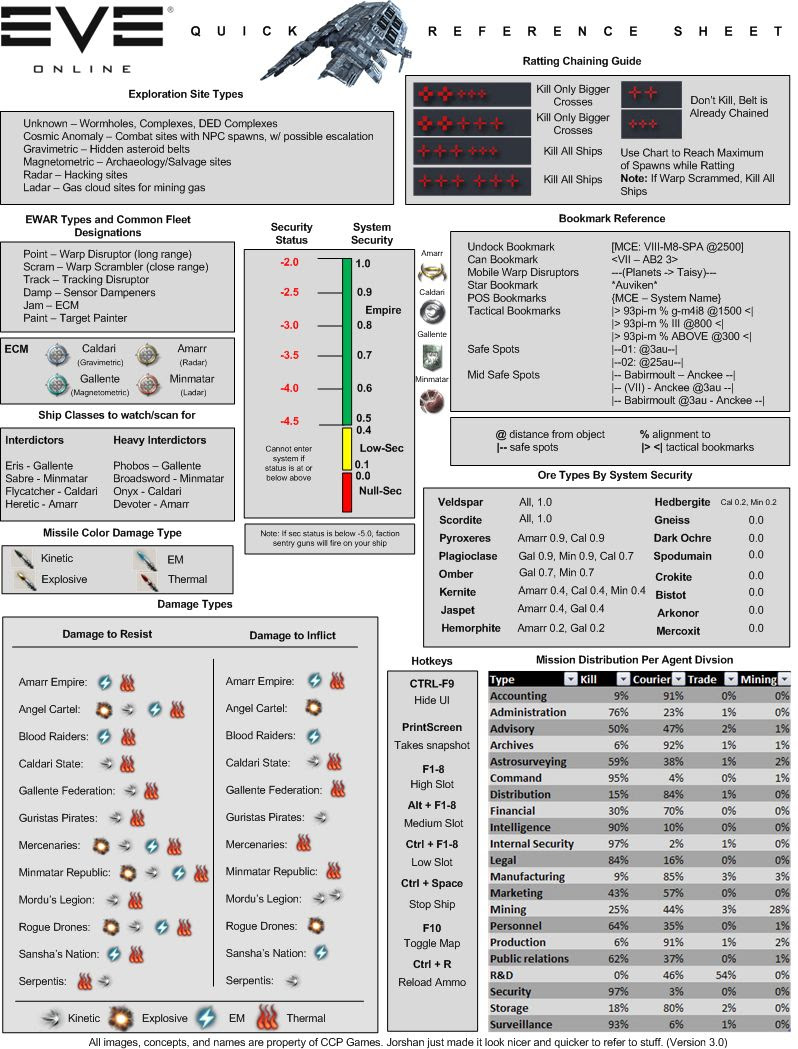 A lot of us are still using tools that look like this today. Here's a Google spreadsheet with a handy reference to the names of most every ship in the game (it hasn't been updated with the Stratios or Astero yet, nor the recent hauler renaming). Here's a spreadsheet from last year with the names of lots and lots of supercap pilots. And many of us (including myself) have their personal spreadsheets with which we use to track a zillion and nineteen things depending on personal preference. And most of these spreadsheets and all of these external tools have the nastiest possible :math: behind them. Here's the formula for the acceleration of a given ship based on inertia and mass. I use it to this day; I used it recently to do guesstimates of how fast a plated Stratios would get into warp(1):

But of course, once the EFT files for the Stratios were available, I used those instead. Because EFT is a much more user-friendly spreadsheet than a spreadsheet is. EFT will always be there to calculate the grid and CPU costs of mods as we insert the lines for each mod into the little spreadsheet-like rows and columns the tool is built on. And I assure you if we didn't have EFT and Pyfa and EVEHQ, we'd all still be using plain old-fashioned spreadsheets for everything.

And I didn't even mention the spreadsheets in game.

Anyway, keep it in mind the next time someone tries to make a claim that EVE isn't a spreadsheet game. I defy you to play this game without them. ;-)