Welcome to the junk drawer, part of a series of monthly posts in which I dump all the stuff that I couldn't develop into full blog posts this past month. And there's a huge amount in the junk drawer this month, so let's get started.

This was kind of entertaining if you like seeing EVE players do what they do best (hint: it's not flying spaceships). It's a forum thread started by Mad Ani, asking EVE players to petition CCP to hire him... to stream himself playing EVE Online.

Now I'm as big a fan of EVE content creators as the next man, but this is really entertaining on a whole host of levels. The first few pages of the thread are of course Mad Ani's fans supporting the idea. Then a few neutral players jump in pointing out that people who work for CCP have to... you know... work. Then the 19-page thread descends into a full on charlie-foxtrot of fairly epic proportions. You see, ISD was hanging over the thread preventing personal attacks.

So people found more and more creative ways to express their dissatisfaction with the idea of hiring Mad Ani without getting into straight ahead ad hominem attacks. Seeing what was left behind by ISD becomes funnier and funnier. It starts with "Your stream looks like geocities gif-trash. You have the aesthetic sense of Homer Simpson designing a website." But as ISD deletes more and more traditional attacks, players have to go in directions both creative ("hiring Mad Ani would require him to stop streaming... I support this") and subtle ("try to be informed.").

It's a pretty entertaining read if you have the time. By page 19, even Mad Ani himself is embarrassed by the whole thing and asked that the thread be locked.

A few "distant voices", one per paragraph.

Here's something I was pointed at this month while I was fighting with the math for missile damage in EVE. It's a whole lot of :math: going to a pretty deep level of how missile damage happens, in exhaustive detail. Very useful stuff! I've been using it to occasionally provide my own alliance hard data on what HAM missiles do in a variety of situations.

Interstellar Privateer did a terrific job of pulling together all of the new features in Rubicon into a single blog post. If you haven't read it yet, it's worth your time.

Mabrick had a really interesting post this month on using Google Analytics. This is something I've been doing it for years, but then he turned it to an avenue I hadn't thought of: using it to measure relative interest in EVE Online, Dust 514, and Valkyrie. Brilliant! But worrisome too. Go check it out to see why. I'm likely to have more to say about this sometime in December.

For a few days, the 20m3 Bastion Module had a 200:1 mineral compression ratio, shattering the previous record. Needless to say, at the urging of this post on Reddit, posts on the EVE-O forums, and some strategic begging from CSM members including myself, CCP put a stake through that.

And finally, I've updated "Infrequent but Important" again. Helicity Boson is out, and so is TeaDaze. (Sigh.) But Neville Smit is finally in. ;-) Now I need someone to replace The Altruist in the top dozen blogs. (Sigh again.)

At last official report, the PLEX for GOOD campaign for Philippines typhoon relief stood at 2864 PLEXes. I urge you to support this effort if you have not already. Donate a PLEX for no other reason than the t-shirt design for donations is well done, simple and elegant... 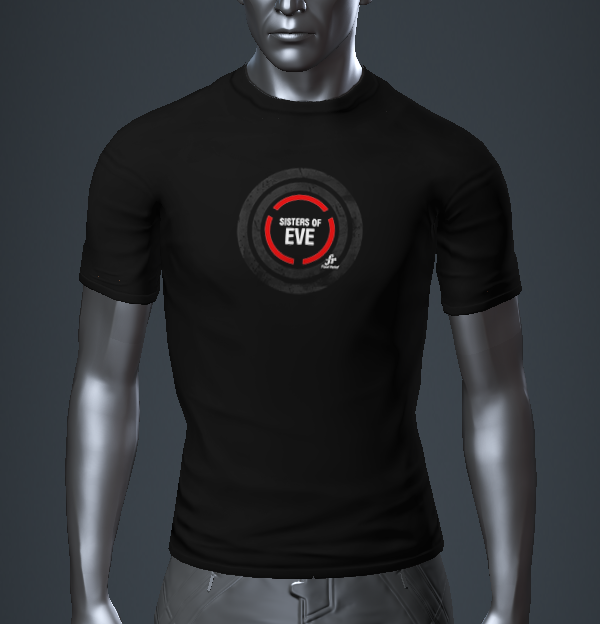 I had a few players bitching to me about the "over-effectiveness" of interceptors against PvE players using defensive bubbles. In particular, I was pointed at the video below. All I could say to them was "working as designed!" Mining fleets in particular are the only time in EVE where you see every single player in the same type of ship. Nobody ever thinks to defend their mining ops for some reason. And that's fine -- treat the ship losses as a cost of doing business if you like.


But don't expect not to lose them to a well-done raid. I thought this one was pretty freakin' brilliant.

Speaking of brilliant, I got a big kick out of CCP Rise's "Ask Me Anything" thread on Reddit. Go spend some time with it. There's lots and lots of fun stuff to be found here.

And that's all for the junk drawer this month.  As I said, lots of stuff this month!
Posted by Jester at 10:53 PM