As I write this, CCP is broadcasting their charity stream for the PLEX for GOOD efforts for Philippines typhoon relief. It's a fun bit of random events: a cooking competition between CCP Bettik and CCP karkur (Bettik's food was judged by CCP Bro to be "slightly less horrible"), a demonstration of close-quarters fighting by Icelandic mixed martial artist Gunnar Nelson, and an ummm... "brawl" between CCP Dolan and CCP Guard. Just a lot of fun one-off activities. I guess CCP Dolan will be shot by paint-balls later in the broadcast. 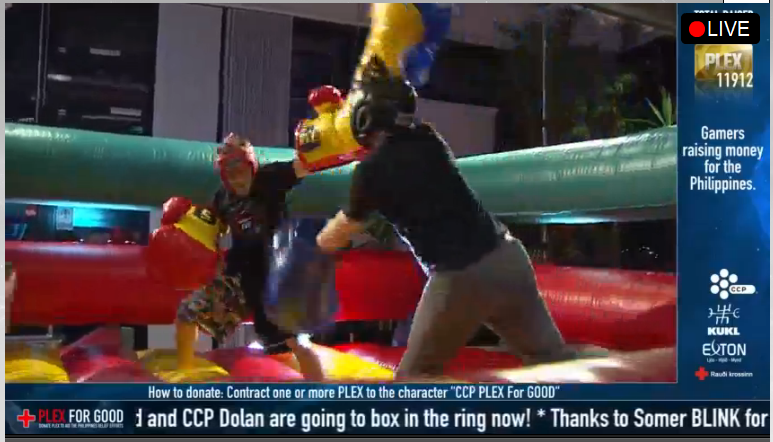 The good news: lots and lots of PLEXes were donated today! The total stands at:
...for a total of $178,680. Big thumbs up to the two big donations and to everyone else who is contributing! Quote of the event (after Bro looked a little uncomfortable at the food...):


alvatoredimarco: I hope CCP Bro has an updated clone

Go give it a watch, and if you haven't done so already, please donate a PLEX or two to CCP PLEX for GOOD.

EDIT (7/Dec/2013): Dolan ended up being pelted with 90 paint-balls. And pelted is the right word. Even those of you that wanted Dolan to be hurt probably feel bad for him if you have any soul at all: 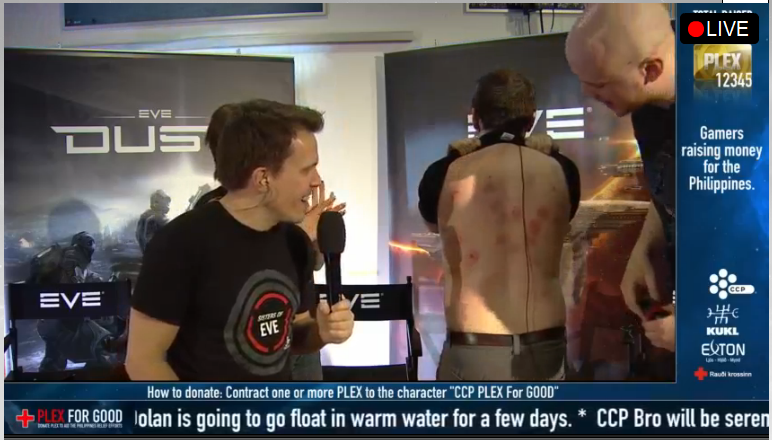 The front is reportedly worse. o7 Dolan! You're a hero.