Sov war is not, never was, and never shall be my area of expertise in this game. But there was a fight tonight to rescue or destroy a group of SOLAR super-carriers in Tenerifis this evening. It will be the big EVE news story of this week. The supers were operating without sub-cap support because that's what supers do in this game. And the attack fleets that came in to kill them? Well, see for yourself.

Here's a graphic representing two directional scans of the battle: 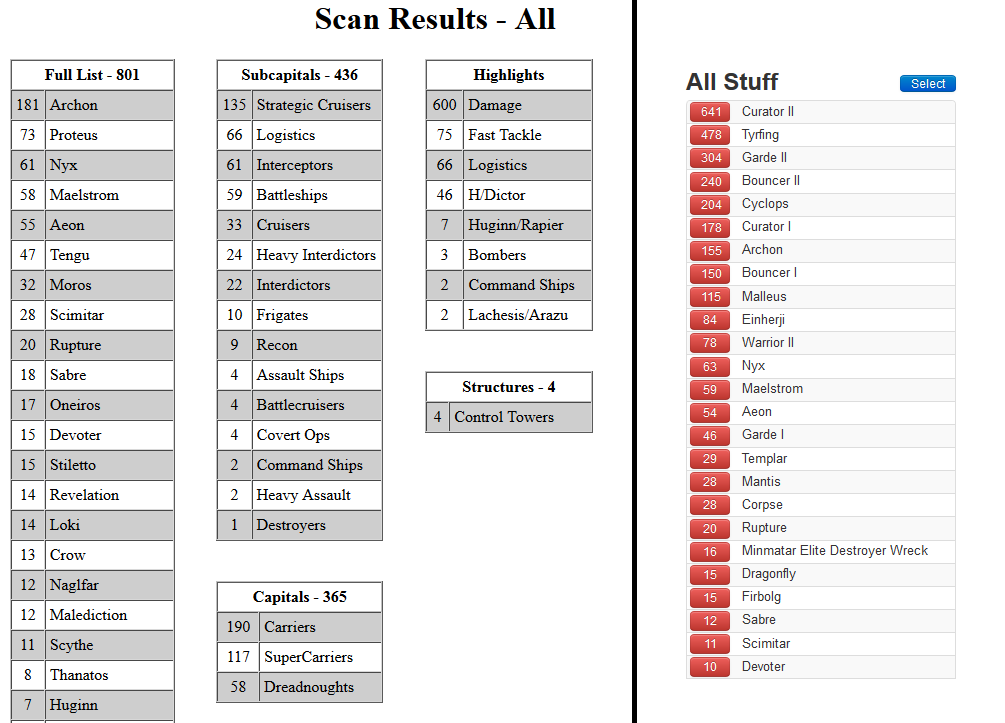 This is now a proper fleet composition at the high end of EVE Online. All I've been able to do for the last 20 minutes is stare at these two d-scan results and shake my head. This is now how EVE Online is played if you want to be one of the big boys on the map. This is where we are. We are at the point where the only defense you have if you do something dumb is to hope your opponent does something dumber: bring in so many carriers and super-carriers ships that the game's server crashes.

It is no longer possible to express in mere human language how irretrievably broken the high end of this game is.
Posted by Jester at 9:39 PM