Very light partially frozen "wintry mix" made the darkened streets of Reyk a bit treacherous to navigate for the morning of day two. But fortunately, our walk to CCP is very short and we made it without any falls or incidents.

Lots of NDA'ed sessions as part of this day! So unfortunately this update is going to be a little bit light. Many of the sessions spoke to the very heart of what the summer release is going to be about. As a result, we're not going to be able to write about these sessions until the feature set for summer is announced. This is a side effect of the summit this time being a bit further from the summer release date. By the time of the summer summit, a lot of the intended features had been announced. This time, that isn't the case. So I apologize for all the NDA'ed summit titles below.

From the "credit where credit is due" file, Korvin joined us for virtually every session today! So we had 13 out of 14 CSM members participating throughout the day with a good volume and mix of opinions. Still no Kesper North, though...

Today was definitely the heavy lifting day of the summit, with a lot of core discussions taking place...


Session Nine: 2014 Plan Echo. The first of four topics today where the topic title was NDA. I almost changed them to single words for each one, but "2014 Plan Echo" is what CCP Dolan called this one so I'm going to leave it alone. It at least tells you that it's something that will almost certainly happen in 2014. ;-) Other than that, I can't say a thing about this one except CCP basically came into the room, sat down, asked us for ideas on a project, and wrote down everything we said. I can't recall anyone from CCP saying "we're thinking of doing X" and asking for comments. It was all "what should we do about X?". Kind of refreshing!

Session Ten/Eleven: Feature Discussion Foxtrot/Golf. The second of four NDA sessions today, this one focused on the major deliverable for the summer expansion. Again, I can't say a thing other than what I saw very nearly made me squeee. ;-) The common reaction of several of the CSM to these two sessions was SHIP IT. MONDAY. Sadly, that ain't gonna happen but I'll be quite happy when it's in place.

Session Twelve: Discussion Hotel. The third of four NDA'ed sessions, this is a speculative idea that CCP has been throwing around the office that they wanted impartial feedback on. The idea itself (and therefore the session minutes) may never see the light of day. It's safe to say that the CSM was of mixed opinions on the idea, with some being hugely enthusiastic and others being hugely not so much. I'm really pleased that the devs in question felt that they could trust us to listen to a speculative idea and provide feedback without expectations. It's the very thing we promised them we would do when we took office. What they say they're gonna do? Fair game for follow-up. What they say they're just thinking about? We'll leave 'em alone.

Session Thirteen: Ship Balancing. There will be ship balancing for the summer! Amusingly the session started with a series of yes/no/maybe questions about specific ideas being batted around for specific ships. mynnna jokingly called this "ship balancing by show of hands." Mike Azariah worried that it wouldn't provide sufficient accountability to individual CSM members and how they voted but I'm not overly worried: all the votes but one were pretty one-sided one way or the other. Discussion then moved from specific summer plans to more generalized discussion of ship balancing topics. It was a good session!

Session Fourteen: UI. The UI team continues with the work they showed us in the summer and brought us a status update on how that's going. You can read about that part on page 58 of the Summer Summit Minutes. However, the bulk of the session was spent on specific UI changes and fixes that the team is either ready to deliver or is working on for summer. Several of them had CSM members saying "thank you!" or "yes, please!" so there was some really cool stuff here. I brought my directional scanner range slider mock-up and promised the next embroidered hoodie to the dev that made it happen. There was some interest shown in collecting. ;-) Another good session! 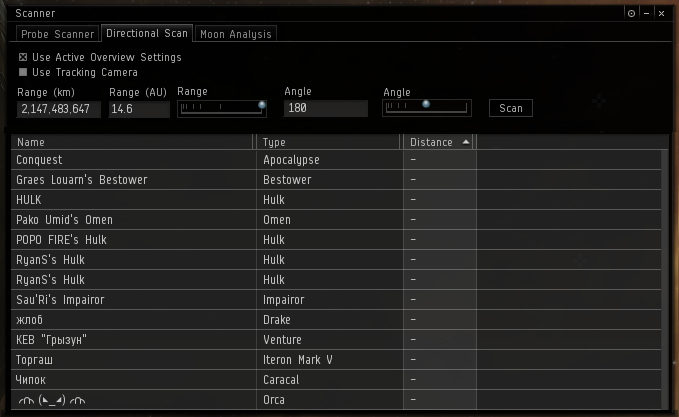 Session Fifteen: Feature Plan India. Finally, the fourth NDA'ed session of the day was a continuation of a CSM-requested session from yesterday. I have no idea why the title of this one is NDA'ed. It shouldn't be since the CSM requested it. I'll talk to Dolan about that today. That said, the session was very productive -- maybe the most productive session of the day! -- with spirited discussion back and forth across both sides of the table. That made four really productive sessions in a row. The CSM is earning their keep!

Here and there during the morning, CCP Fozzie brought out a CCP tool for internal metrics of EVE and shared the data with us, then asked for specific requests as to data we'd like to see. It was almost like having the QEN back for a few hours. ;-) I'm not sure if I can share what metrics I asked for so I'll be safe and not say. That said, they were things that I was curious/worried about and Fozzie agreed enough with my curiosity to oblige me and work up the graphs. Overall, I was pretty happy with what I saw except for one metric which was very slightly worrisome. I'll ask if I can share the metrics that I requested and their results. If the answer is yes, I'll put them in tomorrow's update.


After the session, dinner at CCP was quite good! All of CSM8 then adjourned to Nora's later that evening where Fozzie and CCP Guard joined us. No business that I can recall was discussed; it was just a casual evening spent chatting. Things wrapped up for most of us relatively early. As I said, this session is much more intense than summer was and several CSM members claimed the need for sleep...

That's all I can think of for now. Day three awaits!
Posted by Jester at 10:51 PM