Year in the Life: PLEX cycle 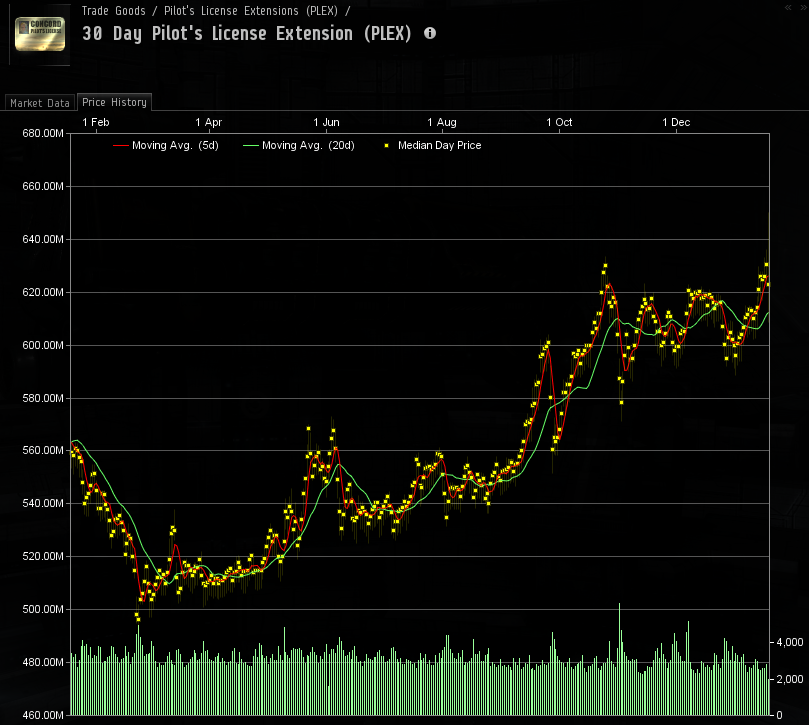 In the last two years, PLEX prices have gone through a recognizable cycle (all seasons, northern hemisphere):
It's a cycle predictable enough that players and bloggers have started counting on it. And each year the peaks escalate by 50 or 60 million ISK: the October 2011 spike was 500 million ISK. October 2012, 560 million ISK. This year, it was about 610. The valleys in 2011, 2012, and 2013 show similar trends, just with bigger escalations each year, closer to 100 million per year than 60. The winter valley in 2011 (it happened in March that year) was 320 million ISK.(1)

But prior to that first valley and peak in 2011, PLEX prices were actually pretty stable long-term, if two prior years of data can be considered "long term". Here's the proof: 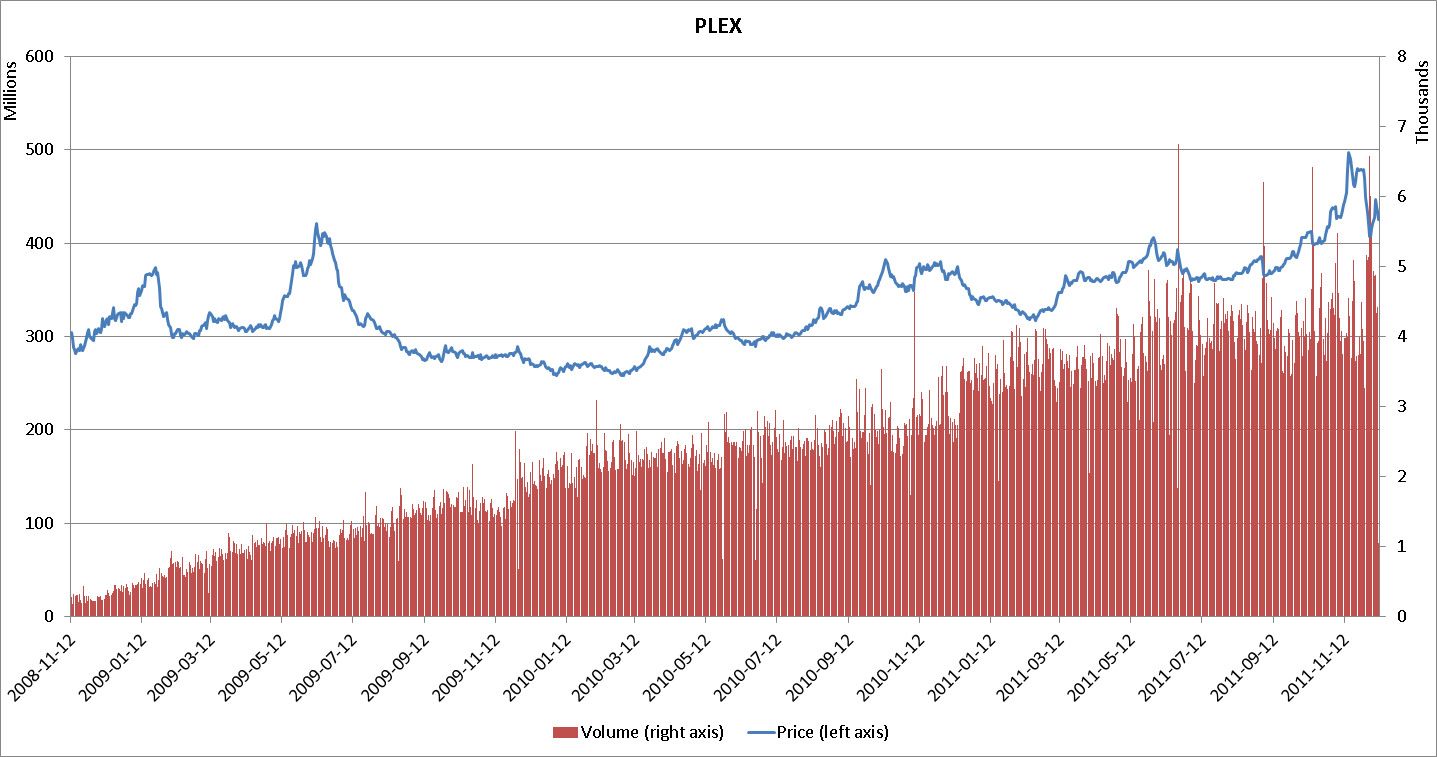 So the PLEX cycle does break, and has broken before.

I bring up this moment as a bookmark because I feel like the cycle of the last two years is going to break in the coming year. I don't have any specific proof of it... just a feeling. That feeling is based on my sense that the EVE player base is becoming more and more "distilled": more dedicated long-term multi-alt vets being fed PLEXes by fewer and fewer newbies buying them trying to get a jump-start into the game. A close review of the data will reveal that PLEX volumes are inching slowly, steadily downward: supply is being reduced. CCP seems to be responding to this with more frequent PLEX sales and this will certainly help, slowing the trend.

But if I recall correctly, economics still have something to say about prices when supply is reduced.

Anyway, I might be wrong, but I wanted to bookmark this moment. I'll come back to it in four or five months after the winter "bottoming out" has either happened... or hasn't.