Frequent forum writer Marlona Sky has written a blog post! And it's a doozy.

I've said many a time that EVE's small- and medium-gang PvP'ers will only endure 15 to 20 jumps in order to find a fight. This is why I refer to 2009 and 2010 as the golden age of this kind of play in EVE. That was the time that you could cross 15 or 20 jumps and in this time cross the borders of six or eight small states who might form up to fight you. These days, the map might say you're crossing six or eight states, but all of them are allied and if they form up, they're going to form up together, 200 or more strong.

And they're not interested in giving you a fight.

Marlona converts this problem into an absolutely devastating re-imaging of the EVE Online map -- and yes, it's oversimplified it a bit. But looking at it, the words of Malcolm Reynolds echoed through my head: "Come a day there won't be room for naughty men like us to slip about at all." 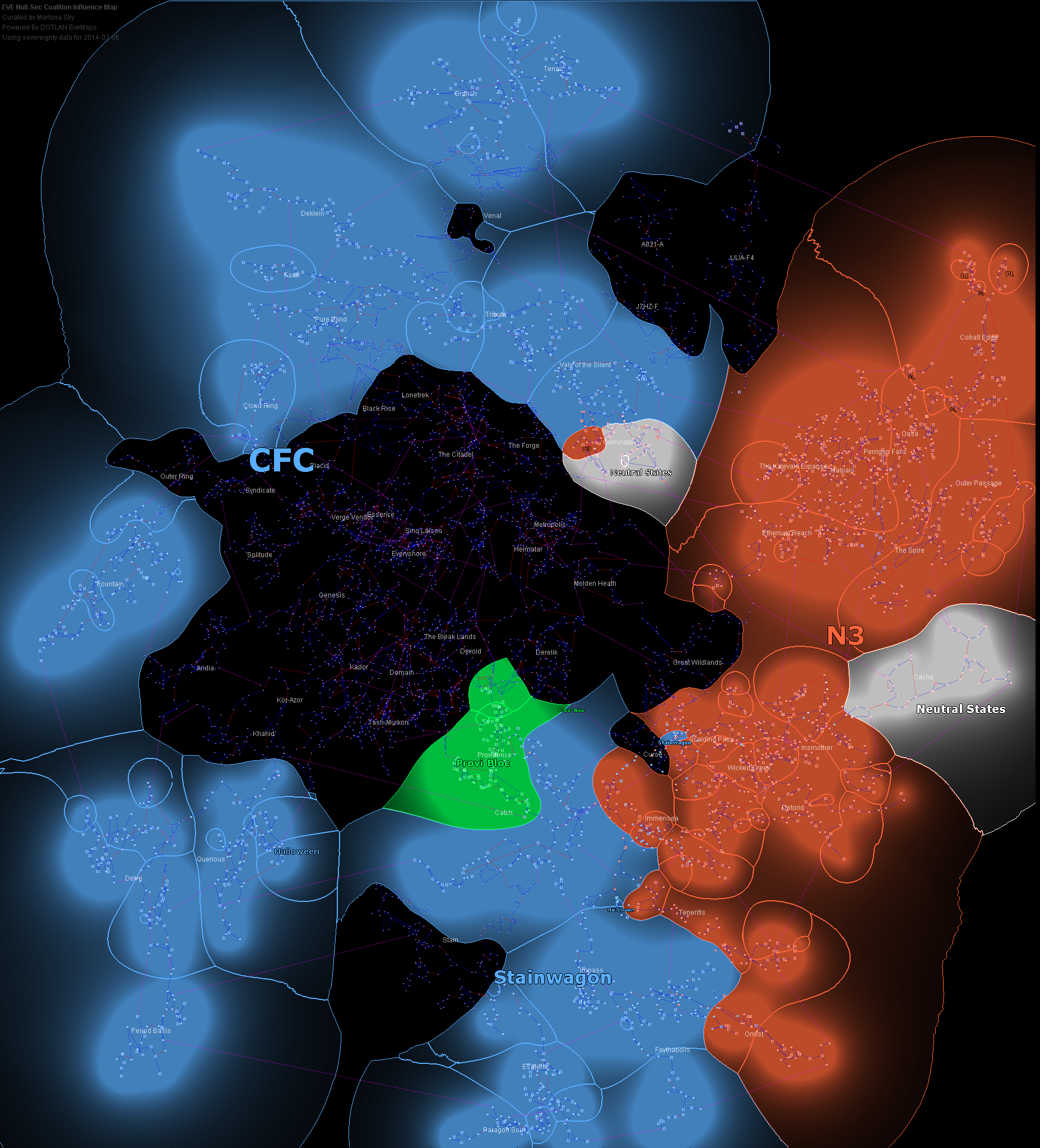 And if the piece stopped there, it would be a fantastic blog post. But that's just where Marlona starts. It's barely the introduction. Instead of gate jumps, Marlona converts this equation to the amount of time a gang will endure before a fight. He then examines how long it takes -- in this re-imaging of the EVE map -- for one fleet to reach the fleet of an enemy. Hint: the fact that he uses 99 jumps as a baseline should tell people something. And that analysis is -- if anything -- even more devastating than the map itself. It also includes an amusing quote of the week:


Often times while stuck in an uncool version of Bullet Time from The Matrix, [sov blob players] long for the joys of smaller scale warfare.

Marlona then suggests a solution. While I'm not entirely sold on it yet -- it's quite complex, but is it good complexity or bad complexity? -- it is interesting and it's causing a lot of discussion this morning right across New Eden.

So go read the full piece. It's long but very much worth your time and it will get you into the discussion. And given that Marlona went to the trouble to put it on a blog site, may this be the first of many such blog posts!
Posted by Jester at 8:09 AM