You know, rereading my post about the Overview brought me to that line about games with scroll bars. In the post, I said I couldn't think of a game with a scroll bar, but once I sat down and really started thinking about it for a few minutes, I realized that isn't true.

Games with tech trees and player upgrades and such generally have scroll bars. And map-based games usually include the ability to grab and drag the map this way and that, which is like a scroll bar. And a few RTS games have both of these: Homeworld 2 comes to mind, for instance. When I sat down and really thought about it, I remembered I always seemed to be fighting with the scroll bar in its build interface at the exact wrong moments. I would always be searching for something I desperately wanted to build at that moment to counter some strategy the AI was throwing at me.

But of course, I could cheat: I could pause Homeworld 2. So that wasn't really real-time, as such. 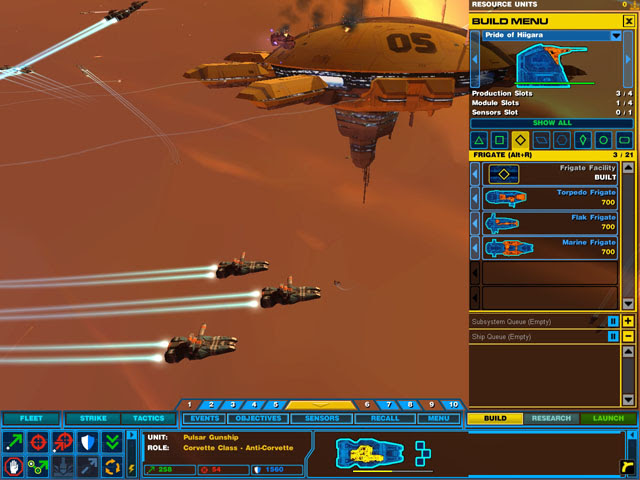 Let's take tech trees and build queues, turn-based games and games you can pause, and other such games out of consideration for the moment. Besides EVE, is there another real-time mainstream game that includes a scroll bar as part of its main UI that you see while you're hip-deep in the game?

I couldn't think of one. But maybe the diversity of games I play just isn't broad enough. Can you think of one? Go!
Posted by Jester at 11:55 PM