She blinded me with science

This post has the potential to be contentious. Ah well. As the poet said, if you're not being criticized, you may not be doing much.

In my previous post, I talked very briefly about the need to always keep learning about EVE mechanics, which is mostly not a bad thing. Learning is always good, et cetera. But it does sometimes create unintended consequences, which when they are good CCP labels as "emergent game play" and when they are bad generally escalate into "EVE players are dumb" situations.

There is, in short, a science to everything in EVE.

And when players know how to use these things, we say they are "good at EVE" or "smart" and when players don't know how to use these things, we say the opposite, including labeling them as "dumb" when the correct word is ignorant. It's not that that they're inherently stupid (usually), it's simply that they are uneducated. The day they learn something new, the clock I talked about in the previous post resets and hopefully they won't make that mistake again. Certainly, there are people in this game that insist on making the same mistakes over and over. But contrary to popular belief, many EVE players are actually pretty smart and if you explain the science of how something works to them, they'll get it and they'll follow it.

It's just that in real-life science, things are documented. In EVE, the science of how to do complicated things are jealously guarded secrets used by the initiated against those who are not. 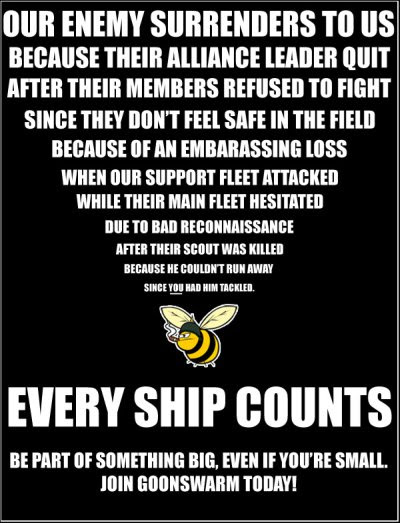 For every story of a hero newbie tackling a high value target, there's another story of a newbie whose name is mud who bubbled a friendly capital or super-capital... or got an alliance's wallet and assets stolen.

And when the newer player makes a mistake that affects something big, it's never the newer player that pays the price. The new player loses a dictor. It's the vets that trusted him that lose billions. Or hundreds of billions.

But was he dumb? Or merely uneducated?

And then we bemoan how few content creators -- or "instigators" as CCP Seagull calls them -- there are in this game. With so much science to learn and understand, and with the slightest mistake being picked up on and exploited, it doesn't surprise me a single little bit that there are so few. Who wants to take that risk in such a risk averse game?


(1) Examples: using SBUs to "blockade" your own space as a defensive measure, the old dec-shields used in high-sec, placing your ESS in a spot inaccessible to anything but a fleet, and other such tactics.
Posted by Jester at 10:19 PM