It's definitely not my intent to beat anyone up. But I call them like I see them. So, I'm going to keep this post to the point, stating my opinions and why I hold those opinions. Ready? Here goes: I think it was a mistake for CCP Bro to take on the hosting duties for the second New Eden Open. 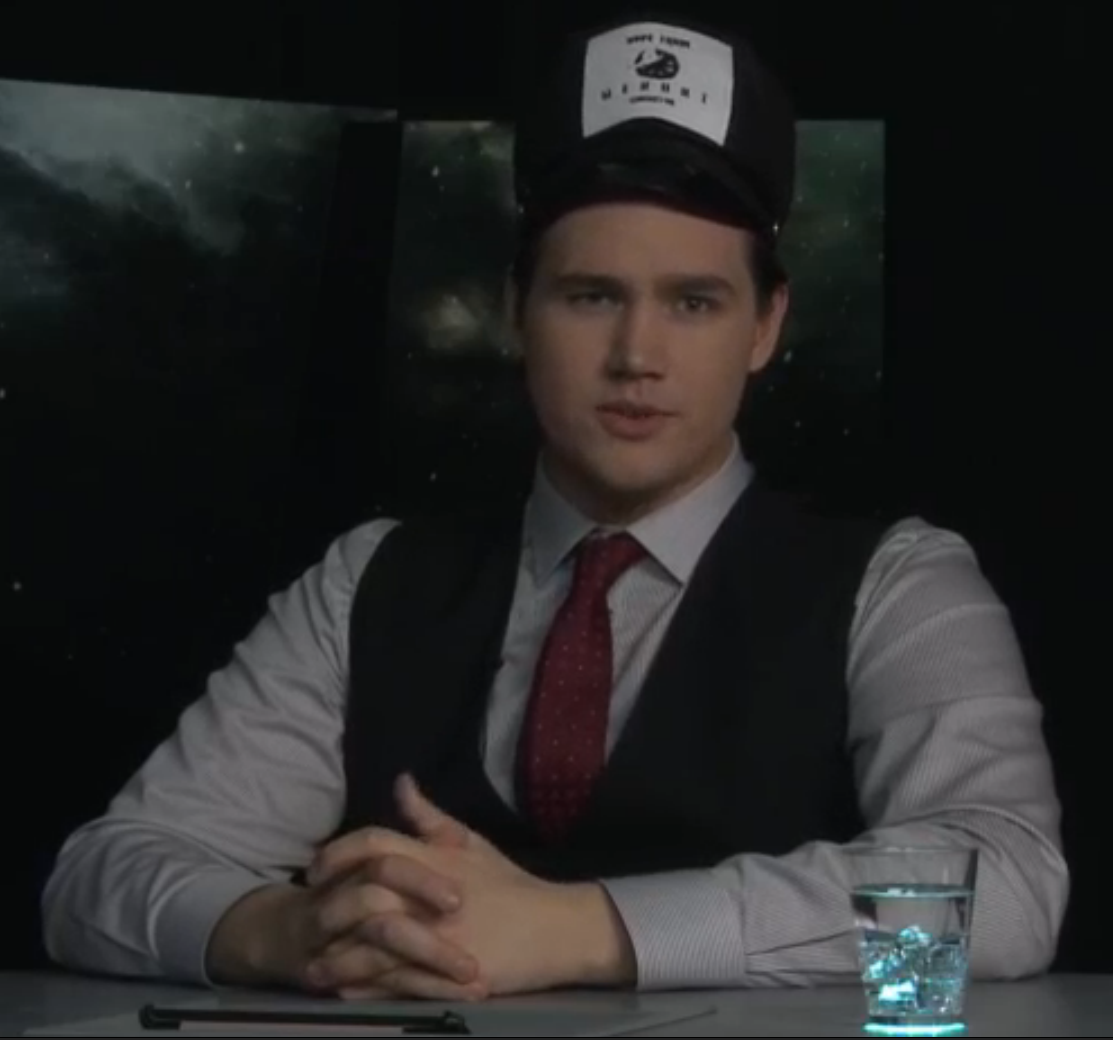 First, let me get my biases out of the way. I really really like CCP Bro, both personally and as a CCP employee. I recognize he's in a difficult job at CCP. It's his job to generate excitement for EVE-based eSports and maybe in the future, all CCP's eSports. He's having to do this difficult job on what feels like a shoe-string budget with less-than-stellar support both from within CCP and from within the EVE community. And I admit right out of the gate that I was biased... not really against Bro, but for someone else. I really wanted CCP Guard in that chair.

Guard is affable, smart, has an excellent camera presence, and can control a discussion without seeming controlling. I've seen him do it dozens of times on EVE TV at Fanfest and other events. Hell, I've been interviewed by the guy myself.

Now that said, I'm trying to fight past my own biases and give Bro a chance, but he's serving two masters right now and I'm afraid it shows, and shows painfully:
In the process of trying to do both of these jobs at once, he's having difficulties with both.

In particular, it's a terrible mistake for him as the tournament host to show what is an unseemly bias for one of the participating teams, WeHURT. I know it's his job to expand the tournament audience. In this job as coordinator for EVE eSports, it's his job to back new exciting teams -- particularly a new team that brings its own audience as the WeHURT team does (made up, as it is, by streamers). Still, it's directly hurting his performance as the NEO host. 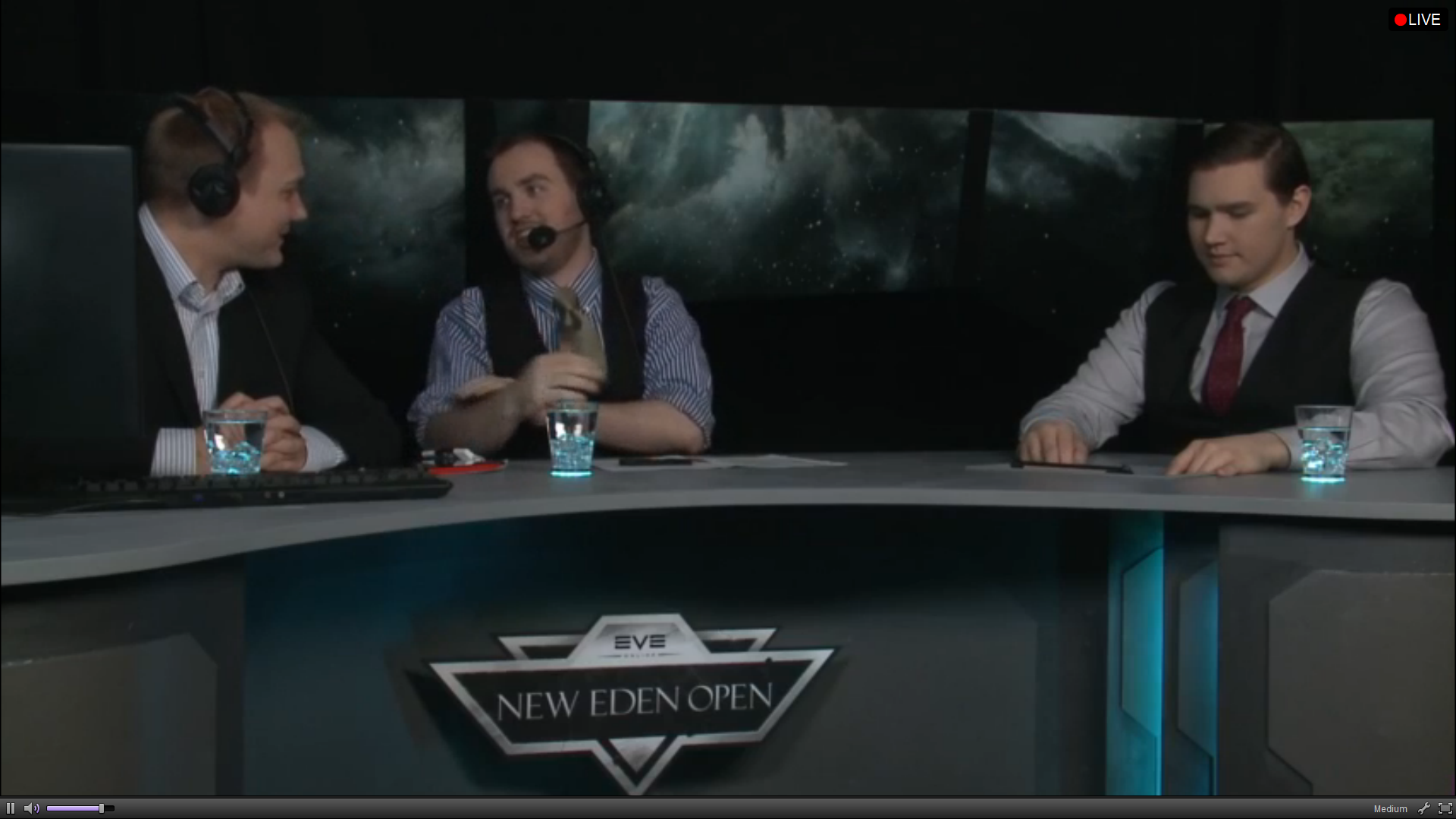 This showed up most painfully when the WeHURT team got full-on face-rolled by the Warlords of the Deep team today, twice. CCP Dolan and CCP Fozzie were having a little fun about this, making jokes about armored bullet trains smashing the WeHURT hype train and even the background guys got into the act, playing little videos of trains getting smashed up. And there's Bro off to the right, looking disappointed and pained that "his" team did so poorly. It took him way too long to shake it off and remember what he was there to do. At no point was he leading the discussion; he was just letting it roll over him.

One more thing: the whole hype train thing isn't even an EVE gimmick:


Maybe Bro is familiar with this and maybe he isn't, but the similarities pile up fast: the hat, the passing out of "tickets", the cry of "all aboard!" last week when WeHURT was about to take the field... it's all a mistake. You'll notice the host in that vid is properly staying above the fray. The impression we got today was that the other people involved were waiting for an opportunity to troll Bro. I have to admit I didn't care for it... even if it was pretty funny.

Finally, even if Bro weren't showing a bit of team favoritism here, I'd be concerned about his engagement level. A lot of this comes down to experience; ex-CCP Soundwave used to make this seem effortless (example). He'd start the discussion, guide the discussion, ask leading questions, turn to the camera and let the audience know that something was happening, then immediately turn back to and continue guiding the discussion. Even when he was getting information from his earpiece, he would never say so; he'd just give the information like he was omniscient (as we knew he was ;-) ). Engagement and involvement in the discussion... guiding it where you want it to go... is so important in the hosting job. Right now, Bro's working from a checklist. It's not a terrible first step but now he needs to put it aside and lead.

I'm certainly going to keep watching... none of these flaws are fatal. And it seems likely that Bro will get a second chance during AT12 later this year. Heaven knows I was initially very hard on Dolan and he's improved tremendously over the last few years. Let's hope these are growing pains and that Bro follows the same track.
Posted by Jester at 6:20 PM